Buzz LDS News OPINION: The Tragedy in Mexico, Our True Enemy, and Compassion in the... 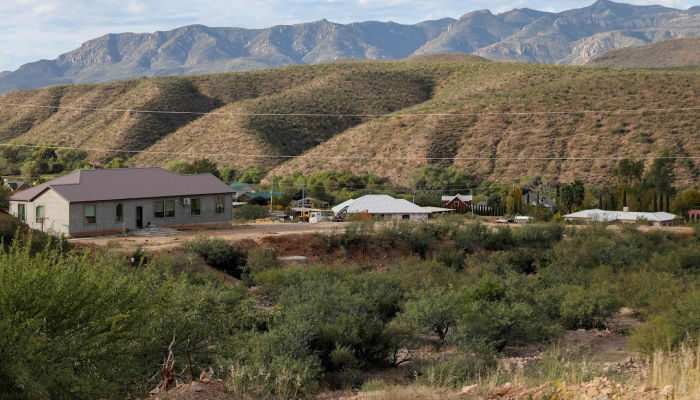 Note: this was written for both Latter-day Saints and those not of my faith. For more from me, please join my Facebook group.

I’ve been thinking about the tragedy in Mexico, in which a cartel brutally shot and burned alive American women and children. Having a wife and kids who mean the world to me, the reality of it hit me hard. I actually cried about it uncontrollably yesterday. Whatever their beliefs and practices, whatever their family history, those people did nothing to deserve such a horrific fate. Anyone making this out to be anything other than the tragedy it was should be ashamed of themselves.

I felt to write this today. Even if you disagree, bear with me. I believe we’re in the last days before Christ returns. Prophets and the Lord himself have foretold that things will get worse before that.

Unlike some, I don’t see non-Christians, atheists, LGBT persons, Muslims, or anyone else of kind heart and integrity as the enemy, destined for destruction when He comes back. While I do believe that sin exists and in following the gospel, I also believe that we’re all sinners and God will be more merciful and tolerant to all people of goodwill then many of us imagine, for “love covers a multitude of sins” (1 Peter 4:8). Whatever you believe, whatever your lifestyle, do good. Follow your conscience. Help others. Practice love.

Ultimate evil is what The Book of Mormon calls “secret combinations.” Those who smile and pretend to be persons of integrity, but secretly seek power at any cost. Those who murder, overthrow liberty, engage in human trafficking, rape, steal, commit acts of terrorism and torture, and who engage in violence for any reason other than as a last resort to protect the innocent and preserve freedom. These are the gangs, the cartels, organized crime, and wicked people in high places who don’t seek the good of the people but to line their own pockets through unspeakable corruption without regard for the widespread misery they cause.

Until then, we have to deal. We have to fight to eradicate as much of it as we can. We won’t eliminate evil from the world, but we can try, and that will make a difference in so many lives.

The Book of Mormon, which we Latter-day Saints revere alongside the Bible as a prophetic witness of Jesus Christ, was specifically written for our day, with its events foreshadowing what will happen in our time before the Savior returns. In it, two ancient American prophets, Alma and Amulek, met with such resistance that those who rejected them gathered up the women and children from among the believers and burned them alive.

I can’t help but think of what happened this week in Mexico as I read:

And when Amulek saw the pains of the women and children who were consuming in the fire, he also was pained; and he said unto Alma: How can we witness this awful scene? Therefore let us stretch forth our hands, and exercise the power of God which is in us, and save them from the flames. But Alma said unto him: The Spirit constraineth me that I must not stretch forth mine hand; for behold the Lord receiveth them up unto himself, in glory; and he doth suffer that they may do this thing, or that the people may do this thing unto them, according to the hardness of their hearts, that the judgments which he shall exercise upon them in his wrath may be just; and the blood of the innocent shall stand as a witness against them, yea, and cry mightily against them at the last day (Alma 14:10-11).

Another prophet, a military leader who fought to preserve liberty and protect the innocent, proclaimed that “the Lord suffereth the righteous to be slain that his justice and judgment may come upon the wicked; therefore ye need not suppose that the righteous are lost because they are slain; but behold, they do enter into the rest of the Lord their God” (Alma 60:13).

I believe in the Second Coming of Jesus Christ. To some that may sound like fantasy, but there it is. One of my favorite hymns has these lyrics: “Once all things he meekly bore, but He now will bear no more.” He will return to “put all his enemies under his feet” (1 Corinthians 15:25). Cartels, human traffickers, warmongerers, gangs, mafia, murderers, rapists, and corrupt officials who betray the public, I’m out here on the street corner, holding up the big cardboard sign that says “Repent.” Your days are numbered. Turn yourself in and face justice for your crimes. Turn to God and change your life. “For what is a man profited, if he shall gain the whole world, and lose his own soul?” (Matthew 16:26).

Until then, I pray for God to come back and I weep for those who suffer in this time of “wars and rumors of wars” when “nation shall rise against nation” and “kingdom against kingdom,” when “many shall be offended, and shall betray one another, and shall hate one another.” This time when “because iniquity shall abound, the love of many shall wax cold.” (See Matthew 24:6-12.)

Jesus said that this was also a joyous time, a time when ‘this gospel of the kingdom shall be preached in all the world for a witness unto all nations” (Matthew 24:14). If any of you ever want to talk with me about the gospel, I would love to tell you. I won’t pressure you to convert, but I will answer your questions.

Even if you never share my belief in Christ, I want you to know that I believe he loves you, and his love inspires me to love you too. Whether Christian, Jew, Muslim, Buddhist, Hindu, atheist, gay, straight, black, white, male or female, “all are alike unto God” (2 Nephi 26:33, The Book of Mormon). We don’t have to see eye to eye to love one another, look out for one another’s rights, and stand together against the evil of this world.

God bless you all. My love to you. If you feel like sharing this, please do so. This is a message I’d like to spread.