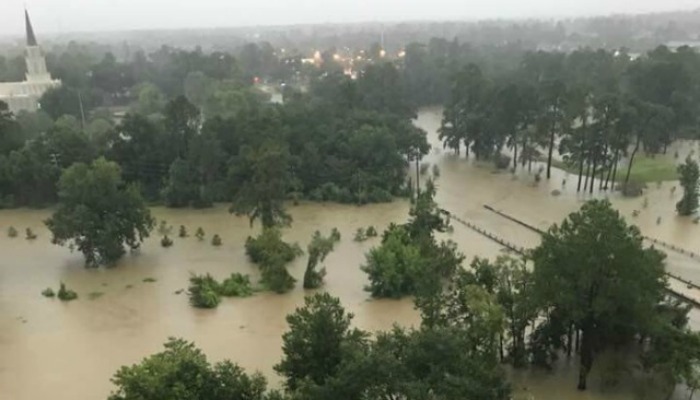 Friends of Houston Texas South Stake posted updates about the Houston Texas Temple on their Facebook page, including this letter from the temple presidency:

“We know that all of our temple workers are very concerned about the storm and its effect on the temple and the citizens of this area. With the torrential rains, the Cypress Creek has risen about 20 feet and water is now at the level of the front fountain of the temple. The ancillary building has already taken on some water with this flood. As you are probably aware, the forecast is for more rain in the coming days.

“Although we do not think that the temple itself is in any imminent danger, we feel that it would be appropriate to invite our temple family to unite our faith and prayers as we send a special petition to the Lord to stay the rain enough that the waters might start to subside.

“Please know that our prayers are also with each of you and your families as we face these unprecedented weather conditions.” 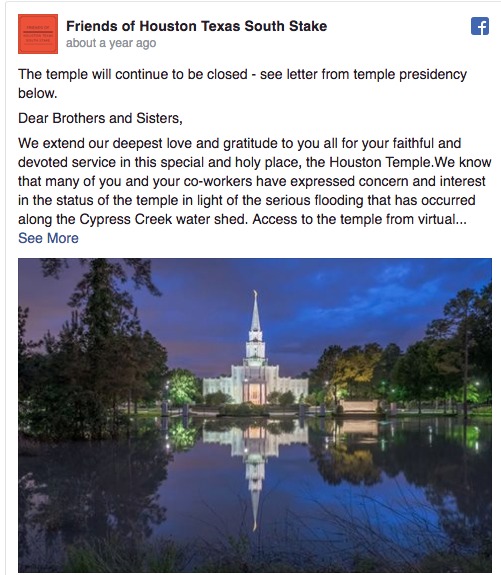 See more at the Friends of Houston South Facebook page.

See flood updates at MormonNewsroom and at Deseret News.

“It appears water to the depth of four or five inches has gone inside the temple,” said President Hayes. “That includes a baptistry, a marriage waiting room, dressing rooms, kitchen, and laundry. We haven’t been able to go inside so we really don’t know the extent of the damage.”

The temple, located in the community of Klein, has been closed since Saturday morning as the wind and rain approached the Houston area.

“The creek became a river and the current is so strong that it’s been dangerous to even try and approach the temple,” said President Hayes. He said nearby Cyprus Creek rose by more than 20 feet. 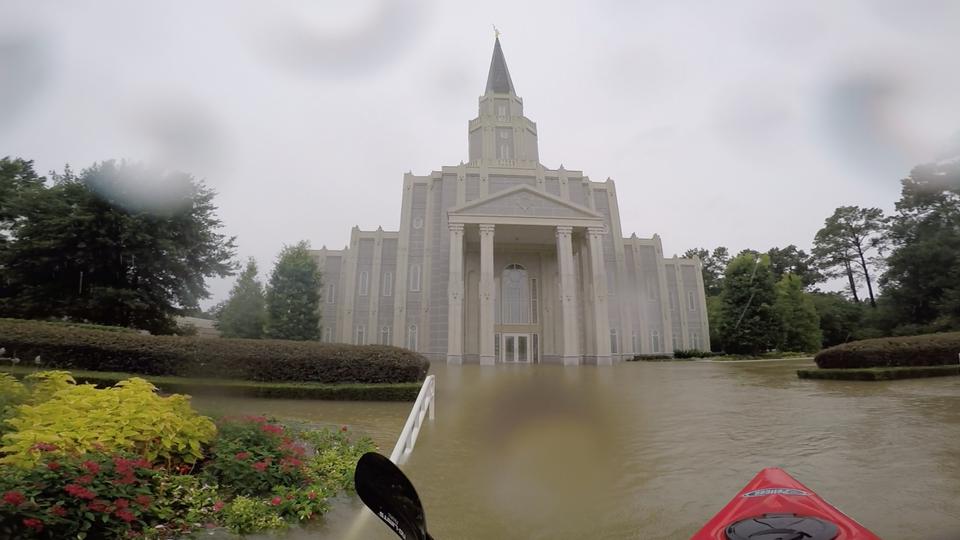 “It used to be completely underwater all the way to the temple,” Yoshi posted, noting that parts of the grounds are now visible.

Further assessments have been made at the Houston Texas Temple, where flooding has caused significant damage. In the temple basement water rose from nearly a foot deep to waist deep in some areas. The baptistry room was flooded to the top. On the main floor, several inches of water will require the replacement of carpet and furniture.