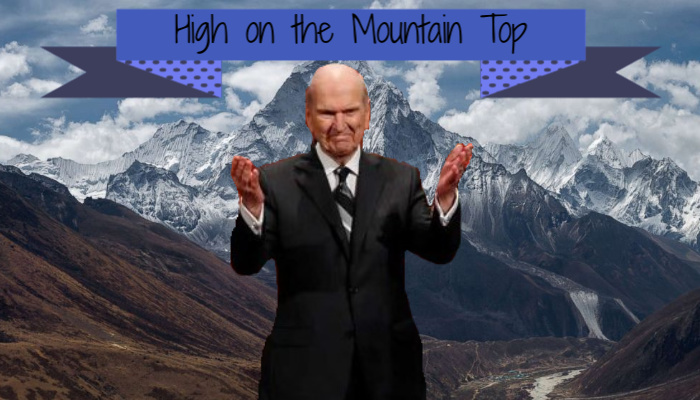 Some people really like to get into the spirit of April Fool’s Day, and Religion News Service is no exception. Yesterday, April 1st, Religion News author Jana Riess (who is a member of the Church) posted the article “94-year-old Mormon prophet to scale Mount Everest,” along with several other gag articles posted by Religion News.

Honestly, if the Deseret News came out with the same article, I would believe them. President Nelson is known for his love of the ski slopes and his amazing physical health. To be honest, he is probably in better shape than I am.

Anyway, the article describes how President Nelson will still participate in General Conference via phone and will set up a branch at the Mount Everest Base Camp. It also says that President Nelson is refusing supplemental oxygen, instead relying on the inspiration of the Lord, noting that the root of the word “inspire” suggests that a person is “breathing in” the Spirit of the Lord.

President Nelson is said to be seen running around the camp in a special moisture-wicking suit and tie counseling people in one tent and performing open-heart surgery in another, all the while singing “High on the Mountaintop” and “I’ll Go Where You Want Me to Go.”

Do you think President Nelson could climb Mount Everest? Let me know in the comments below!