UPDATE: A fourth missionary has been hospitalized with minor injuries following the explosions at the Brussels airport. Sister Fanny Rachel Clain, the sister traveling to the United States for her mission assignment in Ohio, was previously with the three elders who have been hospitalized with critical injuries. The elders were accompanying Clain to the airport for her departure to the United States. Clain had already passed through airport security when the explosion occurred.

Three missionaries for The Church of Jesus Christ of Latter-day Saints are hospitalized following Tuesday morning’s explosions at the Brussels airport.

The Church reports that the three elders, serving in the Paris France mission, were accompanying a sister to the airport who was on her way to an assignment in Ohio. Sister Fanny Rachel Clain (20) of Montélimar, France, had been serving in Paris awaiting a visa that would allow her to travel to the United States.

Communication is limited, but mission president Frederic J. Babin told the Church that Clain had already passed through security when the explosion occurred in proximity to the three elders.

Mormon Newsroom reports that the elders have been hospitalized with serious injuries and that their families have been notified.

The First Presidency made a statement following the bombings, saying,

With much of the world, we awoke this morning to the heartbreaking news of the bombings in Belgium. Our prayers are with the families of the deceased and injured, including three of our missionaries who were injured and hospitalized. We also pray for the people of Belgium and France as they continue to deal with the uncertainty and devastation caused by the recent terrorist attacks.

All missionaries serving in the Paris France mission have been asked to remain in their apartments. 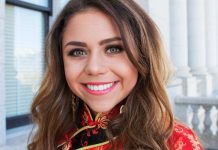 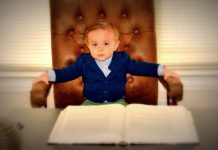 9 Things We Can Expect From the U.S. Senate Chamber Now That Babies Are Allowed In