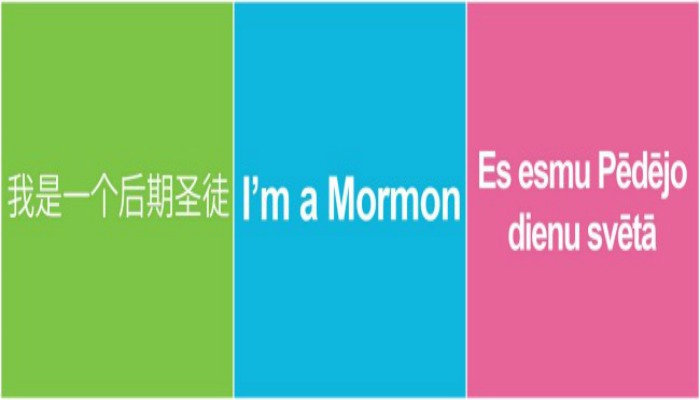 In an effort to #ShareGoodness and follow the counsel given by David A. Bednar during his talk at Brigham Young University’s Education Week, Jillian J. Farnsworth created a Facebook Event.

The event encourages members of The Church of Jesus Christ of Latter-day Saints to change their Facebook profile picture to an image that states, “I’m a Mormon.” Participants can choose from a handful of different images that are posted to the event’s Facebook wall. Farnsworth is hoping that as members change their profile picture, friends who are not of the faith will discover that they know a Mormon and that “sincere questions will be asked, and gospel-related conversations will be had.

Farnsworth’s goal is to have 250,000 members of the Church participate and help share the gospel on social media. In an effort to get as many people participating as possible, the “I’m a Mormon” images are available in the following languages:

The week-long event is scheduled to occur from October 6 – October 12, 2014—the week after General Conference and the same week the film Meet the Mormons is released to theaters.