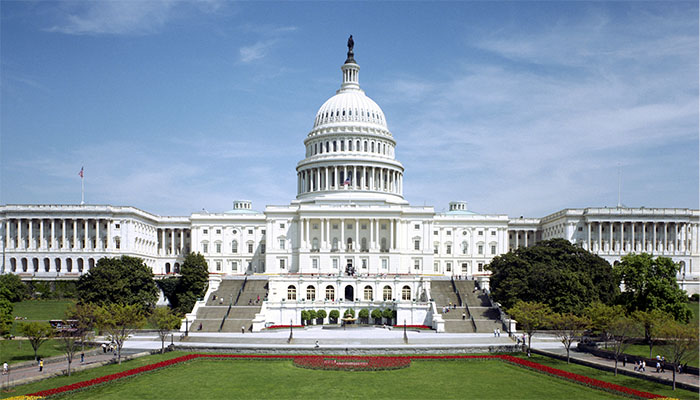 On Thursday, June 22, a committee of Senators released a proposed health care bill called the “Better Care Reconciliation Act of 2017.”

The bill is set to be voted on next week. But because the bill will not go through the committee process many senators are making public remarks about the bill.

There are currently six Latter-day Saints serving in the United States Senate. Here is where each currently stands on the proposed bill.

The junior Senator from Arizona released a statement the day the health bill was released:

During his 2012 election, Flake’s campaign website included, “Our healthcare system is badly in need of reform, but Obamacare is not the answer. We need a healthcare system that relies on choice and competition to improve quality and control cost.” Whether or not he thinks this bill reaches that standard is still to be seen.

Flake may also be influenced by his membership on the Senate Special Committee on Aging. He likely will also consider how the vote will impact his reelection chances in 2018. His state, Arizona, has voted Republican in the last two presidential elections, but decreasingly so, only by 3 points in 2016.

He likely will also consider how the vote will impact his reelection chances in 2018. His state, Arizona, has voted Republican in the last two presidential elections, but decreasingly so, only by 3 points in 2016.

The senior Senator from Idaho, has pinned his vote to a pending analysis from the Congressional Budget Office.

“I will be reviewing the details of the bill closely while the Senate awaits an analysis from the Congressional Budget Office. Today’s proposal however is a promising step toward maintaining affordable care.”

His full statement lists many positives of the bill suggesting he is leaning towards supporting the proposal.

Crapo was first elected in 1998, and reelected just last year. He serves on subcommittees, working groups, and commissions focused on taxation and fiscal responsibility, so you can expect that experience to influence his vote.

The senior Senator from Nevada has not given a definitive statement but appears to be one of the more hesitant GOP senators about the bill.

Health care has not been a legislative focus of Heller’s work in Congress. And in line with his reputation as a moderate Republican, Heller has voted on both sides of health care issues, voting yes to expand Medicare in 2008, but no on expanding the Children’s Health Insurance Program in 2009.

Heller is up for reelection in 2018 and is considered one of the most vulnerable incumbents.

Update: In a news conference on June 23rd Heller announced, “I cannot support a piece of legislation that takes away insurance from tens of millions of Americans and hundreds of thousands of Nevadans.”

The only currently serving Latter-day Saint Senator in the Democratic party, Udall, the Senior Senator from New Mexico, released a strongly worded statement in opposition to the bill:

“The Senate TrumpCare bill is a disgrace and a disaster. It is a disgrace that Senate Republicans are trying to force an extremely unpopular bill on the country in a week after drafting their TrumpCare bill in secret, excluding everyone except corporate lobbyists and without holding public hearings or seeking bipartisan input.”

Udall’s statement is in line with statements from the senior leadership of his party.

During a debate for his first election to the Senate, Udall stated that the country’s goal should be universal health care access.

Mike Lee, the junior Senator from Utah, was one of four Republican senators to immediately announce opposition to the bill.

I am one of four Republicans not ready to vote for #HealthcareBill: https://t.co/Iys8FFFq7a @SenTedCruz @SenRonJohnson @SenRandPauI

Orrin Hatch, the senior Senator from Utah, is now arguably the most influential Latter-day Saint in the Senate with the retirement of former Minority Leader, Harry Reid.

Hatch was one of thirteen Senators on the committee that helped draft the bill. After the bill’s release, Hatch stated:

“While this discussion draft will help move the effort forward, I will continue to review this proposal and work with my colleagues to provide better care for all Americans.”

Hatch served as the chair of the Senate Health Committee from 1981 to 1987 and has previously called the Affordable Care Act an “atrocious” act that needs to be repealed and replaced.

While Hatch is up for reelection in 2018, many have speculated that he is considering retirement.