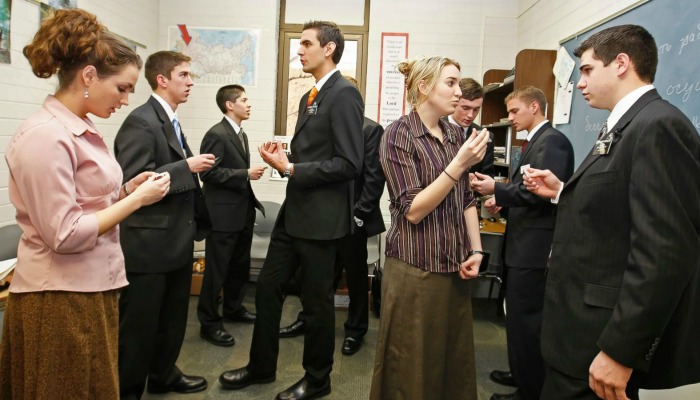 The announcement of Russia’s new, Orwellian, antiterrorism law, which prohibits missionary work (outside houses of worship) by religions not registered with the government, raised a big question: Will Russia Close Her Doors to Missionaries?

The answer is yes, and she’ll be opening her doors to “volunteers.”

Effective immediately, LDS missionaries serving in Russia will be referred to as “volunteers,” while the LDS Church strives to work within the bounds of this new law. Future adjustments might include modifications to what the missionaries are involved in. Families have been instructed via email from mission presidents to refer to missionaries as “volunteers” in social media posts and messages.

Following the announcement of the new law, the Church released a statement stating that,”The Church will honor, sustain and obey the law. Missionaries will remain in Russia and will work within the requirements of these changes. The Church will further study and analyze the law and its impact as it goes into effect.”

The “Yarovaya Law” as it is known, will begin implementation this coming Wednesday. It is the latest in Russian laws passed which promote “self-censorship and passivity.” Other laws passed include the Dima Yakovlev, which banned Americans from adopting Russian children, and was issued in response to the Magnitsky Act targeting human rights offenders.

Besides restricting proselyting on the basis of extremism, the “Yarovaya Law” also forces internet and cellphone companies to collect and provide their customers’ data to the government.

This Week in Mormons offers additional interesting details, including changes on the ground now in effect.