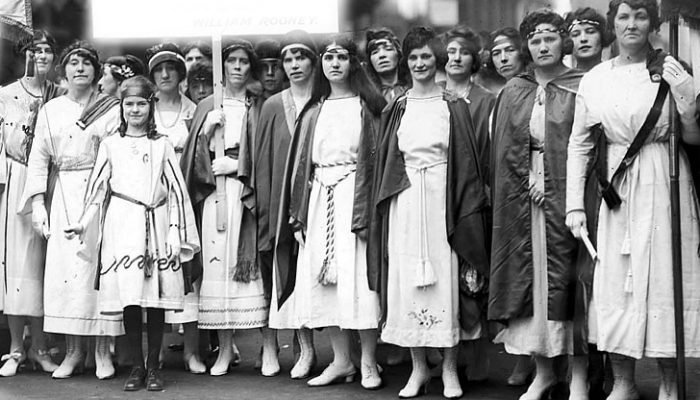 At the end of March, The Church of Jesus Christ of Latter-day Saints conducted their first General Women’s Meeting. This meeting, which will be held every six months, replaces both the General Relief Society Meeting and the General Young Women’s Meeting which were each held once a year. Some observers believe that this meeting has changed in response to some feminist organizations comprised of Mormon women, including a high profile attempt by a minority women’s group to attend the men-only General Priesthood Meeting (the transcripts of which are available to anyone, and which was streamed live online).

Many see Mormonism and feminism as opposing ideologies, but as an increasing number of Mormons claim the title of feminist, it becomes increasingly obvious that these ideas can coexist. So on the occasion of this new meeting, I thought it might be worthwhile to look at how Mormonism has and can in the future contribute to feminism.

Feminism ordinarily relies on the foundation of human rights. Mormon feminists, however, can add divine mandate to their reasons. The Family: A Proclamation to the World, a document widely quoted and upheld by Latter-day Saints, makes it clear that men and women are equals. This gives Mormon feminists a religious foundation for their feminism that others may not have.

In an attempt to be more inclusive, many faiths have attempted to make God genderless, often removing all gendered pronouns from scripture. As opposed to those who believe God is neither man nor woman, Latter-day Saints believe there is both a Heavenly Father and a Heavenly Mother. This belief is mentioned in LDS hymns and often from the pulpit when discussing Heavenly Parents. Heavenly Mother gives Latter-day Saint women a perfect, divine feminine example.

Many view The Church of Jesus Christ of Latter-day Saints, as largely a top down organization. This is true in terms of unity of the faith, but in a day-to-day sense, the Church is incredibly local. Congregations are organized by geographical location. Within every congregation is a women’s organization, which combined makes up the largest women’s organization in the world, having influenced women’s issues globally, including at UN conferences. This exclusively female organization empowers women locally and globally, giving them opportunities to take on leadership roles, collaborate in productive ways with other women to address issues in their community, and share their ideas (including ideas on gender roles) with like-minded individuals.

Weekly sermons in LDS Sunday services are delivered by members of the congregation. Both women and men, adults and teenagers, have the opportunity to speak. This gives members the opportunity to hear many different perspectives on how individuals understand and live church teachings in their own life. This means that if even one feminist member of a congregation exists, it is likely that all the members have, at one time or another, heard the point of view of a Mormon feminist.

Many observers have criticized contemporary American feminism for a lack of perspective. They argue that women in the United States live largely equal to men, and that the focus should instead be on those who struggle. Mormon feminists are able to avoid these criticisms, because a major mission of Latter-day Saints is to care for the poor and needy. All members are asked to give of their time and money to help those in need in their local areas, and in emergency situations throughout the world. By existing in a culture where caring for those in need is of primary importance, Mormon feminism appears grounded and reasonable, and avoids the perspective criticism.

The Church of Jesus Christ maintains separate roles for men and women; while some criticize this aspect of the Church on feminist grounds, others believe that declaring absolute equality between the genders while maintaining separate roles allows feminists to advance feminist causes without having to relinquish their gender identity. Many feminists, under the title of equity feminists, share this perspective. Because gender identity is so important to so many feminists, both Mormon and others, it is important that movements like equity feminism are supported.

So while many still see the term “Mormon feminist” as something of an oxymoron, it is clear that the organization and doctrine of The Church of Jesus Christ are fertile ground for feminists and feminism.