A recent painting by Utah artist Katie Garner has gone viral on social media with its breathtaking portrayal of an infant’s journey from the spirit world, crossing through the veil into mortality. The painting, entitled “Mother to Mother,” has received a great deal of attention, striking a chord with mothers in a variety of ways.

In a YouTube video about the message behind the painting, Garner admits that even she did not realize the full significance of the piece at first. However, after a period of time, she came to the conclusion that it could easily be interpreted two ways.  She says the image can be seen “like the baby is being passed to earth, or like the baby is being passed to heaven.”  As a result, the painting has been a source of comfort for mothers who have lost children during infancy. Other women have indicated that the artwork also reminds them of the adoption process, with the birth mother placing the infant into the adoptive mother’s arms.

Several comments indicate the tender emotions the painting has evoked:

“I have never been more moved by a piece of art. My kids asked me why I was crying…This is the most beautiful painting I’ve ever seen. Thank you. This was divinely inspired. I’ve been on both sides of this.”

“Still makes a lump form in my throat when I look at it.”

“So beautiful and full of truth! What [a] heavenly work of art!”

“I also see a depiction of adoption in this as well!! BEAUTIFUL!!”

“Through adoption, surrogacy, other means, the mothers may never meet, but one is entrusting her child, or a child she helped get here, to the other. So the symbol of the veil would still be appropriate.”

Katie observes in her video that she has sought to create a work of art which accurately portrays the unique role of women, as outlined by modern-day prophets: “Families are eternal and the most sacred and privileged calling a woman receives is that of a mother.”

Another aspect of the painting that has caught people’s attention is the very personal way that Mother in Heaven is shown to be involved in the birth process. Garner acknowledges: “I believe that our Heavenly Mother’s role was, and is, to nurture us.” She further notes that Heavenly Mother “is there to support us…as we nurture our children.”

Ultimately, “Mother to Mother” is a piece of art that is not only aesthetically pleasing, but it also serves to teach important eternal truths about the sanctity of motherhood, both in heaven and on earth.

Garner and several other artists who are members of the Inspirational Art Association will be showcasing art in various mediums from November 28 through December 1, 2018.  The event will be held at the Joseph Smith Memorial Building. Admission is free and the showcase is open to the public.

Video about the meaning of the painting

A time-lapse video of the creation process of the painting 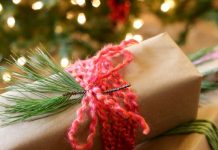