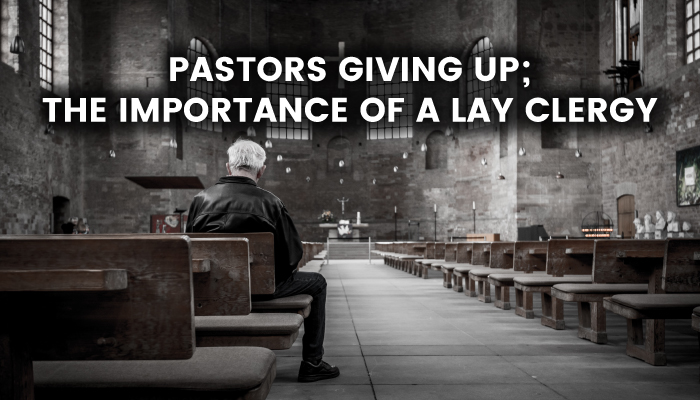 When I think of pastors, there are two people who come to mind: Joel Osteen and the dad from 7th Heaven.

I’ll be the first to admit that that’s definitely a skewed perception of what pastors are like — both of these men seem to exude this confidence, kindness, and superhero-esque nature that is unrealistic for nearly any pastor to achieve.

Christian news organization Baptist News Global recently published an article about the dwindling numbers of pastors. It’s not that people aren’t seeking out the ecclesiastical profession — it’s that they’re not keeping it.

BNG’s article cites a 2015 study performed by ExPastors.com, a site whose mission is to “be a place of help, healing, and hope for expastors, pastors, and church leaders.” The survey results concluded that “Eighty-five percent [of pastors] consider leaving ministry [and] 77 percent consider themselves having experienced burnout.”

But why? Pastors reported that they feel overworked, unable to meet demands, and burdened with the expectations of their congregations — expectations that not only affect the pastors themselves, but their families.

ExPastor.com contains articles with titles such as “Why Loving All People Left This Pastor Jobless,” to “The Ministry Destroyed My Marriage. Twice.”

Such stories are troubling and prove that life as a pastor (a profession that often is expected to last a lifetime) is nothing short of arduous.

A preacher’s duties are contingent on the congregation and its needs, but can include preaching funerals every weekday, visiting each sick individual (which, depending on the size of the congregation, can be a near-impossible task), and dealing with sensational rumors about the preacher and the preacher’s family, just to name a few. This is further proven by the fact that the Google search “Unrealistic expectations on pastors” yields over 100,000 results.

Clearly, the position of Pastor is not only time-consuming but is stressful, extremely demanding, and often just not doable for a long stretch of time.

All of these factors — unreal expectations, increasing demands, and lack of appreciation —  are leading to one thing: preachers giving up.

The Beauty of a Lay Clergy

If the statistics are any indication, one person leading a congregation of people and shouldering that weight alone over time is far from ideal.

That’s why revelation is key. When The Church of Jesus Christ of Latter-day Saints was restored, the Lord directed His people to have a lay clergy, or unpaid volunteers, that would perform different responsibilities and hold different positions throughout the Church.  These callings would require work and sacrifice, but they would nearly always (excluding Patriarchs, those who are members of the Quorum of the Twelve, and the Prophet, and a few others) be temporary.

These responsibilities or “callings” aren’t gained through education, power, or any other means except by revelation. The Lord, through ecclesiastical leadership, (look here for a quick breakdown of how Church leadership is run) appoints members of a ward (akin to a congregation, but based specifically on locality rather than one’s preference) to hold certain responsibilities in His Church.

But why does the Church do this? Well, there are couple of different reasons.

One of the major reasons the LDS Church uses a lay clergy involves priestcraft. If you’re anything like me, the word “priestcraft” evokes images of someone like the Hunchback of Notre Dame’s Frollo or any other equally creepy and self-absorbed character. While Frollo is certainly prideful and self-absorbed, the sense in which we’re speaking of priestcraft also deals heavily with monetary gain.

The Book of Mormon defines priestcraft as, “men [that] preach and set themselves up for a light unto the world, that they may get gain and praise of the world….” (2 Nephi 26:29). The Church of Jesus Christ of Latter-day Saints uses lay clergy to avoid this — pride and the spread of false doctrine that can lead a parishes’ leader to monetary greed and wealth at the expense of his congregation.

Priestcraft also deals with pride in the sense of popularity. Just like the verse in Nephi describes, people who lead churches can begin to “set themselves up for a light unto the world,” or basically begin to have an inflated sense of self, thinking that they are better than those around them, because of the popularity that they gain.

In order to maintain this sense of popularity and power, those who succumb to priestcraft begin to flatter people rather than tell them the truth.

There are countless examples of this in the scriptures, including the dishonest Sherem in Jacob 6 and the power-hungry Amalickiah in Alma 46. A scripture found in Mosiah 11 records that the Nephites, “became idolatrous, because they were deceived by the vain and flattering words of the king and priests; for they did speak flattering things unto them.”

Priestcraft leads to apostasy, or falling away from God and His laws. But there is certainly another reason that the Church uses a lay clergy; a reason that perhaps is often overlooked and that ties directly into the issue that so many pastors are currently struggling with: to avoid burnout.

The Importance of Temporary Callings and Delegation

While it’s true that some callings exceed the length of others, for the most part, they aren’t meant to be lifelong. And there’s a reason for that.

Many of the pastors who are giving up or leaving their church are not doing so because they don’t believe in God any longer or because they were offended. They are giving up because of the unrealistic expectations placed upon them, a burden they usually carry alone for years upon years.

Heavenly Father understands that we as individuals can only handle so much on our own. That’s why in Mosiah 4:27, we are counseled, “…for it is not requisite that a man should run faster than he has strength.”

We need to work and be diligent, as the same scripture later counsels, but it’s important that we don’t overwork or exhaust ourselves, which will lead to burnout.

It is surely a key piece of revelation that the majority of the Church doesn’t hold life-long callings. It’s essential that members holding time-consuming callings delegate and hand off certain responsibilities that we don’t have time for to someone who does. We cannot do it all on our own. A truth that many pastors have come to learn is that we simply cannot do more than we can do.

God knows that and that’s why He organized our church the way He did, with a lay clergy that hold temporary callings. Our Father in Heaven created us. He knows how to care for us. He doesn’t want to see us overstretched and attempting to sustain more responsibility than we could ever realistically handle on our own.

Another benefit of having temporary callings is the amount of experience that members gain in different areas, whether it’s dealing with nursery-aged children, teaching a class of adults about gospel doctrine, or learning to do family history research.

Experiencing such a wide array of callings and learning to handle the different responsibilities that come with each of them contributes to the personal growth and faithfulness of members. Receiving callings, particularly in areas that one might not feel as comfortable in, allows each member to grow, stretch, and gain confidence in areas that they otherwise would have been too fearful to approach. Callings and responsibilities in the Church replace complacency with the desire to become better; to become more like the Savior.

It’s no coincidence that our church functions the way it does. Those who are not members of the Church often comment that our church seems to run seamlessly. And it’s true that it does run well, but not because we are perfect or because we have superhuman strength that pastors just aren’t lucky enough to possess. 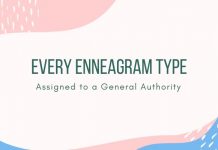