Buzz 20 Of The Most Relatable Missionary Memes 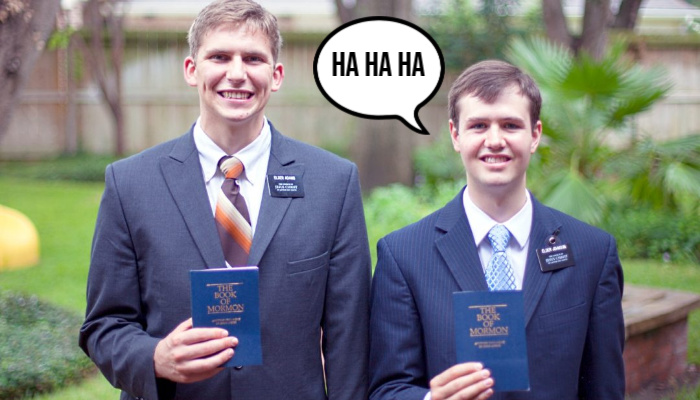 5. That weekly dat call with the DL is gonna be a rough one.

My High School girlfriend promised to be at the airport to meet me when I got home from my mission…She was there…with her husband…?

7. No shade to those who met on the mission, it’s just sad you can’t  *technically* say you lost yourself in the work…

8. R.I.P. every mission in California.

Girl waiting for her missionary: “He still has 414 days left ugh”

12. They didn’t understand me but they totally felt the spirit.

13. “And there’s technically not a word for it in English…”

When an RM says they "can't remember the word in English" during their homecoming talk.. pic.twitter.com/80XYm0xvvS

15. “Going along with what my companion just said…”

18. Except for the sisters. Sisters, just don’t be flirty.

Via BYU Memes (courtesy of @mormonger)