In case you missed it, last night marked this year’s commencement of Shark Week, a wildly popular, annual installation on the Discovery Channel all about—you guessed it—sharks.

It features content ranging from the history of sharks to everybody’s favorite—shark attack stories.

If this video doesn’t make you want to stay out of the water I don’t know what will.

Interestingly, there is one biblical story that, with the proper digging, may have the potential to land itself a primetime showing on this popular series. What could it be?

Jonah and the Whale.

Indeed, there is compelling evidence out there that Jonah wasn’t swallowed by a whale or some other enormous fish, but was actually engulfed by a great white or some other kind of shark.

While it would undoubtedly make his survival story sound even cooler, is this just fantastical folklore? Or, is there a legitimate case to be made that Jonah was swallowed by the great great great (x30) grandfather of Jaws himself?

Many of us are aware that the King James Version of the Bible (the one the Church uses) and many other translations never even mention the word “whale” when recounting the miraculous story of the repentant prophet Jonah. Instead, “great fish” is used, a direct translation of the Hebrew phrase dag gadol. Therefore, the phrase great fish is pretty open to interpretation here. It could mean a whale, some huge fish, a shark, sea serpent, sea monster, sea creature, or even a dragon. It’s pretty murky.

However, it is worth noting the words of Christ Himself as He refers to His resurrection being a similitude of Jonah’s experience:

‘Whale’ is used in this section of the KJV, indicating Jesus may have revealed the true identity of the sea creature which gulped Jonah. That being said, most other translations use the phrase great fish (or a similar variation) in this verse.

Artwork used on the official website of the Church also seems to support the claim that Jonah was indeed swallowed by a whale.

But we should always be careful to conclude that if The Church of Jesus Christ of Latter-day Saints uses a certain piece of art it’s automatically doctrine and historic evidence. One oft-cited example of this is a popular piece of artwork inaccurately depicting Joseph’s translation of the plates. Artistic interpretation does not equal doctrine.

The artists may have simply been producing an art piece which viewers would easily associate with the story of Jonah. Nearly everyone that knows this story calls it “Jonah and the Whale.” Not “Jonah and the Great Fish” or “Jonah and the Shark.”

Related: Are You Kicking Against The Pricks?

The Case For a Shark

In 2002, two marine scientists from Sea World methodically attempted to answer what could have swallowed Jonah. Their analysis is absolutely fascinating. They identified several suspects known to live in the Mediterranean at the time and examined the probability they could have a) swallowed a human and b) the likelihood someone could survive inside their stomach for 3 full days.

For the possibility of it being a whale, they concluded that it would be highly implausible for one to house a living person for 3 days.

“Whales are mammals with digestive systems similar to those of humans, noted
Robinson. Think of “all the digestive juices, hydrochloric acids, the heat,
just suffocating heat, the lack of air…A whale’s stomach would be no place for a human to spend three days…Not to live to tell about it.”

As for a shark or other fish, they explained that its belly would be “a far more hospitable possibility for a human dwelling than that of a whale.” They went on to say that, “in the cold water, with the metabolism of a shark, a man’s body could last three days without deterioration…”

So there you have it. It’s quite possible that a great white swallowed Jonah.

Related: What lesson did God want to teach Jonah in the story of the gourd and the worm? 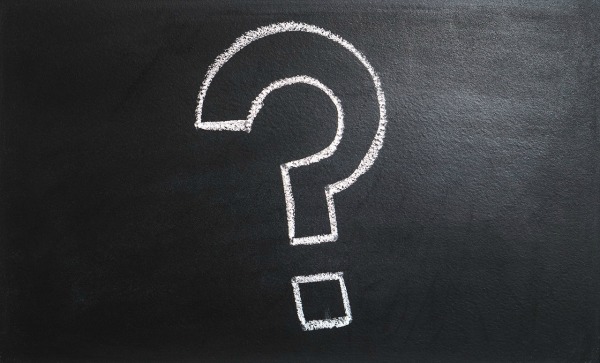 Obviously, much of this is pure speculation. We don’t really know what creature swallowed Jonah, or how in the world he survived for three days inside its belly. (The two marine scientists admitted they aren’t sure exactly how Jonah would have had sufficient air, though many Christians suspect Jonah was swallowed, passed out, and then resurrected after 3 days).

Sorry to disappoint you if you were expecting a definitive answer by the time you reached the end of this article. Maybe I’ve been hit with shark week fever, but I see no reason why not to believe a great white nabbed Jonah. As we like to say in the Church, “The Lord works in mysterious ways.”

What we do know; however, is that Jonah’s story is an inspirational one of redemption and obeying the Lord even when it may extremely difficult for us. The Lord displayed great mercy in preserving the life of Jonah inside the great fish which resulted in the repentance of an entire city.

We know that Heavenly Father will display similar forgiveness to us in our lives—cleansing us— if we will turn unto Him in repentance.

And that’s something worth taking a bite out of.

How Many Sins Does a Prophet Have to Commit Before He’s Considered “Fallen?” 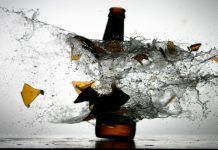 Abraham and Russell M. Nelson Both Smashed Their Fathers’ Idols 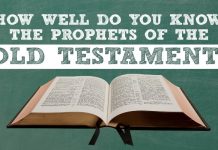 How Well Do You Know the Prophets of the Old Testament?