Shaquille Walker, a BYU track star, looks to be a contender for the Olympics with three national-class times, three defeated Olympians, three new records and all just six months after returning from his mission.

Originally a Southern Baptist from Georgia, Walker’s conversion story matches the excitement of his track record. In short, Walker met a Mormon girl, followed her to seminary class, joined the Mormon Church, signed with BYU, served a mission in England and now looks forward to the next Olympics.

Since I got home from my mission, I’ve been thinking big. Not everyone who sets a goal to make the Olympic team makes the team, but 100 percent of the guys who made it set that goal. I want to be an Olympian.

Just six months after his mission, he not only won the 800-meter run in the Washington Invitation in Seattle, but he set a meet and indoor school record of 1:47.44, third fastest time in the U.S. this season and the fastest indoor time ever produced by a Utah collegian.

Walker’s journey to the LDS church came as a result of a track injury in high school. When Walker became injured his senior year and found himself less busy with track practices, he started attending early morning seminary with his LDS friend. “The main reason was because they had breakfast,” Walker said. “I never thought about joining the church.”

Seminary ignited a spark of faith in Walker, and he decided that he should read the Book of Mormon.

“I had this random thought in March that I should pray and read the Book of Mormon,” he says. “I went up to my room late one night and as I read I got these weird feelings and I was wondering, what is this book doing to me? And in the middle of it I felt I should pray. I got an answer. It was clear.” He called the missionaries and was baptized three weeks before he graduated.

Three months after Walker’s baptism, he left for Provo, Utah to attend BYU and later left for Manchester, England, to serve a two-year mission.

“The story gets cooler,” Walker elaborated. “While I was on my mission, my mom wrote and asked me what I wanted for Christmas. I told her all I wanted was for them to feed the local missionaries because they’d be hungry. My brothers got baptized. And my parents took the lessons when I got home and my mom is reading the Book of Mormon. Maybe seeing the change in me and my brothers did it.”

Walker is currently training at BYU and aspires to make it on the Olympic team. 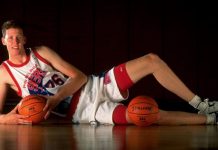 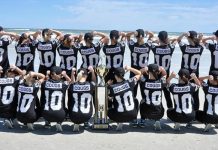 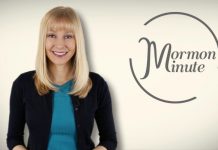