Buzz Study Suggests that Altitude May be Responsible for High Suicide Rates in...

A study that was first presented in 2008 by Perry Renshaw, a neuroscientist at the University of Utah, is making the rounds online and suggests that altitude may be the driving cause behind the high suicide rates in Utah and surrounding Rocky Mountain states.

While Utah ranks as one of the happiest states in the country, it also has very high rates of mood disorders and antidepressant use. Renshaw was aware of what he calls the “Utah paradox” and decided to investigate.

Doctors and scientists have attributed many factors to the high suicide rates in Utah including gun use, low population density, and most commonly, the Mormon culture. But Renshaw suggests that altitude, specifically altitude-induced oxygen depletion, may have more to do with the problem.

As shown in the map above, its hard to miss the section of red states that have the highest amount of suicides, which is also known as the “suicide belt.” Because states surrounding Utah also have high suicide rates that aren’t heavily populated by Mormons, Renshaw suggests that altitude and not culture are the problem.

BrainMic.com reported that, “Renshaw believes that altitude has an impact on our brain chemistry, specifically that it changes the levels of serotonin and dopamine, two key chemicals in the brain that help regulate our feelings of happiness.” 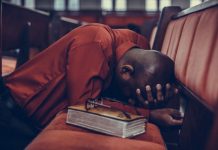 Scrupulosity is Serious. What You Need to Know About Religious OCD