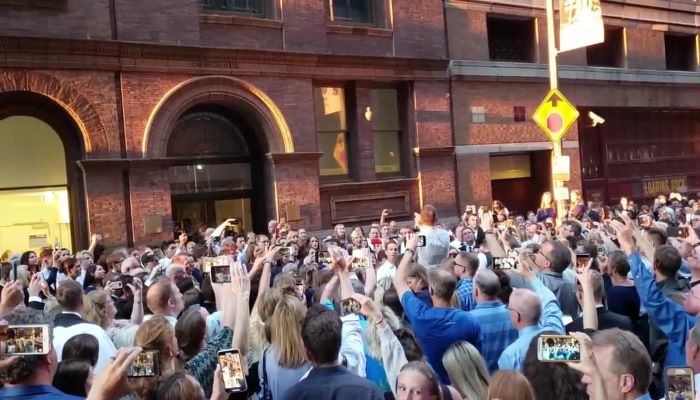 A panic-inducing power outage turned into something amazing outside the famed Carnegie Hall in New York City.

A five-hour blackout in New York caused thousands of locals and tourists to congregate on bustling streets and sidewalks. The Millenial Choirs & Orchestras, comprised of members who traveled from around the Western United States, opted to use their heavenly musical abilities to help entertain those forced onto the street by the blackout. The response has been remarkable.

Thousands were moved by their beautiful music which glorified the Savior.

Check out a few of the clips below.

I guess this is what they call a New York moment. After being trapped on the F for an hour because of the power outage I emerged to see dark restaurants & traffic lights, civilians directing traffic, & an evacuated Carnegie Hall concert happening in the street. #nyc #Blackout pic.twitter.com/3p9UWtRrel

Even Jenny Oaks Baker—who was traveling with the choir—joined in. She played a beautiful rendition of “I Stand All Amazed.”

What a wonderful moment. An unexpected power outage in New York turned into a faith-promoting event for thousands.

That’s something worth celebrating.