Buzz Would a Latter-day Saint Stay Silent With Trump, Or Recite This Creed... 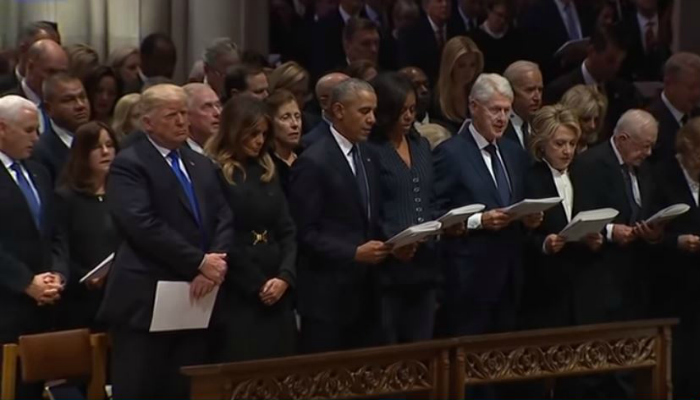 As you already know, former President George H. W. Bush passed away a few days ago. During his funeral service on Wednesday in the Washington National Cathedral, the congregation recited the Apostles’ Creed. Some people call it a prayer. To others, it’s simply a statement of belief.

To Episcopalians and some others, it’s as normal and common as reciting the pledge of allegiance was back in elementary school for most of us. Former presidents Carter, Clinton, and Obama were present. They recited the prayer along with most everyone else. President Trump and his wife, Melania, were amongst the few who remained silent.

The silence caused quite a controversy within the Twittersphere. Some backed up the president and many criticized his behavior (as is apparent from the title of the video above).

This is your "Christian" evangelical president. pic.twitter.com/u0478FoSyR

Yes, in any instance. You don't 'pretend' to be a religion you are not. Only Catholics and Episcopalians recite this creed. No other christian religions recite this and to do so only for a 'performance' would be akin to blasphemy.

I was raised and baptised in the Baptist Church. I have NEVER read or recited The Apostles Creed in my life. Doesn't make me less of a Christian

I am an atheist and out of respect, I would read aloud with the congregation because that is the decent thing to do. He only had to read along so stop defending his childish behavior

This article isn’t about the rightness or wrongness of what President Trump did. In the arena of important world issues, this one is far down the list. However, the scenario does prompt an interesting hypothetical question. If you, as a member of The Church of Jesus Christ of Latter-day Saints, were at that funeral service, would you recite the Apostles’ Creed or not? Here’s the exact text of the creed: 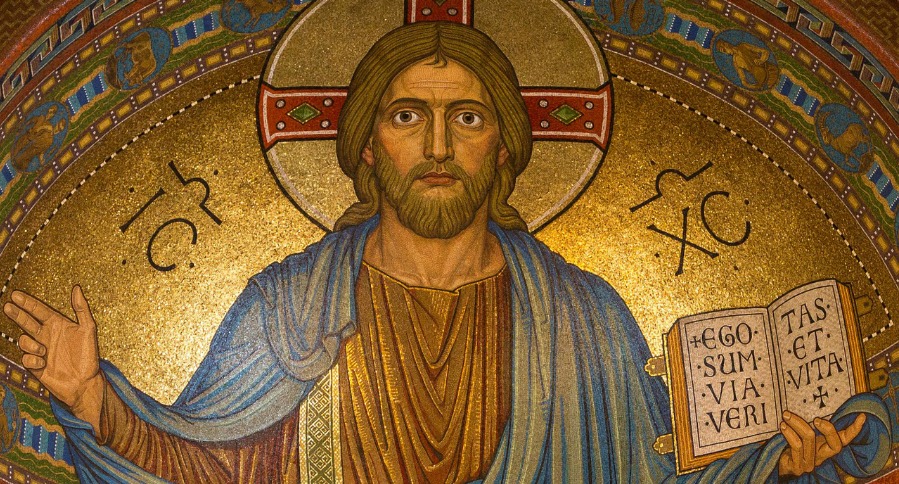 I believe in God, the Father almighty,
creator of heaven and earth;
I believe in Jesus Christ, his only Son, our Lord.
He was conceived by the power of the Holy Spirit
and born of the Virgin Mary.
He suffered under Pontius Pilate,
was crucified, died, and was buried.
He descended to the dead.
On the third day he rose again.
He ascended into heaven,
and is seated at the right hand of the Father.
He will come again to judge the living and the dead.
I believe in the Holy Spirit,
the holy catholic Church,
the communion of saints,
the forgiveness of sins
the resurrection of the body,
and the life everlasting. Amen.

What would you do?

On the one hand, The Church of Jesus Christ of Latter-day Saints is not a creedal Christian entity. Some of our doctrines speak directly against the teachings of some creeds (like the Nicene Creed). That said, the Apostles’ Creed seems pretty doctrinally sound … until the “I believe in … the holy catholic Church” line. And that really seems to be the crux of the issue.

While Catholicism has wonderful truths to offer, Latter-day Saints do not believe the holy Catholic Church is Christ’s restored church. So, would it be appropriate to affirm the opposite in this scenario? In other words, is it OK for a Latter-day Saint to say they believe in another church (granted, as part of a group recitation) when they actually don’t?

Questions and factors to consider

Looking forward to being with the Bush family. This is not a funeral, this is a day of celebration for a great man who has led a long and distinguished life. He will be missed!

Just to help you see the situation from a few different points of view, consider these questions as you formulate your opinion:

Let us know your opinion in the comments!