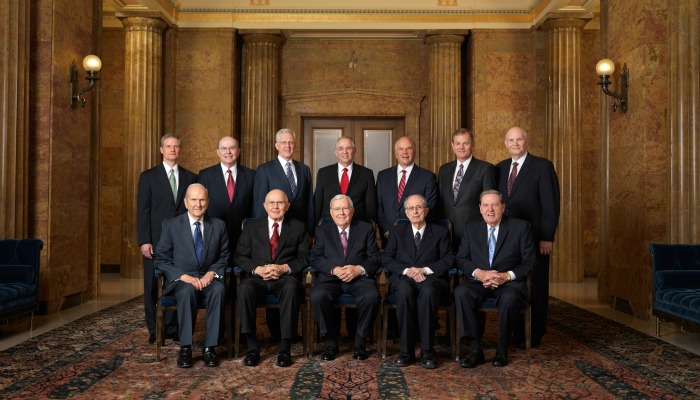 The Church of Jesus Christ of Latter-day Saints has released an updated photo and chart that is now available for members to download.

Other general authorities called during the conference, and the days following, have been included in the General Authorities chart. 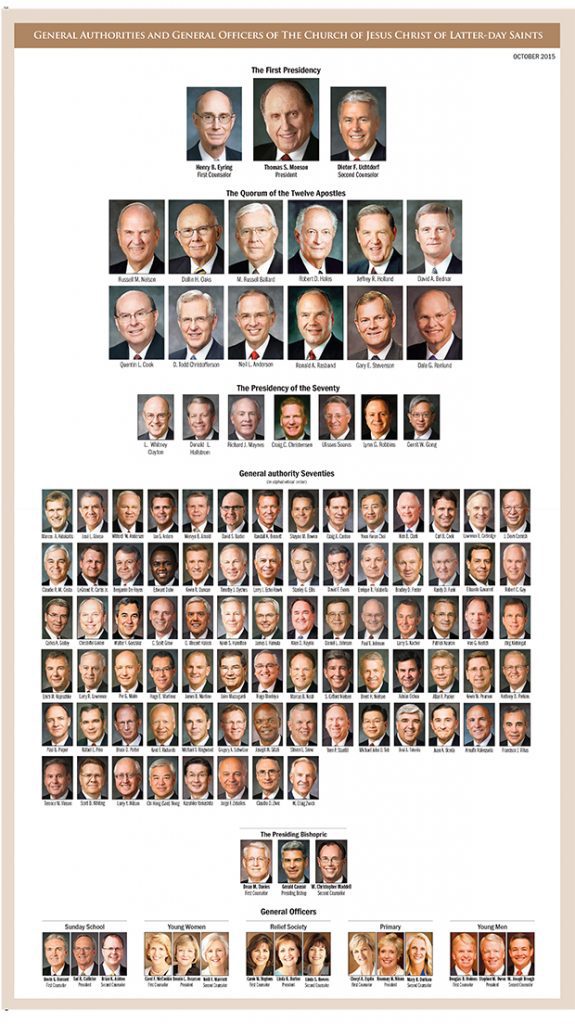 Download the Quorum of the Twelve photo here, and the chart of the general authorites here.