Buzz What is the Apocalypse (to Latter-day Saints)? 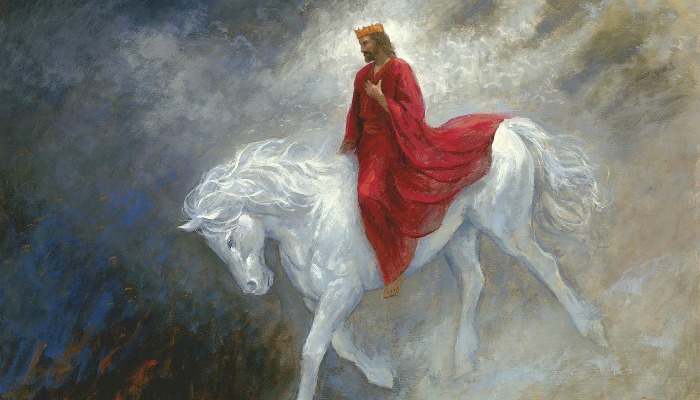 APOC’ALYPSE, noun apoc’alyps. [Gr. from to disclose; and to cover.]

Revelation; discovery; disclosure. The name of a book of the New Testament, containing many discoveries or predictions respecting the future state of Christianity, written by St. John, in Patmos, near the close of the first century.

Well. That’s a pretty simple definition, isn’t it? The apocalypse is the Book of Revelation in the Bible. The word itself comes from the Greek, meaning to reveal or uncover. Unfortunately, modern culture has made a confusing mess out of this important word in our English language. Here’s proof:

If I do a search in Google images for the word “apocalypse,” I get a choice from several categories of apocalypse: X-Men, zombie, Marvel, post-apocalypse, and specifics under those groups. Nearly every image is of death and destruction, made super-colorful by advanced CGI. The post-apocalypse category always shows a ruined world with a few desperate survivors. 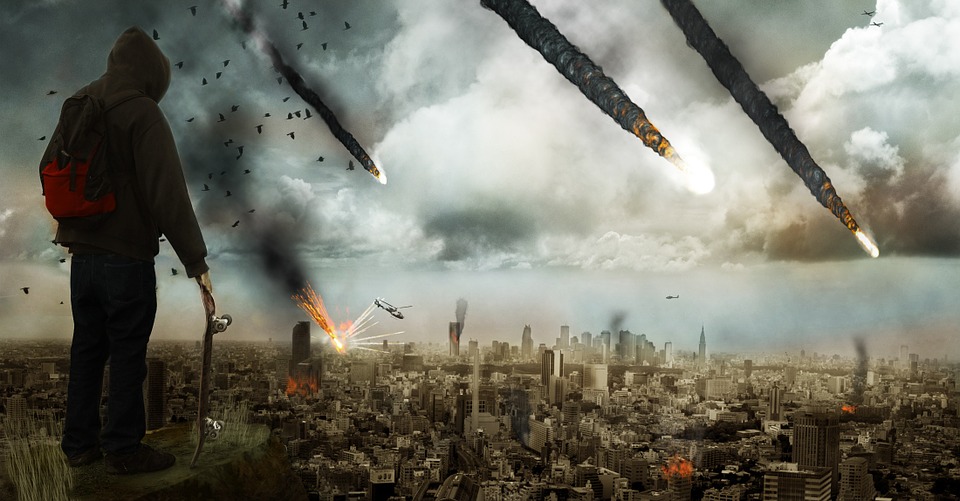 Hollywood keeps perpetuating the evolved definitions. Tons of zombie apocalypse movies are in the queue and shows like The Walking Dead have been dominating the TV screen for the better part of a decade.

Turns out the definition at the top of the page came from the 1828 Webster’s Dictionary. Things were a lot simpler then.

Our modern dictionaries reflect the change:

Other dictionaries agree that “apocalypse” has come to mean any event resulting in great destruction and violent change, or the end of the world. Thinking about the apocalypse — and the pandemics that will likely accompany it (lookin’ at you, COVID-19) — strikes us with fear and coincidentally makes us want to watch movies about it.

The Book of Revelation

…has a lot of scary stuff in it, yeah, but it ends very well for the “good guys.” (Latter-day Saints believe good guys [and women] are found in every culture, every religion, and even among those who believe in nothing at all.) The criterion for judgment is “What are you doing with the gifts you’ve been given?”

It’s the focus on the prophecies of destruction (and the fact that conflict makes better movies) that has brought us to this point of losing our concentration on the important and best things about the apocalypse.

That is what the press claimed. As a Latter-day Saint, I expect the press to get us wrong most of the time.

The publicity was caused by a stir among many believers (mostly not Latter-day Saints) that a tetrad of blood moons exactly coinciding with Jewish holy days and the end of a shemittah year portended the end of the world. 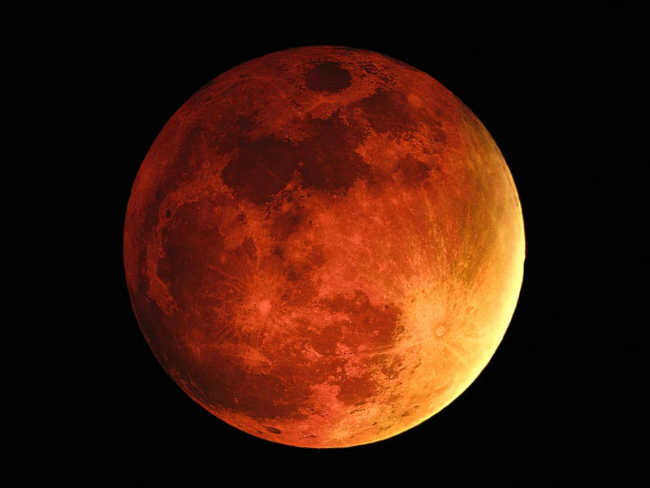 It does say the following in the Book of Revelation 15:1 — “And I saw another sign in heaven, great and marvellous, seven angels having the seven last plagues; for in them is filled up the wrath of God” …and in Acts 2:19 — “And I will shew wonders in heaven above, and signs in the earth beneath; blood, and fire, and vapour of smoke:…”

Indeed, these are preludes to the Second Coming of Christ, whose name is surprisingly never mentioned in the above dictionary definitions of the apocalypse. The apocalypse is actually all about Christ.

Let’s back up for a moment. The word “apocalypse” comes from the Greek, “to reveal, to uncover.” The Book of Revelation recorded by St. John the Divine reveals through revelatory means the events leading up to the Second Coming. There are other revelations in the Bible that fit in this category of being apocalyptic, especially from Daniel and Ezekiel. They are revelations about events that will occur in the last days before the Second Coming of Christ.

But since apocalypse means to uncover or reveal, what is the Great Reveal? Maybe it’s simply this: “Behold, he cometh with clouds; and every eye shall see him, and they also which pierced him: and all kindreds of the earth shall wail because of him. Even so, Amen” (Revelation 1:7).

Or, in other words: “…prepare for the revelation which is to come, when the veil of the covering of my temple, in my tabernacle, which hideth the earth, shall be taken off, and all flesh shall see me together.”

That is the real apocalypse.

The Apocalypse Controversy of Fall 2015

Yet, in the early fall of 2015, the press announced, “MORMON APOCALYPSE 2015: SURVIVAL KITS SELLING OUT AS BELIEVERS PREPARE FOR END OF WORLD.” Sigh. I submit that when the actual apocalypse actually happens, we may have outlasted our need for our survival kits. Emergency storage is best relied upon before the actual apocalypse (revealing of Christ) occurs. Also, Latter-day Saints believe no one knows the day of His Second Coming. Only God knows:

“And they have done unto the Son of Man even as they listed; and he has taken his power on the right hand of his glory, and now reigneth in the heavens, and will reign till he descends on the earth to put all enemies under his feet, which time is nigh at hand—I, the Lord God, have spoken it; but the hour and the day no man knoweth, neither the angels in heaven, nor shall they know until he comes.”

So no, Latter-day Saints did not expect the apocalypse in 2015. Many noted possible signs that we are getting closer (the Saints have been calling this “the last dispensation of times” since Joseph Smith began preaching in the early 1800’s). This jarred some members into realizing they haven’t followed our leaders’ counsel of the past many decades to set aside supplies for emergencies.

The same rush to stock up happened at Y2K, a decided non-event, but one that did prompt members to beef up their food supply, and me to buy brownie mix and cocoa.

The Seven Years of Tribulation 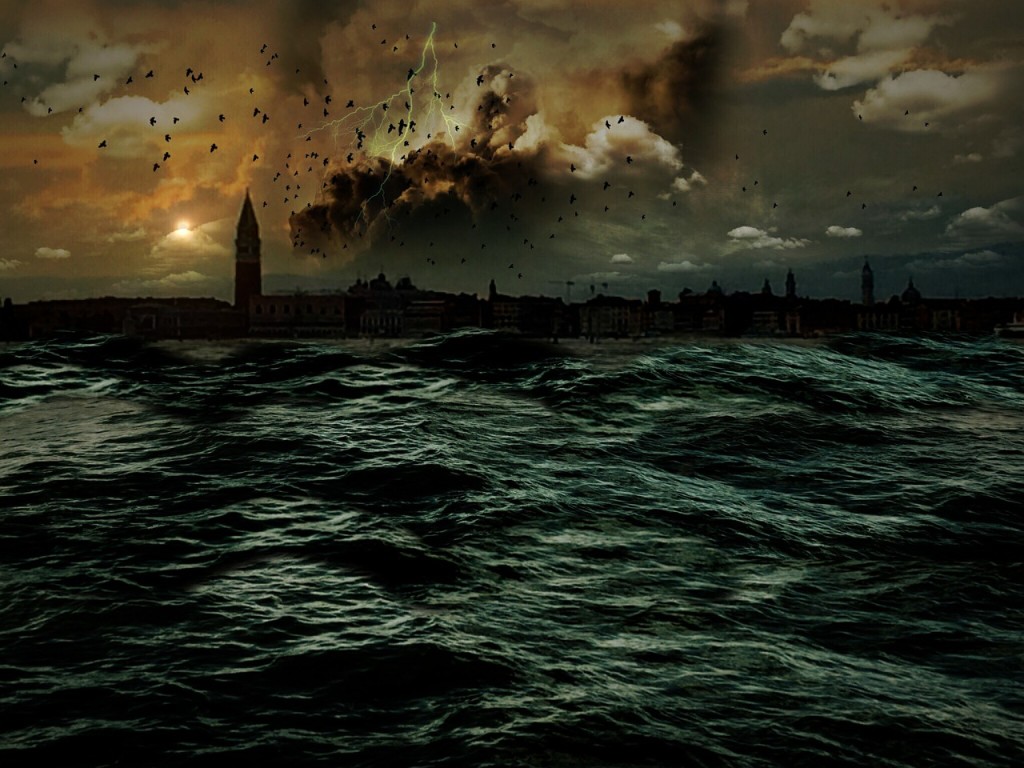 Because in the Bible it sounds like the battle of Armageddon will last 3 1/2 years, and an anti-Christ will oversee a global economic system for 3 1/2 years, Evangelical and other conservative Christian groups talk about a period of seven years of tribulation. Some of these sects expect a “pre-tribulation rapture,” wherein the righteous will be taken up to heaven before the world’s worst trials begin. Latter-day Saints believe such a doctrine is NOT biblical. We don’t believe a pre-tribulation rapture will occur, but that the righteous will be caught up to meet Christ at His Second Coming. However, this is the culmination and end of the period of tribulation, the ushering in of the millennial age, wherein Christ will reign, and earth will be like paradise.

In fact, the scriptures say, “I have sworn in my wrath, and decreed wars upon the face of the earth, and the wicked shall slay the wicked, and fear shall come upon every man; And the saints also shall hardly escape; nevertheless, I, the Lord, am with them, and will come down in heaven from the presence of my Father and consume the wicked with unquenchable fire. And behold, this is not yet, but by and by” (Doctrine and Covenants 63:33-35; emphasis added).

It is because the Saints will not be spared the turmoils, pestilences, wars, and plagues upon the earth, that the Lord has provided ways for them to be protected — “I tell you these things because of your prayers; wherefore, treasure up wisdom in your bosoms, lest the wickedness of men reveal these things unto you by their wickedness, in a manner which shall speak in your ears with a voice louder than that which shall shake the earth; but if ye are prepared ye shall not fear” (Doctrine and Covenants 38:30; emphasis added).

How God is Preparing Latter-day Saints for Times of Tribulation

Personal tribulation can occur at any time. Health emergencies, job loss, local outbreaks of disease, or natural disasters can be prepared for to a certain extent. LDS doctrine has always combined temporal (earthly) welfare with spiritual welfare. Latter-day Saints have always been known for their industriousness, their temporal care for all, even as they work to perfect the Saints spiritually. Individuals, families, and even the Church have set aside stores since the beginning in order to prepare for emergencies and care for the poor. Disaster relief in the millions of dollars has been an LDS practice since the 1980’s.

The temporal preparations of the Church were highlighted by former news anchor Ted Koppel in his recent book Lights Out, in which he spends three chapters discussing the preparedness of Latter-day Saints. According to Koppel, The Church of Jesus Christ of Latter-day Saints is the only entity prepared for a general emergency like a cyber-attack. However, individual families vary in their commitment to preparing. Some are real “preppers” while others are very casual about responding to prophetic counsel from Church leaders to prepare temporally.

Here’s what they teach us: Begin with a three-day emergency supply in some sort of portable container or backpack — a “72-Hour Kit” for each member of the family that you can grab and go. Then work on establishing a three-month’s supply of foods and non-foods that you use often. Store a year’s supply of staples, such as wheat, rice, milk powder, honey, sugar, salt, etc., as well as blankets, clothing, first aid and cleaning supplies.

Despite the Church’s frequent teachings of preparedness since its very foundation, the world — including many members — was shocked by an IRS whistleblower’s claims (albeit unsubstantiated) late last year that the Church has billions of dollars stored away for a rainy day. Yet the Church’s response highlights its emphasis on temporal preparedness:

“We take seriously the responsibility to care for the tithes and donations received from members. The vast majority of these funds are used immediately to meet the needs of the growing church including more meetinghouses, temples, education, humanitarian work and missionary efforts throughout the world. Over many years, a portion is methodically safeguarded through wise financial management and the building of a prudent reserve for the future. This is a sound doctrinal and financial principle taught by the Savior in the Parable of the Talents and lived by the church and its members. All church funds exist for no other reason than to support the Church’s divinely-appointed mission.”

Christ admonished us to care for those in need, and the Church has consistently followed that directive — and it is able to do so (and will continue to do so in times of tribulation) because of the tithes and faith of the members, and the Church’s organization and preparedness. 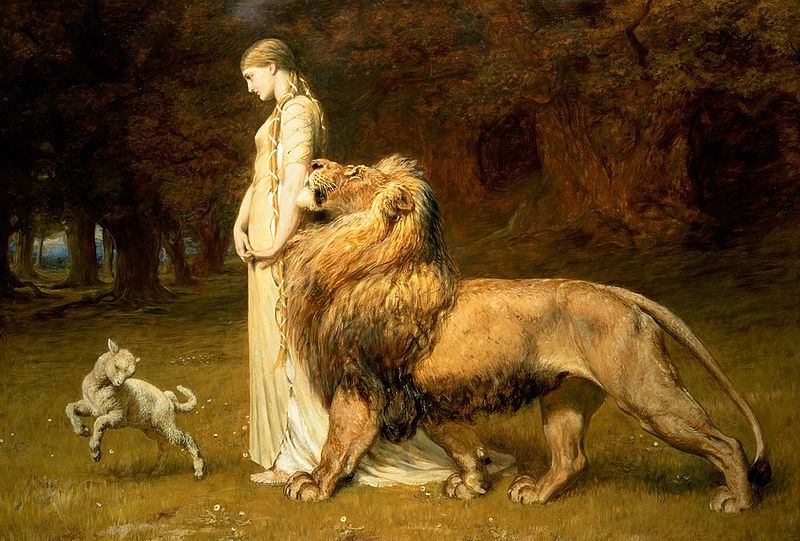 Una and the Lion by Briton Riviere

…is going to be amazingly wonderful. One thousand years of peace with Christ in charge with everyone supporting Him; desolate areas of the world becoming like the Garden of Eden; no death; children growing up without sin unto salvation; animals living in harmony with each other and with us, and conversing with us on a sanctified earth; vibrant health for every living thing.

Life may be a little dicey leading up to the Great Reveal, but the choices of men and women have a great deal to do with that. Preparation is good; spiritual preparation is paramount.

How are you preparing for the Great Reveal?

Some excellent outside reading:

A Discussion of the Coming Apocalypse by Religious Thinkers

Apocalypse Not by Wired.com

When Civilization Collapses, I will Survive

Note: The featured image for this article is of artwork by Jon McNaughton. It is copyrighted and may not be reproduced for any reason. Go here to access his gallery. 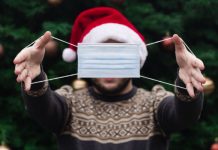