Buzz Why Is General Conference So Boring? 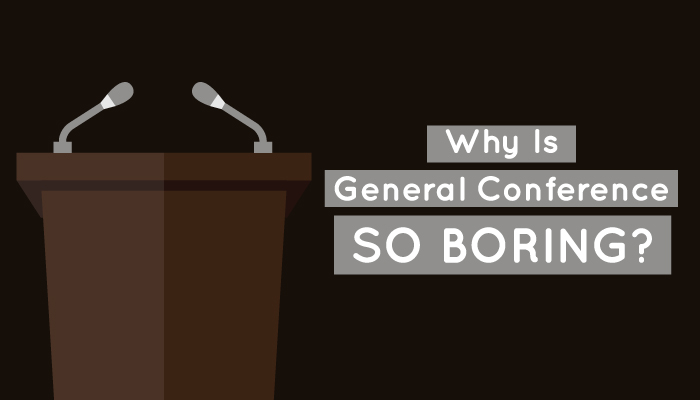 It is with mild guilt and shame that I admit — despite being a recommend-carrying, Book of Mormon thumping, Saint of the Latter-days —I find General Conference incredibly difficult to sit through.

For those of you who sit at home, spine straight and bright-eyed, Sunday dress optional, pen furiously jotting down each and every shining pearl of wisdom uttered by the General Authorities — know that your ability to pay attention is the object of my envy.

My conference watching experience begins with a straight spine, bright-eyes, pen and pad itching to help me fulfill my conference-watching potential. Despite all my best intentions, it degrades and I’m left slumped over, asleep, wearing sweat pants under my dress, with a note-book full of miscellaneous doodles.

So, for my own personal benefit and for the benefit of every faithful Latter-day Saint out there who suffers from GCIN (General Conference Induced Narcolepsy), I will attempt to answer the question that plagues us all:

Why Can’t I Stay Awake During General Conference?

There’s not much going on on-screen. 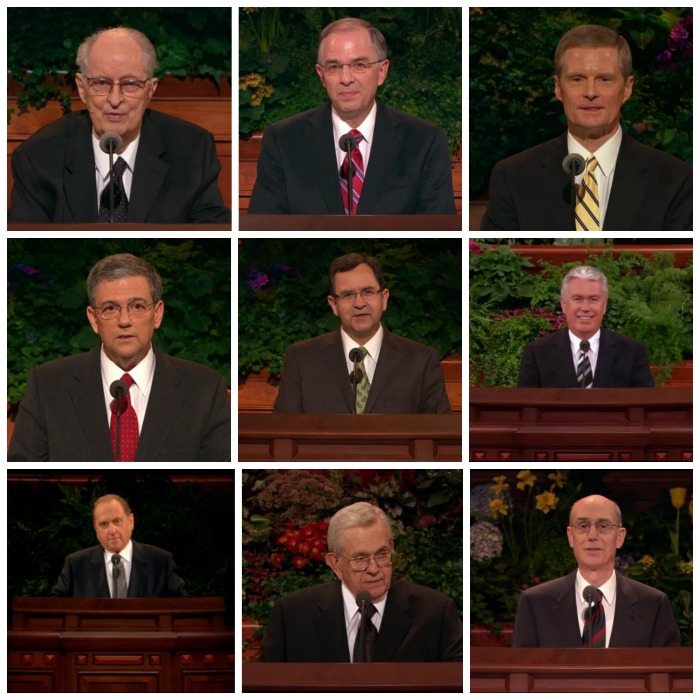 The constant bombardment and over-stimulation of modern media has left me with a decidedly impatient brain. Attempting to sit for hours on end, staring into the damp and wrinkled eyes of speaker after speaker feels nearly impossible. Watching General Conference becomes tiresome, and as I try to force my eyes open to concentrate on the speaker’s face, my ears go numb and all heavenly wisdom is lost on deaf ears.

So how do you combat this?

I listen to conference, I don’t watch it. If I’m at home, I let the audio play while I clean my room, do dishes, prepare a meal, or practice some simple stretches on my yoga mat. Removing the visual aspect completely alleviates the stress associated concentrating on what going happening on-screen, and allows me to get more out of the speaker’s message.

In recent years, there has been an increase in the number of videos and graphics used during conference — an indicator that the brethren are acknowledging the role visuals play in maintaining the congregation’s attention and illustrating some of their speaking points. (Fingers crossed this trend continues.)

The speakers’ voices lull me to sleep.

I’ve made jokes in the past comparing the cadence of the speakers’ voices to white-noise. While these are very much in jest, the fact remains that I totally could use (read: have used) certain conference talks as a home-remedy for insomnia. Though highly effective, I’ll openly acknowledge that this behavior is probably (a) inappropriate and (b) creating a pavlovian response to speakers’ voices that doesn’t serve me in the least bit.

So what do you do when a speaker begins talking and you feel your consciousness waning?

I pick a word or idea, and make note of every time the speaker mentions it, it’s like the inverse of counting sheep and has varying success rates. If I do fail to stay awake, I’m sure to get the speaker’s name written down so I can read the talk later.

And if all else fails, in case you haven’t heard, the Lord’s University is now selling caffeinated beverages.

I can’t relate to the speaker’s topic.

This used to be my go-to excuse until I recently realized that is what complete and utter horse-manure (excuse the language).

I used to watch conference with the expectation of receiving profound personal spiritual revelation, which I interpreted as a free pass to disregard any conference talk I felt did not apply to me. I’m sure it comes as no surprise to anyone that my resulting conference based spiritual impressions could be measured on a scale of zero-to-scant.

Allow me to let you in on a secret I’m sure most of you consider to be a basic truth:

EVERY SINGLE CONFERENCE TALK APPLIES TO YOU

That’s right: all of them. It may take some creative thinking and dot-connecting to figure out how any given talk applies to you, but I promise there’s a nugget of wisdom in there for you. (Bonus points: comment with the name of a talk you don’t think applies to you, next commenter explain how it might apply.)

There is no wrong way to enjoy General Conference. 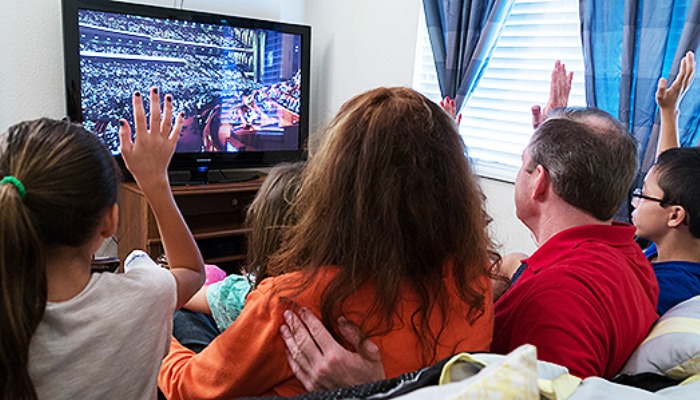 This is not an extensive guide on how to get the most out of general conference; nor is it an inarguable list on how everyone should be watching conference. If you’re a member of the bright-eyed, note-taking, Conference-enjoying couch sitters, halle-frikin’-lujah! Keep right at it.

But if you suffer from GCIN, as I do — don’t be ashamed. Drink your caffeinated beverage with your head held high and glean from conference what you can. Trouble focusing during General Conference doesn’t mean you’re a bad Mormon, it just means you need to adjust your conference watching tactics.