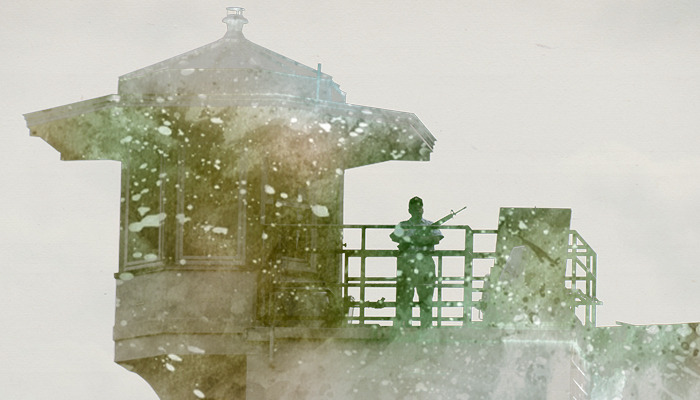 In the Book of Matthew we are told by the Lord, “But I say unto you, Love your enemies, bless them that curse you, do good to them that hate you, and pray for them which despitefully use you, and persecute you”.

While serving a full-time mission for the Church, I experienced an opportunity to practice this counsel in a most unusual manner.  The event changed my life.

The Lord sends His missionaries to all parts of the world to preach His gospel.  Some are sent to peaceful and calm fields of labor, while others are sent to places in the world where controversy and unrest exist.  Shortly after my conversion to the Church in 1959, I found myself serving a proselyting mission to West Berlin, Germany, one of the more unstable places to be at that time in the world.

At that time Berlin was a divided city by the infamous Berlin Wall.  Hastily constructed in 1961 of concrete and barbed wire, it stood thirteen feet high and surrounded the entire 321 square mile land mass of West Berlin.  For over twenty-eight years after the Second World War it divided the prosperous rebuilt West Berlin from war-torn East Berlin.

There were still bombed out buildings everywhere in the East and a very depressed economy. The Russian communist government which controlled East Germany and East Berlin after World War II had done little to rebuild their half of the city, while the West was completely reborn into a new and beautiful place. The Wall physically and ideologically divided what was once a beautiful world capital into two contrasting segments.

Many streets running through the city were divided down the middle by the Wall, allowing only pedestrians and bikers to pass.  Behind the East’s side, however, all buildings were destroyed back about 100 yards from the Wall.  This allowed guard towers to be built on the East side with unobstructed views of their side of the Wall.  From them, armed guards were kept on post constantly to prevent anyone from trying to escape to a better life in the West.  At least 100 individuals met their deaths attempting to scale over it or tunnel under it.  Many more were taken prisoners, only to be imprisoned for extended periods of time; some were tortured and some executed.

Christmas Eve 1964 found me with several other missionaries at the home of a fine members family in West Berlin. After a wonderful Christmas Eve dinner, we all enjoyed a short nativity program and discussion.  As the time came for us to leave, our hosts gave each of us a Christmas gift, a brightly decorated bag containing about half a dozen large, ripe navel oranges.  It was their way of wishing us a Merry Christmas.  I was delighted with the gift and could not wait to enjoy them Christmas morning.   With our limited missionary budgets, we seldom had extra funds for such things.

As we left we discovered that due to it being Christmas Eve, all public transportation had closed early so that the workers could be home with their families.  That meant we would have to walk the several miles home to our apartments. 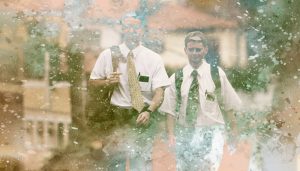 It was a very cold, clear evening with only a light snow on the ground.  As we walked along the avenues we felt the Christmas Spirit within us and we started to sing Christmas carols aloud in both English and German.  It must have been a sight to see eight missionaries parading down the streets late at night carrying bags of fruit and singing carols as loud as they could.  Many bystanders waved and acknowledged us and even wished us a Merry Christmas.

Part of our route home took us down one of those streets divided by the Wall.  When we reached the American sector of the city, we observed a large wooden platform standing adjacent to the Wall.  It was built by the American forces to allow visitors such as tourists, military, government officials and West Berliners to peer over the Wall at any time into the vacant, desolate East.

Together we felt the urge to climb the stairs leading to the observation deck.  Once on top, we looked out over at the other side.  There, a hundred yards straight across was a guard tower rising about twenty feet high on timbers and equipped with powerful searchlights pointed in our direction.  We could see two men inside back-lit by a small single light bulb watching out for possible escapees on that Christmas Eve.

We felt pity for them.  It was very cold, and there they were, spending the night in a little shack all alone and charged to defend their Wall from escapees when they would surely rather have been home with their family and friends celebrating this very special holiday.

We talked about what we could do for them.  Could we send them some kind of Christmas cheer?  They were our enemies for sure.  But they were also our brothers.  If it wasn’t for the politics of evil men, we could have met them as friends somewhere else under better circumstances.

In the cold of that night, we felt a special spirit burn within us that directed us to share our Christmas with those who were supposed to be our enemies.  All at once we started to sing Christmas carols to them as loudly as we could.  They were far away, and we didn’t know if they could hear us.

But they did.  After singing a few more hymns we had another idea.  Why not share our Christmas oranges with them?  Surely we could spare a few.  As we were all young men and had played baseball at some time in the past, our arms were strong.  Each of us took several oranges out of our bags and began hurling them as far as we could over the Wall.  To our surprise, most of them landed quite close to the tower.

As we did so, the door to the tower opened and two young men in military uniforms with rifles over their shoulders started to descend the stairs.  As they reached the ground we observed that they placed their rifles in plain sight against the stairs.  They then took several steps and looked at us.  A moment later they removed their hats.  They waved them at us and yelled back to us as loudly as they could in German “Frohliche Weihnacten” or “Merry Christmas.”

We waved back and gave them the same greetings. We exchanged this greeting several times. Then they proceeded to run out into the field and gather as many oranges as they could hold.  They stuffed them into their pockets, under their coats and even in their hats.  I don’t think they missed a one.

This must have been a rare treat for them, as fresh fruit and especially oranges were almost nonexistent in East Germany.  These may well have been the first oranges they had ever tasted.  When all the oranges were picked up we wished each other a Merry Christmas and waved goodbye as the young men ascended again up the ladder with their rifles and oranges to resume the duties of guarding against their fellow Berliners who would risk their lives to escape to freedom.

We, on the other hand, went on our way home, happy to have shared our little gifts with them and hoping we someday would meet again under better circumstances and perhaps teach them the gospel of our Savior, whom we were honoring that night.

The whole event lasted no more than ten minutes.  As brief as this encounter was it was truly a moment to remember.  A bitterly cold night was warmed by our exchanges.  Those who had been our enemies were, for a few moments, our friends and brethren in the gospel.  It was truly a memorable event, never to be forgotten.  As each Christmas comes and goes I take a few moments to relive that special event.  It still gives me a great satisfaction. 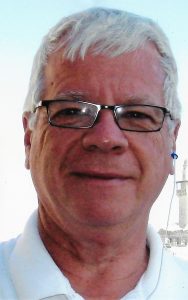 I live in American Fork, Utah with my wife Margaret.  I was born and grew up in Upstate New York around the present historical LDS sites such as the Hill Cumorah and Palmyra. and was very familiar with the Church long before I became a convert in 1959.  Soon after joining I found myself  serving a full time mission for the Church in Berlin, Germany.  That was the first of my four missions.  I busy myself today trying to keep up with our 11 children and 42 great grand children.  I love to do family history and play golf with all the old men in our neighborhood.  My goal is one day shoot my age at 74.