Faith 3 Things You Should Know About Evil Spirits 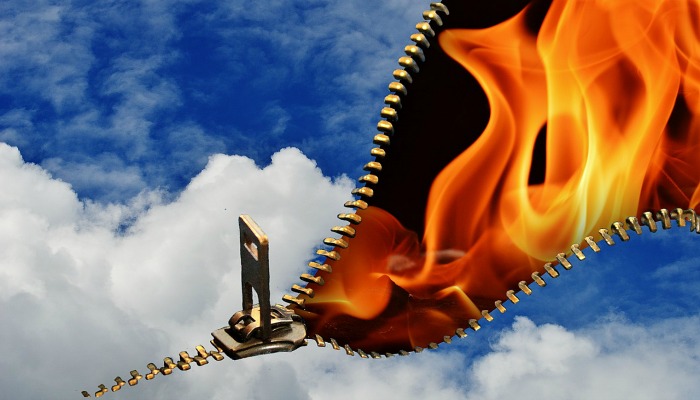 A topic usually reserved for hushed conversations among missionaries trying to show off, demonic possession is not common fare for members of the Church, and for good reason. The most sacred experiences are often extreme cases of being rescued by the Savior. Satan tries to influence people away from receiving salvation by convincing us that he and his followers are not real, that spirits are inherently mystical, or that Christ cannot prevail over them.

Let’s debunk each of these ideas.

Let’s be honest, everyone out there has a friend of a friend’s cousin’s penpal that served a mission and tells a miraculous story about casting out an evil spirit. Hearing so many of these stories or reading them online may cause many to feel that they are entirely fabricated and unrealistic.

While we obviously cannot attest to the validity of all of these accounts, it does seem rather hasty to cast each of them out without any consideration.  As we will discuss in our next point, the scriptures teach us that demonic possession is indeed verifiable.

Related: What do Latter-day Saints Believe About Satan?

Christ Did It In The Bible 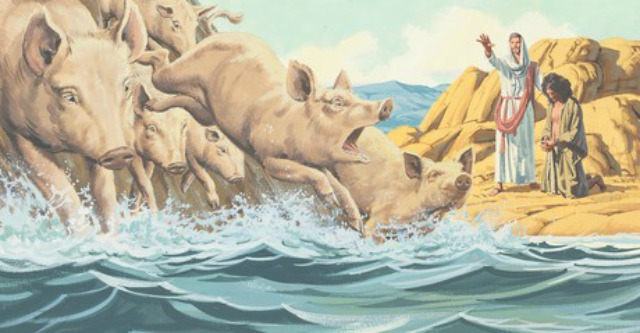 Christ Himself is recorded sending away evil spirits that had possessed two individuals in the country of the Gergesenes (near the Sea of Galilee).

So the devils besought him, saying, If thou cast us out, suffer us to go away into the herd of swine.

And he said unto them, Go. And when they were come out, they went into the herd of swine: and, behold, the whole herd of swine ran violently down a steep place into the sea, and perished in the waters (Matthew 8:31-32).

The Prophet Joseph Smith gave an interesting response to this account.

The devil has no body, and herein is his punishment. He is pleased when he can obtain the tabernacle of man, and when cast out by the Savior he asked to go into the herd of swine, showing that he would prefer a swine’s body to having none. All beings who have bodies have power over those who have not.

This is a real episode of demonic possession in the Bible. The illustrative commentary given by Joseph Smith helps us understand some of the reasoning behind why such possessions can occur. Satan is highly motivated to inhabit the “tabernacle of man” as he eliminated himself from ever having a body due to his actions in the premortal life.

Joseph Smith Had Experience With It As Well 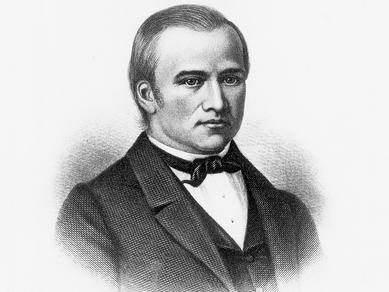 Elder Bruce R. McConkie related an instance of demonic possession (and subsequent casting out) from our current dispensation.

[Joseph Smith] like the Master, whose servant he was, cast out devils and healed the sick.

In the same month in which the Church was organized, Newell Knight was possessed by an evil spirit. So severe and agonizing were the circumstances that the afflicted believer’s “visage was distorted, and his limbs were twisted out of shape in a frightful manner,” and “he was caught up from the floor and tossed about the room.” The Prophet “rebuked the evil spirit in the name of Jesus Christ and commanded him to depart.” Brother Knight then “saw the evil spirit leave him and vanish from his sight.” Then all was peace.

Jesus in Cana of Galilee performed his first miracle by turning water into wine. Joseph performed his in Colesville, New York, when the priesthood of God bade the demon from hell to depart from an ill-gotten habitat.

What do we learn about casting out demons from this episode? That it can be done.

But not much else.

The mechanics for such an exorcism are vague and must be read into. What does rebuking a devil look like? It’s hard to tell from the history alone.

This is a potentially aggravating aspect of the gospel; we don’t get a lot of answers to the ‘how it works’ questions. For instance, how does resurrection work? How does prayer work? When Enos asked how his sins were forgiven the answer was essential, “because of your faith.” How did Joseph Smith (or how could I) cast out a demon? Faith, apparently.

Related: What is the Church’s stance on exorcism? 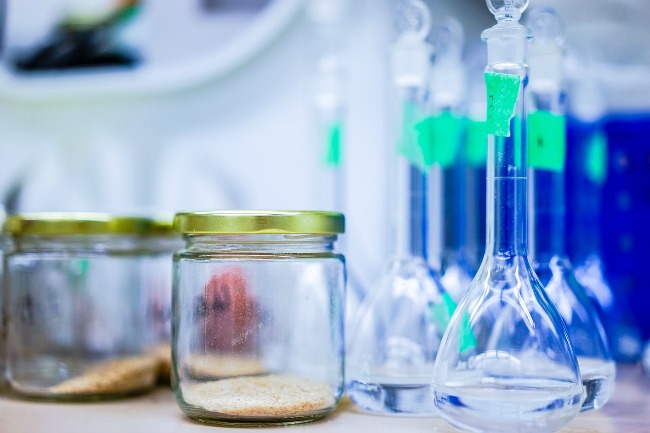 As we said, we don’t get manuals for everything we do in the Church. Moroni made sure we knew how to perform the sacrament, ordain people to the priesthood, and other critical ordinances as he closed the Book of Mormon but he neglected to include a section on demonic possession. Wouldn’t it have been nice if he gave us a specific prayer that could be used in such an instance, or even some guidelines so as to discern when demonic possession has occurred?

It is a confusing topic even for those with experience in the matter. The apostles of Christ’s earthly ministry were sent out on missions and were astonished that even the evil spirits obeyed them as they acted in the name of their master. Joyful astonishment gave way to terrified or at least confused bewilderment as they met a case where their previous methods could not prevail.

Lord, have mercy on my son: for he is lunatic, and sore vexed: for ofttimes he falleth into the fire, and oft into the water. And I brought him to thy disciples, and they could not cure him. Then Jesus answered and said, O faithless and perverse generation, how long shall I be with you? how long shall I suffer you? bring him hither to me. And Jesus rebuked the devil; and he departed out of him: and the child was cured from that very hour. Then came the disciples to Jesus apart, and said, Why could not we cast him out? And Jesus said unto them, Because of your unbelief: for verily I say unto you, If ye have faith as a grain of mustard seed, ye shall say unto this mountain, Remove hence to yonder place; and it shall remove; and nothing shall be impossible unto you. Howbeit this kind goeth not out but by prayer and fasting” (Matthew 17: 15-21).

The Savior took that particular instance upon Himself and after succeeding in casting the spirit out when His apostles had failed, explained to them that there were kinds of spirits that could be rebuked only if there is a certain level of righteousness behind the caster-outer. 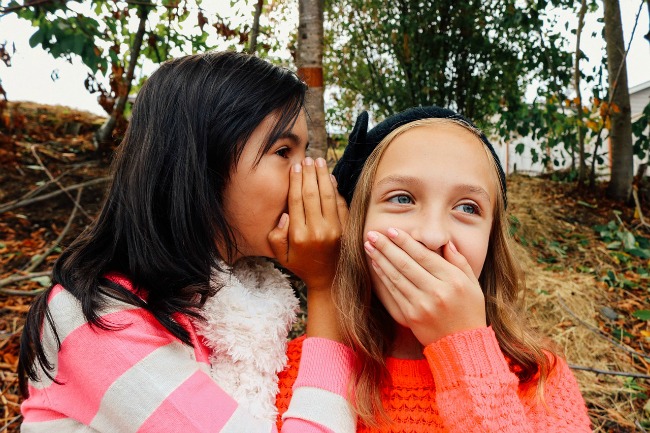 Within the Church, there seems to be somewhat of a trivial or disbelieving attitude surrounding this topic with an aura of mysticality. Laughing or making jokes is oftentimes the natural response to awkward or unfamiliar territory. However, we are called to exist above our natural tendencies. As with all things that are sacred and not frequently discussed in the Church, it’s important that we don’t pretend to know more about it than we do when we simply do not have all the facts.

Related: Does the Church believe in demonic possession?

How does one actually combat otherworldy adversaries? What is one supposed to do if they are faced with a situation in which they believe they or someone they know is being accosted by an evil spirit? This kind of thing would be done in the same way that any other faithful act would be.

And it came to pass that Moses began to fear exceedingly; and as he began to fear, he saw the bitterness of hell. Nevertheless, calling upon God, he received strength, and he commanded, saying: Depart from me, Satan, for this one God only will I worship, which is the God of glory.

And now Satan began to tremble, and the earth shook; and Moses received strength, and called upon God, saying: In the name of the Only Begotten, depart hence, Satan.

And it came to pass that Satan cried with a loud voice, with weeping, and wailing, and gnashing of teeth; and he departed hence, even from the presence of Moses, that he beheld him not (Moses 1:20-22).

Christ tells us that we should not fear the world because He has overcome it. If we do all that we do in His name then we are similarly enabled by virtue of His power. Are evil spirits in the world? Obviously, a third of the hosts of heaven were cast here. If they are in the world then they have (already) been overcome by the Savior.

Therefore the best answer to the “what do I do if faced with an evil spirit?” question is to do all that you do in the name of the Son of God. This kind of living invites the Holy Ghost which will teach you all things, even the things that you have never heard before. Though you may not understand beforehand the things that you will do, you can hang your hat on the promise that the Lord will tell us what to do in the very hour of our need.