This article was originally written by Kelsey Berteaux and  is the second part of a previous list. Below is an excerpt from LDS Living:

As a lifelong member of the Church who’s lived in a few different geographic regions, I thought I’d heard it all. I’ve fielded questions about polygamy, pioneers, dancing and Donny Osmond. (Have I also mentioned that I’m not Amish?) But then we asked you, our readers, about misunderstandings you’ve encountered about your faith.

I hadn’t heard the half of it.

We were amazed by the number of stories we heard about well-meaning friends and neighbors who didn’t quite have their facts about “the Mormons” straight.

From carbonated soda consumption to having horns and tails–and pulled straight from the real-life encounters of our readers–here are a few more things people get wrong about us Latter-day Saints.

Remember: While some of these misunderstandings are humorous or downright strange, every time someone tells you something incorrect about your faith, it’s a perfect missionary opportunity. Don’t ridicule–teach.

Except that it isn’t. Most Latter-day Saints have heard this before, even if it hasn’t been said to their face. Let’s clear this error up.

By definition, a cult is “a small religious group that is not part of a larger and more accepted religion and that has beliefs regarded by many people as extreme or dangerous” (Merriam-Webster, emphasis added).

There are a few problems with classifying Mormonism as a cult. First is that we’re no “small religious group.” In fact, we’re 15 million members strong—and more than half of those are outside the United States.

Second, we are also part of a “more accepted religion”: Mormons are Christians, in that we believe in God and His Son, Jesus Christ.

Well, where are yours? Actually, even though I’ve heard this before, I didn’t think anyone actually believed it—at least not today. But several LDS Living readers shared their experience with this myth:

“Did you know that Mormons have horns? True story! Back in 1977, I was talking to a sailor at Newport News Shipbuilding and Dry Dock who honestly thought that.”

“I’m middle-aged and heard the horns and tail story from my mother, who encountered people who wanted to see hers when she was a girl.”

“A kid in third or fourth grade said he heard that we have horns and a tail. We apparently keep our tail hidden and file down our horns so people won’t know about them. Even at 8 or 9 I found that so funny that I wasn’t mad or embarrassed.”

“I had a guy on a plane get really really surprised to realize that the person he had been chatting with for a couple of hours (me) was a Mormon, because he sincerely believed that we all had horns, and I did not. No joke–an educated businessman in the ’90s who was heading to Park City to ski, and he was not kidding.”

“I moved to Oklahoma when I was in second grade. The other children in my class asked to feel my horns. I guess they thought that Mormons had horns that they had to file down to fit in. I let them feel my head, no horns.”

The important thing to remember: Mormons are people, just like everybody else. Right down to our lack of horns and tails.

If you want to continue reading, click on the following link www.ldsliving.com 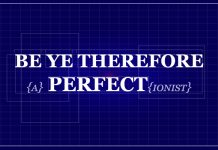 The 3 Types of Perfectionism 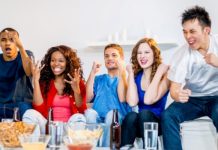