Faith Belief What Is an Abrahamic Test and Can I Get Through Life without...

Therefore, they must needs be chastened and tried, even as Abraham, who was commanded to offer up his only son. For all those who will not endure chastening, but deny me, cannot be sanctified (D&C 101: 4 – 5).

This is one of those scriptures that almost gets me running for the door. We’re supposed to liken the scriptures unto ourselves, I know, but when I read about the Abraham and Isaac thing and try to put myself in Abraham’s place (or Isaac’s for that matter), my knees get shaky.

The Church of Jesus Christ of Latter-day Saints fastens everything it says and does on the goal of exaltation. We never get a Sunday School lesson on how to get to the terrestrial kingdom. Sanctification is what we are all about. Sanctification requires passing Abrahamic tests.

Not every Abrahamic test is as trying or bitter as was Abraham’s and Isaac’s, but two well-known situations in Latter-day Saint history were still terribly difficult: plural marriage and Zion’s Camp. The D&C makes it clear that these tests separated the lukewarm Saints from the dedicated ones.

Joseph Smith said, “When the Lord has thoroughly proved him, and finds that [a] man is determined to serve Him at all hazards, then the man will find his calling and his election made sure, then it will be his privilege to receive the other Comforter, which the Lord hath promised the Saints…” (History of the Church, 3:379-381). So, passing an Abrahamic test (or two, or three) is highly worth it.

What is an Abrahamic test?

An Abrahamic test has certain characteristics that make it difficult.

Heavenly Father watches us as we move through the requirements of an Abrahamic test. Sometimes He’s satisfied with our progress and the process, and the goal at the end is not important to reach. Other times, the goal sets us on a new path that bears a lot of surprisingly wonderful fruit. Sometimes we only see in retrospect how we have benefitted. 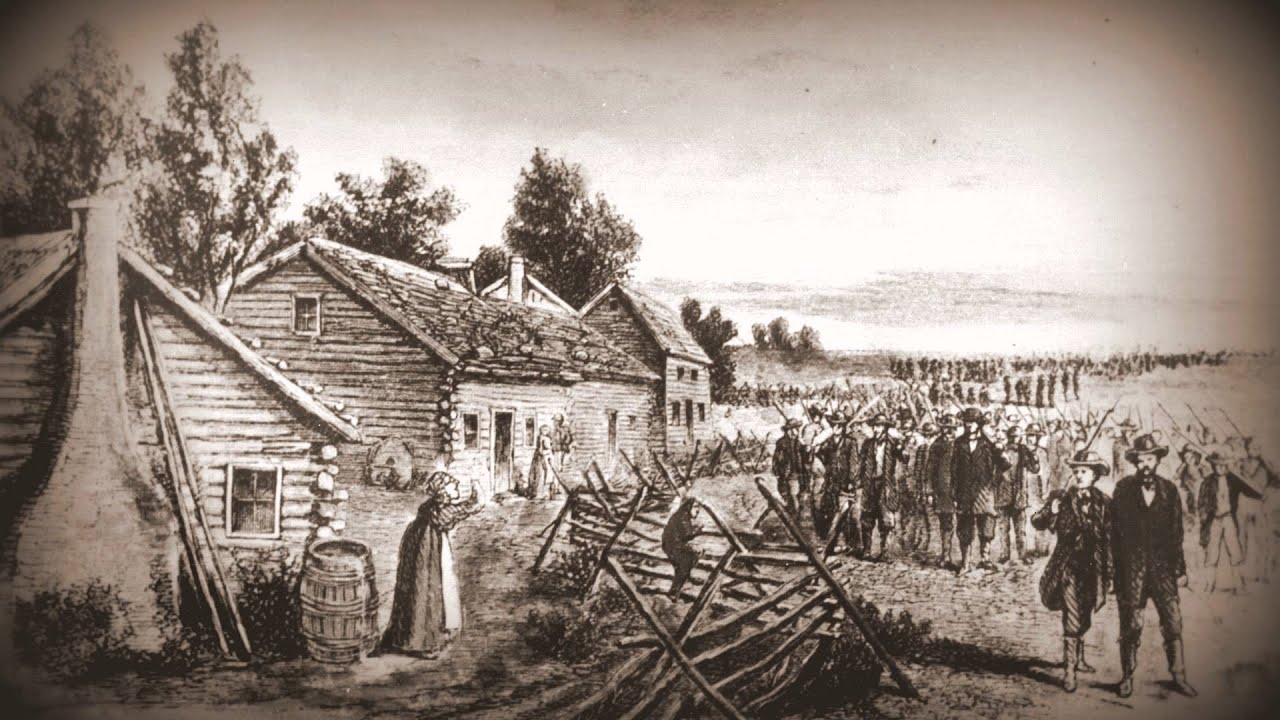 Let’s see how Zion’s Camp fits the standard of an Abrahamic test. Latter-day Saints had been driven from their land in Missouri and were under the constant threat of mob violence. Governor Dunklin had offered protection to get them back to their land, but couldn’t afford them protection once they got there. In Kirtland, Joseph could perhaps pull a force of Mormons together to protect the Saints once they were restored to their property.

Joseph received a revelation confirming that decision (Section 103) and began efforts to recruit men and money for the march. Meanwhile, the citizens of Jackson County got wind of the coming “Mormon army” and raised the battle cry. They burned 170 buildings belonging to the Saints and set about organizing their defense.

By the time the brethren of Zion’s Camp reached the Mississippi River, their army numbered over 200 men. That’s paltry few. To most of the men, the idea went against all reason. It was springtime and a very important time to be attending to growing food. Poverty was always a challenge, so attention to the crops and livestock could be a matter of life and death.

Once the camp got underway, disease and hardship struck. Many turned against the prophet. Although the camp was protected by a miracle from the brutal mob that greeted them in Missouri, Joseph called off the venture just before the goal was in sight. Those who stuck by Joseph through the whole trial and remained faithful became the future leaders of the Church. 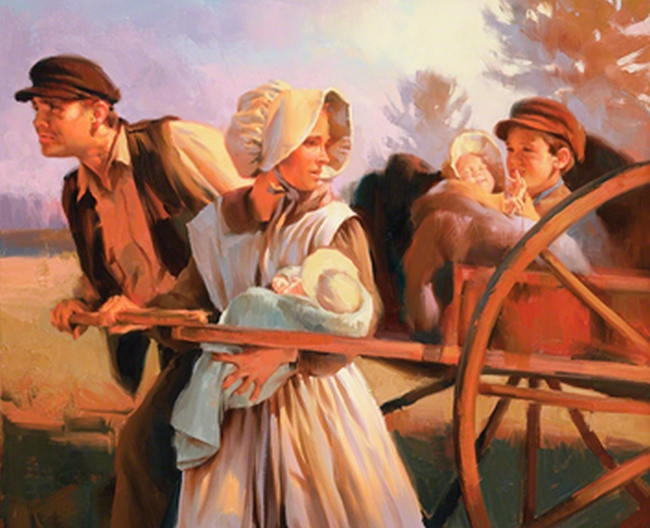 Plural marriage fit all the characteristics of an Abrahamic test. The very idea was appalling to most of the Saints. Joseph bid them get their own spiritual proof that the commandment was from God. Some who did seek this truth had the heavens opened to them. So they knew this bizarre commandment was from God, but many felt like it would destroy them and the Church.

Although we still all hate the idea, plural marriage raised up seed to the most righteous men of the Church. Those families were the backbone of the Church. It also provided for strong women who, though strong, still needed support.

Obtaining a handcart and setting out to Utah from Winter Quarters (London, Liverpool, New York City, etc.) was an Abrahamic test. Pioneers received letters from their nonmember families admonishing them for risking their lives and the lives of their children to follow a “cult leader” into the unknown. They went because the Spirit strengthened them in that direction, but it seemed crazy to everyone else in America. It was a huge, risky, endeavor that took a lot of faith and sacrifice, but the fruits of their courage are remarkable.

Were you happily pursuing your college degree in a field you thought you were meant for and then received a prompting that you should change your direction? “No!” You were thinking. If I go to this other school and change my major, it will add a year to the time it takes to get a degree. I already have housing in (*name of college town*), too! Your family was astounded that you would even consider a decision like this. (Maybe you switched from business to art!) It sounded crazy to them and to your friends, too. But you listened to the Spirit and launched out on a wing and a prayer.

Hooray! You passed an Abrahamic test.

The same thing can happen when you consider serving a mission. The Spirit is urging you to do something a little off what you expected, like to consider not serving when you thought you would serve, or vice-versa. With cultural expectations, sports, career, relationships all tugging at you, making a decision by the Spirit can be an Abrahamic test.

Related: I Didn’t Serve a Mission and That’s OK

Have you decided by the Spirit to bring another child into your family by birth or adoption even though it didn’t make logical sense? Have you sold or bought a home because the Spirit prompted you to? Changed jobs? Moved to another state or country for no logical, visible reason? All Abrahamic tests. Congratulations.

Everything the Church is doing right now with Come, Follow Me, new programs for youth, and other changes, is to bring us closer to the Spirit so He can direct us. As chaos increases in the world, our own reasoning won’t serve us as well as the Spirit will for making decisions for ourselves and our families. We will need to be ready and willing to pass Abrahamic tests.

Looking back, our family has a number of these tests under our belts. Our lives have been much more of an epic adventure because we passed them. Although difficult, they were huge blessings in our lives for which we’ll be eternally grateful. I recommend them to everyone!