Faith Belief From Addict to Saint: How One Man Found God

Todd Sylvester grew up never believing in God. All throughout high school he would make fun of his classmates who did—after all, he felt like life was going amazingly well. He was happy, popular, given a college basketball scholarship, and everything seemed to be going his way, even without ever praying to God. That is until he decided he was going to take his own life at the young age of 22.

Mormon Channel released a new Mormon Message today that follows the true story of Sylvester on his journey to find God. In the video, Sylvester recounts how a number of bad choices caused him to lose everything and led him to decide to end his life. On that day he overheard a conversation between two girls. They were discussing fasting, and Sylvester curiously inquired what it was. The two girls explained to him its purpose and how it works. That night, he went home, knelt down in prayer, and began his fast. However, the next day Sylvester did not feel anything new and went about his life as normal. The only difference was he no longer wanted to take his own life.

The night he knelt down in prayer marked the beginning of Sylvester’s journey to find God. Two years later and after a series of small but obvious and inspired events, Sylvester found himself turning his life around. Watch the video above and hear Sylvester share his story. 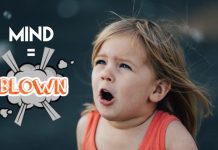 7 Popular Songs You Didn’t Know Are About God