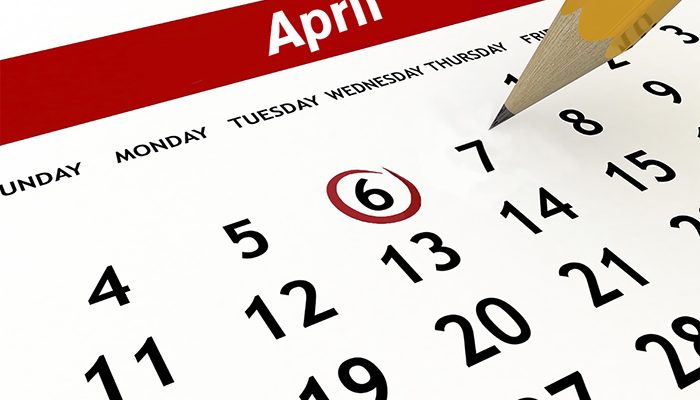 The date of April 6th is an important date for members of The Church of Jesus Christ of Latter-day Saints, also known as Mormons. Members of the Church refer to many important events occurring on this day. So let’s look at some of these events and separate fact from fiction. What actually occurred on April 6th, and what is just Mormon myth?

True. On April 6th, 1830, Joseph Smith and a group of about thirty faithful followers came together to form The Church of Jesus Christ of Latter-day Saints. Joseph and those in attendance with him packed into a log cabin which belonged to Peter Whitmer Sr., located in Fayette, New York. They prayed together to open the meeting, following which, Joseph Smith asked all in the room to consent to organize themselves into an official church. It was a unanimous vote. All those who had previously been baptized were able to receive the sacrament, which is taking bread and water as part of a sacred ceremony in representation of taking the Lord’s body and blood. This was the first time in the current dispensation that the sacramental ordinance was performed.

Revelation of Doctrine and Covenants Section 21

True. The Prophet Joseph Smith was given new revelation from God that ultimately became the twenty-first section of the Doctrine and Covenants. The Doctrine and Covenants is additional scripture, a collection of revelations to modern prophets, that Latter-day Saints read alongside the Book of Mormon and the Bible. This section confirms the Lord’s approval of the Church’s organization and of the leaders appointed to guide The Church of Jesus Christ of Latter-day Saints.. The scripture reads in verse 1: “Behold there shall be a record kept among you; and in it thou [Joseph Smith] shalt be called a seer, a translator, a prophet, and apostle of Jesus Christ, an elder of the church through the will of God the Father, and the grace of your Lord Jesus Christ” (Doctrine and Covenants 21:1). This revelation from God affirms that Joseph Smith was given the status of a prophet, seer, and revelator for the restored Church of Jesus Christ. From this section as well, the members of the Church were then instructed to follow the prophet’s counsel and commandments, because he was now God’s mouthpiece.

The Birth of Jesus Christ (edited)

Maybe True. Although we celebrate the Savior’s birth in December, there is a possibility that from a certain interpretation of the first verse in section 20 of the Doctrine and Covenants that Jesus Christ was born on the same day that The Church of Jesus Christ of Latter-day Saints was organized. The scripture reads as follows: “The rise of the Church of Christ in these last days, being one thousand eight hundred and thirty years since the coming of our Lord and Savior Jesus Christ in the flesh, it being regularly organized and established agreeable to the laws of our country, by the will and commandments of God, in the fourth month, and on the sixth day of the month which is called April–” (D&C 20:1). That the Church was founded exactly 1830 years to the day from Christ’s birth is only one interpretation of the verse. However, according to statements made by two Presidents of the Church–Harold B.Lee and Spencer W. Kimball–April 6th is the day when Christ was born. It is hard to know whether these statements are based on revelation or personal interpretation. Elder Bruce R. McConkie gave a statement ultimately saying that according to our present knowledge, no one knows when Christ was born.

The Second Coming of Christ

Not true–Yet. Realistically, from the leaders of the Church, everyone has received instruction that no one knows or will know the time which Christ will come again to the Earth as a resurrected being. There are several events and occurrences that are revealed to all as signs of the times that the Second Coming of Jesus Christ is approaching. A list of these events have been compiled on this site: http://www.understandingmormonism.org/jesus_second_coming

Upon close examination of this list of events that lead up to Jesus Christ coming, it is clear that the last days are near. Modern-day prophets and apostles, men who are called by God to guide His Church, have admonished people all around the world that they should prepare themselves for when Christ will come again.