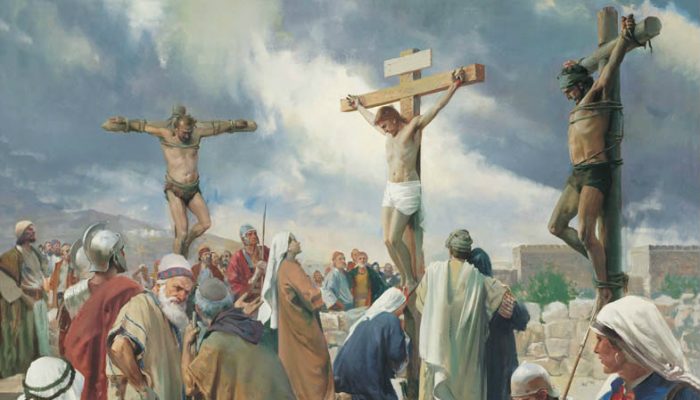 The Bible says that “God so loved the world, that He gave His only begotten Son” (John 3:16). If God is all-powerful, why did He need to sacrifice His son Jesus Christ? Couldn’t God have simply forgiven us our sins, without making Jesus suffer?

Why Non-Christians Don’t See the Need for Jesus’ Sacrifice

I was recently discussing this topic with a wonderful Muslim friend of mine. She has lived and worked at Brigham Young University among members of The Church of Jesus Christ of Latter-day Saints for about six months now, and has very positive things to say about the Church and its members. We agree on most topics, but we differ on the nature of Christ. She doesn’t believe that God would cause one of His prophets (in Islam Jesus is considered a great prophet) to suffer unjustly. She believes that God can simply forgive humans because He chooses to do so, without requiring a mediator.

One may be tempted to overlook this as a superficial difference in doctrine (simply a different narrative from a different faith tradition), but both the Bible and the Book of Mormon suggest that the difference is critical. In the Bible, Christ says: “I am the way, the truth, and the life: no man cometh unto the Father, but by me” (John 14:6). The Book of Mormon says that “all mankind were in a lost and in a fallen state, and ever would be save they should rely on this Redeemer (Christ)” (1 Nephi 10:6). Such exclusive statements confirm that the issue of Christ is a critical point. But why?

Why Believing in a Personal Savior Brings us Closer to God

It seems like God didn’t just need a mediator or redeemer, He needed us to know that we had one. If it was just an issue of mechanics, God could have had His son suffer without telling us about it. It would have made for simpler doctrine, in a sense. The fact that He has told us consistently and insistently about His Son suggests that there is some virtue to the thought itself: “I have a redeemer who suffered for me.”

So that is what I told my Muslim friend: it means something to me to have a redeemer. God is not just a king who grants me mercy while He sits comfortably on His throne. Rather, He is a being who is willing to suffer personally for our welfare. God the Father was willing to send His Son to suffer (for a parent, the ultimate sacrifice), and His Son was willing to come down among the peasants and to live the life they lived. He was willing to suffer and to die. Because I believe this, I am motivated to try to follow that example of sacrifice when I serve others. This has blessed my life. I also feel that God has empathy for me because of what He suffered, which makes me feel closer to God. And so, with the rest of the Christian world, I rejoice that “God so loved the world, that He gave His only begotten Son”–and that He told us about it.

What does having a redeemer mean to you?