Faith Belief Why should I Consider the Lilies? 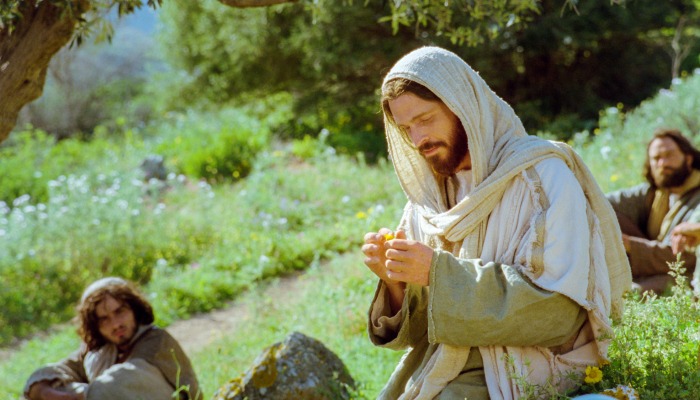 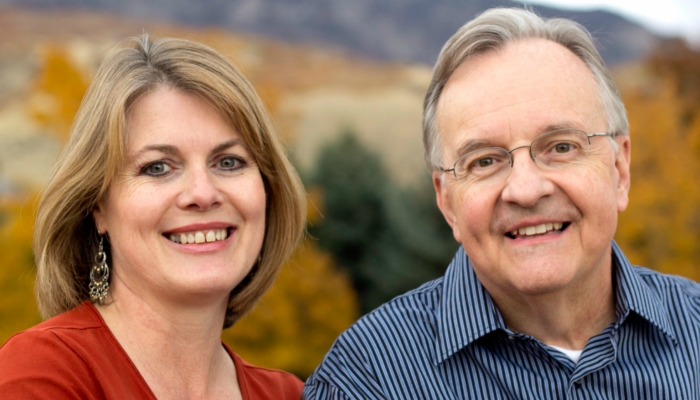 Melanie and Roger have dedicated their lives to writing music for the Lord’s kingdom. Roger gave up a regular well-paying job to start composing full-time. They didn’t have a lot of money, but they knew that’s what the Lord wanted them to do. They saw little miracles frequently that witnessed to them the power of the Lord—how He will take care of those who trust Him.

It was shortly thereafter when Roger was playing in the chapel (as they didn’t have a piano at their home) and a melody came to his fingers, which he replayed until it solidified. Then words came into his mind.

“Consider the lilies of the field, how they grow…”

He wrote the first and second verses and thought he was finished. But then, as he was about to get up, he felt that he needed to sit back down to finish composing. So he did. And he started writing:

“Consider the sweet, tender children
Who must suffer on this earth…”

In his own words, he said, “I panicked. I was afraid to tackle so large a subject. I thought, ‘My pen is too small to deal with a problem so great.’ The thought came into my mind, ‘You’re not writing this, anyway.’ I then remembered someone very dear to me who once said she had a hard time understanding why God would allow little children to be abused, and I had a great desire to help her understand this subject better and be comforted. This urged me on.”

Then he completed the sweet verse:

“The pains of all of them he carried
From the day of his birth.
He clothes the lilies of the field,
He feeds the lambs in His fold,
And he will heal those who trust him,
And make their hearts as gold”

There are so many wonderful gospel nuggets in this song that have led me to ponder this song repeatedly, asking myself “Why should I consider the lilies of the field?” 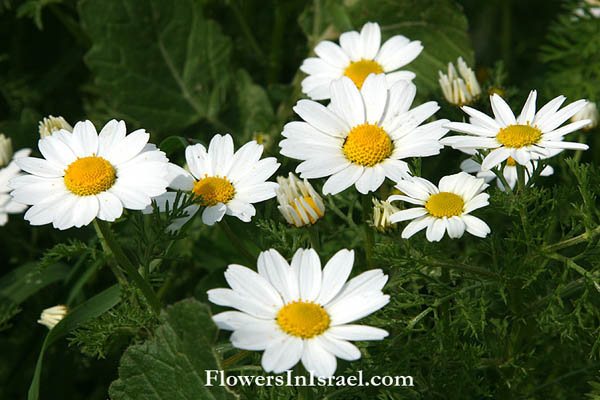 First, let’s look at lilies. Did you know that the white lilies that we often think of are not the lily Christ was referring to? Gloria Seuss, a former writer for Jerusalem Perspective, discusses in her article “Lilies of the Field” different types of flowers that are native to Israel and could be a candidate for the flower Jesus references.

“The Dog Chamomile has more than twenty varieties in Israel. This member of the daisy family blooms from January to June throughout the land. It is quite distinctive from the previous candidates, having many branches with small blossoms. Often under foot along paths and roadsides, this daisy is usually taken for granted. When viewed seriously, the brilliant white outer petals and golden-yellow center are very beautiful.”

Seuss goes on to say that these flowers are very brief in season, but that the people of Israel are well acquainted with these flowers.

“God the Creator has adorned these brief and seemingly valueless parts of his creation very beautifully. He is much more willing and able to clothe and adorn man, whom he created in his own image with an eternal soul.”

Flowers are one of God’s creations to adorn this beautiful earth. We use flowers as part of wedding ceremonies, funerals, proms, and other occasions to add that beauty.

God clothes the lilies of the fields—ie, He tends to them. He’s watchful of them, and aware of them.

How much more aware is He of us?

“He will feed those who trust Him
And guide them with His eye.”

“But behold, I, Nephi, will show unto you that the tender mercies of the Lord are over all those whom he hath chosen, because of their faith, to make them mighty even unto the power of deliverance.”

Elder Bednar, in his April 2005 address, shares a story from when he was first called to the Twelve Apostles. Feeling overwhelmed by his new calling, they stood to sing the intermediate hymn, which was “Redeemer of Israel,” one of his favorite hymns, and one he would have picked himself for the comfort and strength that the hymn gave him.

“I knew in that very moment I was experiencing just such a tender mercy. A loving Savior was sending me a most personal and timely message of comfort and reassurance through a hymn selected weeks previously. Some may count this experience as simply a nice coincidence, but I testify that the tender mercies of the Lord are real and that they do not occur randomly or merely by coincidence,” Elder Bednar says.

Just like how lilies are often overlooked, we often overlook the little things that God has so blessed us with. Experience has shown me that if we take the time and look for them, we will see the Lord’s tender loving care—His tender mercies—over all of us.

But this is not just true for missionaries.

“He will feed those who trust Him
and guide them with His eye.”

“Those who trust Him” are all those who have faith in Christ. Every man, woman, and child who believes in the Son of God can experience His precious tender mercies.

One such example happened to me not so long ago. Getting back into the grind of school can be really overwhelming, especially when you’ve taken an 18 month break. Not to mention planning a wedding, dealing with a very taxing early morning job, lack of funds, and other stressors of life. I was on the verge of a nervous breakdown one morning as I was headed back to my apartment to study.

And then I spied it. And I was completely flummoxed. Why on earth would there be a gazebo on BYU campus? 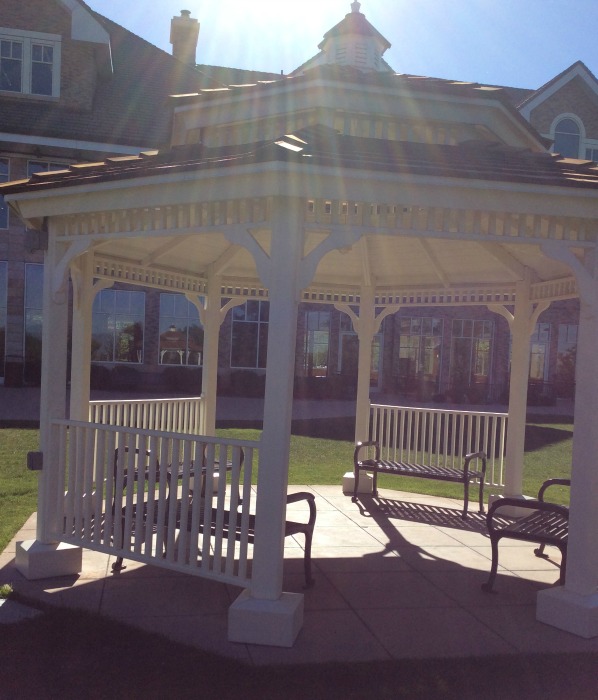 And yet, there it was! I absolutely adore gazebos, I find them so cute and charming and every time I see one, it makes me smile.

On a particularly rough morning, this was exactly what I needed!

What are the odds that there would be a gazebo on BYU campus, in exactly the spot I was going, that I would see at exactly the time I needed to see it?

How can that be coincidental?

To me, it was one of God’s tender mercies. Glimpsing the gazebo showed me how much a loving Heavenly Father cared about me. Seeing the gazebo did not take away my sufferings, but it definitely made the day easier, and every time I see that gazebo on campus, it fills me with joy because I remember the goodness God has shown me.

Considering the lilies is us considering God’s tender mercies towards each of us. Just as He will feed all those who trust Him, He will show us how much He loves each of His children, if we will only take the time to look. 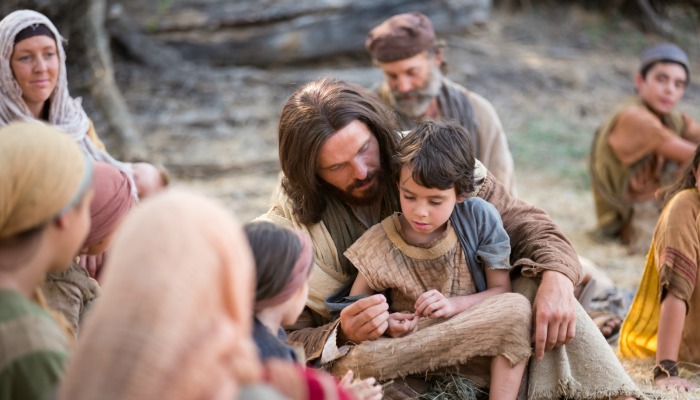 The last verse of the song “Consider the Lilies” is perhaps the most important and most beautiful.

“Consider the sweet, tender children
Who must suffer on this earth.
The pains of all of them He carried
From the day of His birth.
He clothes the lilies of the field,
He feeds the lambs in His fold,
And He will heal those who trust Him,
And make their hearts as gold.”

Christ came to earth to suffer for each and every one of us. He understands the heartache, the pain, the terror we feel, and little children are especially tender and dear to Him. So many children experience so many horrible things on this earth. And yet, there is One who completely understands. He loves little children so completely that they are completely covered by His Atonement.

As Mormon puts it, “Listen to the words of Christ, your Redeemer, your Lord and your God. Behold, I came into the world not to call the righteous but sinners to repentance; the whole need no physician, but they that are sick; wherefore, little children are whole, for they are not capable of committing sin…”

This is such a beautiful doctrine and I love how simply and beautifully this song teaches this. We understand from the New Testament how much Christ cares about little children. He invites us to consider them—and to become like them.

“And said, Verily I say unto you, Except ye be converted, and become as little children, ye shall not enter into the kingdom of heaven.” Matthew 18:3

The Book of Mormon reemphasizes this as well.

“Therefore, whoso repenteth and cometh unto me as a little child, him will I receive, for of such is the kingdom of God. Behold, for such I have laid down my life, and have taken it up again; therefore repent, and come unto me ye ends of the earth, and be saved.” 3 Nephi 9:22

Why should we Consider the Lilies? 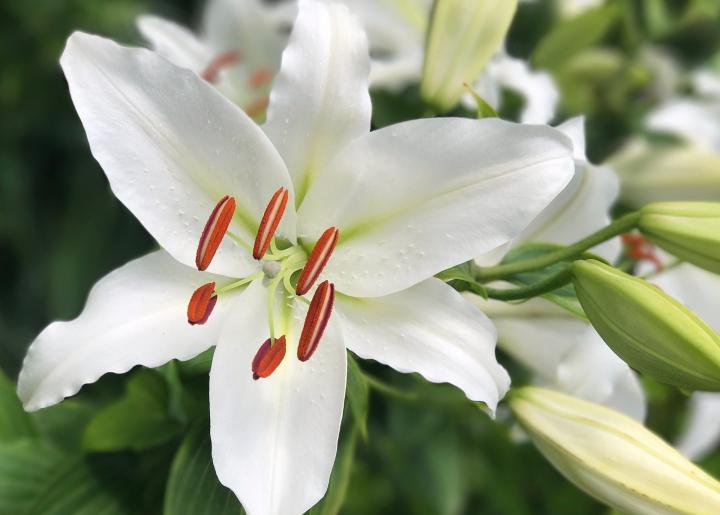 God’s great tender mercies are over all of us—His children. He loves us and wants us to come home to Him. That is His entire purpose and plan for each one of us. His mercies remind us that He’s there, that He cares.

Jesus Christ knows what we need. He feeds us, His sheep with His tender mercies, guiding us to safe pastures, leading us back to the Father.

Lilies remind us that all of God’s children are under His watchful care. He knows how we all feel. He knows the suffering of the innocent child. Christ paid the ultimate price, so in the end, all who chose to follow Him will be exalted and relieved from all suffering and pain.

Because, ultimately, that’s what it’s all about. That’s why we are to consider the lilies. They remind us of the Great I Am, our Lord and Savior, Jesus Christ. He is the Master, the Creator, the Shepherd, and the Healer.

“And He will heal those who trust Him,
And make their hearts as gold”