Those who tuned in for the first Worldwide Devotional for Young Adults heard Randall L. Ridd speak inspiring words, urging people to live life with a purpose and with real intent.

Ridd, second counselor in the Young Men general presidency for The Church of Jesus Christ of Latter-day Saints, spoke on the importance of having a good, clear focus. He said,

Be careful of your focus … don’t spend time focused on climbing a mountain, only to discover you have climbed the wrong one.

Ridd continued his talk stating that he understands how difficult it can be to stay focused on what is truly important. When it comes to making decisions, it is far too easy for people to become distracted by other choices.

He explained the importance of keeping a clear focus, teaching that it can take you where you want to go. He says,

People who don’t maintain a clear sense of purpose are drifters. Drifters allow the tides of the world to decide where they are going.

The topic was appropriate for January, as many people resolve to accomplish goals and become better with the start of a new year. He explained that small and consistent choices can help individuals lead a righteous and fulfilling life. Deseret News reports that Ridd urged those listening to his words to begin now to take the necessary steps toward living a life full of purpose. He concluded with a promise, saying,

…in a year from now, you will either be glad you started today, or you will wish you had.

In November 2014, Elder Paul V. Johnson announced that each CES Devotional will now be known as Worldwide Devotional for Young Adults. This change went into effect at the beginning of 2015. Along with the name change, the devotionals will also follow a new schedule. Now, the devotionals will only be held three times a year, taking place in January, May and September.

When the changes were announced, Johnson also encouraged members to make it a priority to attend the three worldwide devotionals, saying,

We hope you will make every effort to attend each devotional and encourage others to attend with you so that you and they might have a chance to associate together, listen to council from our leaders and receive personal revelation and direction.

To listen to the devotionals and to see the upcoming speakers, visit churchofjesuschrist.org. 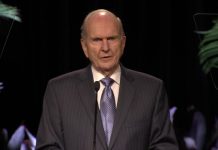 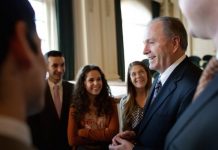 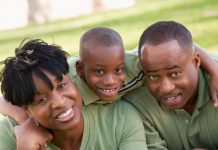