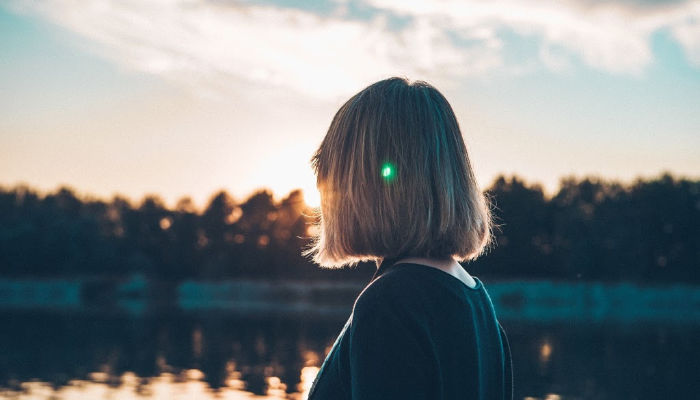 Life is not a level playing field.

Some kids are born with trust funds; some are born into poverty-stricken homes. Some people live to 105; some don’t make it out of childhood. Some individuals live a life of perfect health; some see an endless stream of doctors, never finding a cure for what ails them. The list could go on and on, but I’ll end it there.

Life is so many things: fun, crazy, beautiful, sad, wonderful, awful. But the one thing it is most assuredly not? Fair.

And in a way, it sort of makes sense, because the truth is that while God is perfect, He is not “fair.”

Does God Require Things of Some of His Children, But Not Others? 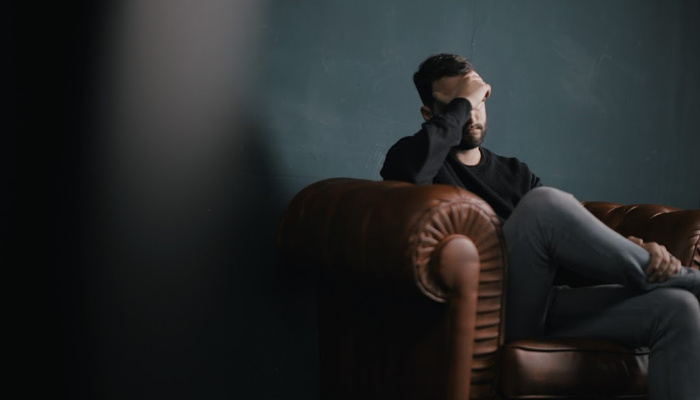 Recently, I read Tom Christofferson’s absolutely incredible book That We May Be One: A Gay Mormon’s Perspective on Faith and Family. For those of you who haven’t read it, the book chronicles Tom’s journey away from the Church after coming out, and his eventual return. As I read, I was deeply impacted by something Tom said:

“In my own experience, after I had returned to church and begun to feel more frequently the witness of the Spirit, there came a time when I felt there was an absolute, fundamental question for which I needed to gain an answer: is it possible for a wholly just, perfectly merciful, completely loving God to allow the earth experience to require significant sacrifices and even suffering for some of His children of a kind and magnitude that would not be placed before others? . . .

If this, the very basic question for which I needed to gain a response in order to move forward [in my journey back to Church], is also a question that resonates with you or with those you love, don’t be afraid to ask Heavenly Father about it. It is not my place to answer the question for you; that is a personal witness for you to gain. There may be other questions that are fundamental to your ability to determine your path. As you ponder the question, though, you might consider some examples we find of God’s dealings with His people in the past” (47-48).

Tom’s question is, summarized, the very question I have often struggled with: If God is loving and just, would He ask some of His children to do or endure something, and not others? (In Tom’s case, would God ask him as a gay man to not engage in a fulfilling homosexual relationship while not putting this same requirement (of abstaining from a relationship) on His straight, cisgender children?)

Tom goes on to give several examples of times when the Lord has asked one or many of His children to do something that He does not ask of others:

Tom poignantly concludes, “I do not know why the Lord requires sacrifices from some of His children that he does not require from others. But it is clear that He sometimes does so” (emphasis added). 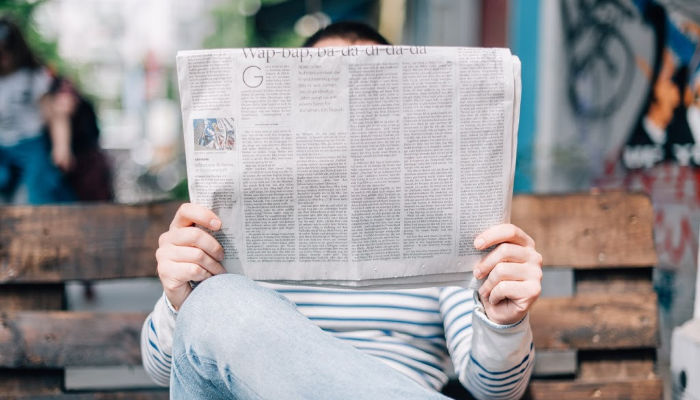 In understanding God’s nature, it’s also important to recognize that He does not create all of our trials. I truly believe that He isn’t sitting on His heavenly throne orchestrating car crashes, illnesses, and so on, but He does allow certain things to happen. Perhaps if He were “fair” in regards to how our lives play out, He would stop every injustice — or at least cause that same injustice to happen to every single person. But He doesn’t.

“The daily newspaper screamed the headlines: “Plane Crash Kills 43. No Survivors of Mountain Tragedy,” and thousands of voices joined in a chorus: “Why did the Lord let this terrible thing happen?”

Two automobiles crashed when one went through a red light, and six people were killed. Why would God not prevent this?

Why should the young mother die of cancer and leave her eight children motherless? Why did not the Lord heal her?

A little child was drowned; another was run over. Why?

A man died one day suddenly of a coronary occlusion as he climbed a stairway. His body was found slumped on the floor. His wife cried out in agony, ‘Why? Why would the Lord do this to me? Could he not have considered my three little children who still need a father?’

A young man died in the mission field and people critically questioned: ‘Why did not the Lord protect this youth while he was doing proselyting work?’

I wish I could answer these questions with authority, but I cannot. I am sure that sometime we’ll understand and be reconciled. But for the present, we must seek understanding as best we can in the gospel principles. . . .

[T]hough I know God has a major role in our lives, I do not know how much he causes to happen and how much he merely permits. Whatever the answer to this question, there is another I feel sure about.

Could the Lord have prevented these tragedies? The answer is, Yes. The Lord is omnipotent, with all power to control our lives, save us pain, prevent all accidents, drive all planes and cars, feed us, protect us, save us from labor, effort, sickness, even from death, if he will. But he will not.

We should be able to understand this, because we can realize how unwise it would be for us to shield our children from all effort, from disappointments, temptations, sorrows, and suffering.

The basic gospel law is free agency and eternal development. To force us to be careful or righteous would be to nullify that fundamental law and make growth impossible.”

Surely our Father in Heaven does not orchestrate all of our trials, but He does — as was so apparent in the case of Alma and Amulek not saving the women and children from the fire — allow them to occur.

There is no greater proof of an unlevel playing field in mortality than Jesus Christ.

He — perfectly kind, humble, and obedient every second of His mortal life — suffered more than any of us will ever suffer. The pain He experienced is unfathomable.

I think of it this way: my husband suffers from frequent, excruciating migraines. I, on the other hand, have never experienced a migraine, so it’s difficult for me to relate. I can only compare his migraines with the worst headache I’ve ever had, but I’m positive the pain doesn’t even come close to what he experiences. Until I’ve experienced it myself, try as I might, I will never fully comprehend what he goes through. I can have sympathy, sure — but I don’t really understand.

In the same way, we cannot understand what the Savior went through. We can only compare it with the worst pain — physical, mental, emotional — we’ve ever encountered, but even then, it cannot hold a candle to His suffering. Can you imagine that? The worst pain you’ve ever been in, but times a hundred? A thousand? A million?

And He was the one who least deserved it. Of anyone in the world, it was most unfair for Him to have to endure the Atonement.

In his moving Easter talk, “None Were With Him,” Elder Jeffrey R. Holland declared:

“With all the conviction of my soul, I testify that He did please His Father perfectly and that a perfect Father did not forsake His Son in that hour. Indeed, it is my personal belief that in all of Christ’s mortal ministry the Father may never have been closer to His Son than in these agonizing final moments of suffering. Nevertheless, that the supreme sacrifice of His Son might be as complete as it was voluntary and solitary, the Father briefly withdrew from Jesus the comfort of His Spirit, the support of His personal presence. It was required, indeed it was central to the significance of the Atonement, that this perfect Son who had never spoken ill nor done wrong nor touched an unclean thing had to know how the rest of humankind—us, all of us—would feel when we did commit such sins. For His Atonement to be infinite and eternal, He had to feel what it was like to die not only physically but spiritually, to sense what it was like to have the divine Spirit withdraw, leaving one feeling totally, abjectly, hopelessly alone” (emphasis added).

Perhaps one might contend that Jesus Christ voluntarily suffered for us, thereby making His suffering fair. To that end, it’s also important to note that He did ask for a way that involved less pain, but His desire was not granted. Similarly, when He volunteered, did He fully comprehend the pain and suffering He would experience? Whatever the case may be, the Atonement simply was not fair.

(In that same vein, we must also recognize that we too may have volunteered for some of our trials — if Christ, our Exemplar, did it, isn’t it possible that we too had the opportunity to volunteer for various hardships and pain so that we could succor others? Perhaps we “signed up,” so to speak, for some of the painful experiences we have undergone. In that respect, maybe some of our trials are more fair than we know.)

No, God Isn’t “Fair” — But That Works In Our Favor

Christ’s suffering was undoubtedly unfair — but how grateful are we for His sacrifice? The very one that enables us to return to our heavenly home?

That’s why God’s lack of fairness in mortality doesn’t totally terrify me: because it also works for me. While it means I go through trials — some incredibly painful — it also means that I receive help, unending love, and mercy.

Here’s the thing: we don’t deserve grace. It isn’t “fair.” We repeatedly — sometimes even purposefully — break His commandments. At times, we reject or disregard His counsel, whether for a short period or a long one. Again and again, we distance ourselves from our Father in Heaven through our own choices.

Yet even still, He extends His mercy to us. He shares in abundance His love and compassion. No matter what we’ve done or how far we’ve strayed from Him, He enables us to return. Even when we are angry with Him and have separated ourselves from His presence, He loves us immeasurably. We have done nothing to deserve, qualify for, or earn His love and mercy, but they are there anyway. As we return to Him and access those gifts, we can find a deeper intimacy with God than we have ever experienced.

Elder Dale G. Renlund gave a talk in April 2016 entitled “That I Might Draw All Men Unto Me.” In it, he said:

Certainly, it is not fair that some of us suffer things another will never have to; that God requires us to be faithful even when He holds us to a standard that He does not hold someone else. I hope to never diminish another’s struggle, or judge anyone’s faith (or even lack thereof) because of the unfair hand that they have been dealt. Just like my husband’s migraines, I will never fully understand another’s unique challenges that I have not experienced. Yet for me, there is comfort in knowing that while God does not create many of our trials, He can consecrate all of them. Everything that is unfair about life will be made right through the most unfair act of all: the Atonement.

So no, God is not “fair” — but at the end of the day, I have reason to be grateful for that, too.