Belief iMissionary How Can the Holy Ghost Be a God without a Body? 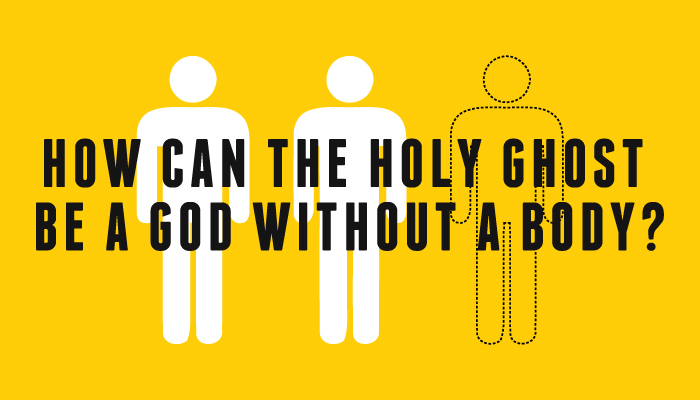 If it is necessary to have a body in order to become a God, then how did the Holy Spirit, who does not have a body, attain the status of godhood?

What a fantastic question! This one really made me stop and think, as I had never before considered this seemingly obvious lapse in doctrinal logic. I do want to say though, that a big element that drew me so strongly toward The Church of Jesus Christ of Latter-day Saints is that it is, in my opinion, compared to other Christian denominations, so completely logical. Everything we believe, in other words, logically follows everything else we believe. There are very, very few “holes” in our beliefs.

I want to quickly point out that the Holy Ghost is not entirely unique in His position as a god without having a physical body. Jesus Christ was known as Jehovah in the Old Testament, the “God of Abraham, Isaac, and Jacob.” And, in Moses 1:33, God the Father says, “worlds without number have I created; and I also created them for mine own purpose; and by the Son I created them, which is mine Only Begotten.” Elder James E. Talmadge remarked, “Jesus Christ was God even before He assumed a body of flesh” (Jesus the Christ, (2006), 32–41).

But to really answer your question of how, I think we need to look at the ambiguous and confusing word: “god.”  The meaning of the word differs even between Christian denominations. Catholics use it to refer to the Father, the Son, and the Holy Spirit, all as one being. We Mormons try using the word as others do in order to relate to them maybe, or at least in an attempt to speak their language. But due to the Restoration of the Gospel with additional scripture and knowledge, I don’t think the word “god” is adequate to classify and explain the varying degrees of powers that celestial and mortal beings can have.

So let’s delineate these two:

God: term generally applied to supernatural and powerful beings (regardless of which religion uses the word).

Exaltation: “Exaltation is eternal life, the kind of life [the Father] lives. He lives in great glory. He is perfect. He possesses all knowledge and all wisdom. He is the Father of spirit children. He is the creator. We can become like our Heavenly Father. This is exaltation” (Chapter 47, Gospel Principles, 2011, 275).

Who Are Our Gods?

For us, generally, God refers to the Father of our spirits, Elohim. President Joseph F. Smith said, “God the Eternal Father, whom we designate by the exalted name-title ‘Elohim,’ is the literal Parent of our Lord and Savior Jesus Christ, and of the spirits of the human race. Elohim is the Father in every sense in which Jesus Christ is so designated, and distinctively He is the Father of spirits” (“The Father and the Son: A Doctrinal Exposition by the First Presidency and the Twelve,” Improvement Era, Aug. 1916, 934).

Jesus Christ is superior to the rest of Heavenly Father’s spirit children because of these reasons: “(1) of His seniority as the oldest or firstborn; (2) of His unique status in the flesh as the offspring of a mortal mother and of an immortal, or resurrected and glorified, Father; (3) of His selection and foreordination as the one and only Redeemer and Savior of the race; and (4) of His transcendent sinlessness” (“The Father and the Son,” 941–42). Jesus acted as God and indeed was a god before being born on Earth, but it was not until after his death that he received a perfected, immortal body, thereby finalizing the process in which he became equal to the Father. Jesus is now an exalted being, fully able to assist us in following His example and reaching an exalted status of our own.

The Holy Ghost is often referred to as “The Spirit of God.” This is to say, “The Spirit of Elohim.” The Father has a physical body, as does the Son. They are both, therefore, somewhat limited in that they simply cannot be in more than one place at once. It would be illogical for such to occur. However, the Holy Spirit, not having a physical body, is able to spread Elohim’s influence, power, love, and wisdom across the whole Earth at once. The Holy Spirit has been given a special assignment by the Father. He perfectly (key word) magnifies His calling every day, and He always has.

Is it necessary to have a body in order to be a god? Well, The Holy Ghost is a member of the Godhead and has been divinely invested with rights and powers appropriate to His station. Given these facts, it’s evident that a body is not a requirement of godhood.

However, if what you really mean to know is whether one can be exalted, that is, to have everything that the Father, Elohim, has, then yes, you need a body because He has a body. The Holy Spirit, in this sense, has not been fully exalted as of yet, but considering His perfect faithfulness, there should be no doubt that the Holy Spirit will have all He needs to be as happy and joyous as is our Father.

And in considering the path to exaltation, we shouldn’t think that if we meet all the items on the checklist we’ll be automatically exalted. Joseph Smith said, “When you climb up a ladder, you must begin at the bottom, and ascend step by step, until you arrive at the top; and so it is with the principles of the gospel—you must begin with the first, and go on until you learn all the principles of exaltation. But it will be a great while after you have passed through the veil before you will have learned them. It is not all to be comprehended in this world; it will be a great work to learn our salvation and exaltation even beyond the grave” (Teachings of Presidents of the Church: Joseph Smith, 2007, 268).

In terms of what our exaltation might have in store for us, President Lorenzo Snow said this: “Our travel in this path of exaltation will bring to us the fullness of our Lord Jesus Christ, to stand in the presence of our Father, to receive of His fullness, to have the pleasure of increasing in our posterity worlds without end, to enjoy those pleasant associations that we have had in this life, to have our sons and our daughters, our husbands and our wives, surrounded with all the enjoyment that heaven can bestow, our bodies glorified like unto the Savior’s, free from disease and all the ills of life, and free from the disappointments and vexations and the unpleasant sacrifices that we are making here. Through a continual course of progression our Heavenly Father has received exaltation and glory and he points us out the same path and, inasmuch as he is clothed with power, authority and glory, he says, “walk ye up and come in possession of the same glory and happiness that I possess” (Chapter 5, Teachings of Presidents of the Church: Lorenzo Snow, 2011). 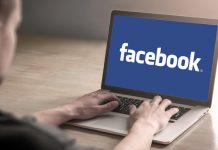 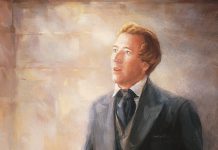 “Someone Asked Me to Prove that Joseph Smith Was a Prophet”