Faith Belief Is God a Feminist? 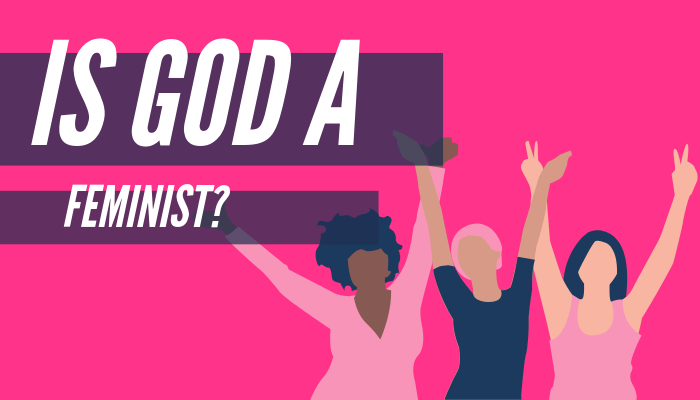 Before you think I’m committing blasphemy, let’s set some things straight regarding the word feminist. To some, the word is synonymous with loud, man-hating radicals who rant about the patriarchy. To others, it evokes the image of someone who condemns motherhood or any other “traditional” feminine role. But those ideas are only what some people have painted feminism to be. According to Merriam-Webster’s Dictionary, the actual definition of feminism is:

2. The theory of the political, economic, and social equality of the sexes

In other words, feminism isn’t the dirty word some people have made it out to be. Now that that’s out of the way, let’s delve into the question of whether or not God is a feminist by examining if God’s traits are consistent with the two definitions of a feminist.

A Feminist: Someone who organizes activity on behalf of women’s rights and interests

If God’s Church doesn’t treat women equally to men, then God couldn’t be a feminist, right? A lot of people have accused us of being anti-feminist because women aren’t ordained to the priesthood, but I think they’re just looking at the issue incorrectly.

While I don’t think the Church has been 100 percent devoid of sexism, historically it offered women a lot more freedom and opportunities than what society was offering them. If we realize that God works with our cultural notions and practices, then it’s clear he’s been pushing the Church towards gender equality basically since its origin.

Unlike most other states during the 1800s, Utah always had no-fault divorce laws. Whereas most other women of the time period had to prove adultery if they wanted a divorce or simply leave town, Latter-day Saint women — including those in polygamous relationships — basically just had to ask for a divorce and they could get one. In fact, Brigham Young himself granted 1,645 divorces.

In a journal article published by the University of Nebraska, historian William Volf argues:

“The request for divorce was only a female choice and the Church was quite liberal in granting of such requests. Further, divorced women were not stigmatized as such and had little difficulty in remarriage.”

The fact that so many women in the Church were given a choice when their contemporaries weren’t, points to the fact that the Church was being directed in a way that supported women.

Women in the early Church gave blessings of healing and performed washing and anointings for expectant mothers (these were not the same ordinance as performed in the temple but a cultural practice).

Eventually, the Church discontinued these practices. As the Church grew, it was necessary to tighten how blessings were performed to make sure everyone was on the same page, instead of having a free-for-all.

Additionally, just 12 years after The Church of Jesus Christ of Latter-day Saints was founded, Joseph Smith received revelation to establish the Relief Society. Women completely ran the organization; they paid dues, managed the budget and worked with leaders of the Feminist Movement, like Susan B. Anthony, to fight for women’s right to vote (even though Utah had given them the right in 1870, Congress revoked it in 1887).

Even though the organization is now considered an auxiliary in the Church rather than an independent body, its purpose is still to lift up and prepare women to be successful both spiritually as well as temporally.

Women in the Church perform a variety of different roles from Sunday school teachers to members of general church councils. According to Dallin H. Oaks, the authority which women exercise in these callings is equal to that of men within the Church. In an April 2014 General Conference address titled “The Keys and Authority of the Priesthood,” he stated:

“We are not accustomed to speaking of women having the authority of the priesthood in their Church callings, but what other authority can it be? When a woman—young or old—is set apart to preach the gospel as a full-time missionary, she is given priesthood authority to perform a priesthood function. The same is true when a woman is set apart to function as an officer or teacher in a Church organization under the direction of one who holds the keys of the priesthood. Whoever functions in an office or calling received from one who holds priesthood keys exercises priesthood authority in performing her or his assigned duties.”

Not only does God’s Church support women within the Church, but it also supports women all over the world through its humanitarian efforts. According to ChurchofJesusChrist.org:

“Much of that assistance — given in the form of emergency response after disasters and through major initiatives that provide, among other things, clean water, medical training, vision care, immunizations, and wheelchairs to those in need — directly benefits women and children.”

Now, if you’re a woman, you may be thinking of a church-related instance where you experienced sexism. If you haven’t, great for you. If you have, then I think it’s important to remember that God’s Church is run by imperfect people.

For example, I remember being told by my bishop that our stake president refused to hold a temple-recommend interview with me — and two other women who were single moms — because we weren’t getting married or going on a mission and he thought there was a good chance we would get married so we would have to wait till then.

Was this sexist? Yes. Did I let it shake my testimony? No. For me, it was simply separating God from one of one of His servants I considered to be imperfect. although I think there are some more surface-things that could be done to make things more inclusive for women, I think the grounding doctrines, principles, and covenants are that the gospel support women 100 percent. God does organize activity on behalf of women’s rights and interests — even if some of the members of His Church still struggle with that.

A Feminist: Someone who believes in equality of the sexes 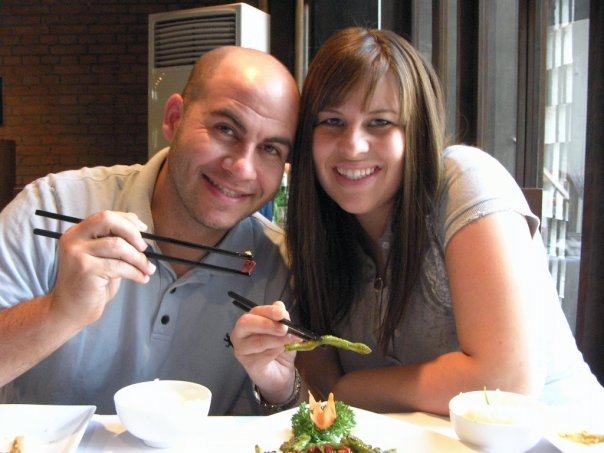 We hear over and over again that God is not a respecter of persons. He loves and accepts everyone, regardless of gender or any other factor. To me, it seems like a no-brainer that God believes in the equality of men and women.

“Men and women are equal in God’s eyes and in the eyes of the Church, but equal does not mean they are the same. The responsibilities and divine gifts of men and women differ in their nature but not in their importance or influence. Our Church doctrine places women equal to and yet different from men. God does not regard either gender as better or more important than the other . . . Men and women have different gifts, different strengths, and different points of view and inclinations. That is one of the fundamental reasons why we need each other.”

“In the Lord’s plan, it takes two — a man and a woman — to form a whole. Indeed, a husband and wife are not two identical halves, but a wondrous, divinely determined combination of complementary capacities and characteristics . . . For the greatest happiness and productivity in life, both husband and wife are needed. Their efforts interlock and are complementary. Each has individual traits that best fit the role the Lord has defined for happiness as a man or woman. When used as the Lord intends, those capacities allow a married couple to think, act, and rejoice as one — to face challenges together and overcome them as one, to grow in love and understanding, and through temple ordinances to be bound together as one whole, eternally. That is the plan.”

Even though we’re different, God created us as “equally different,” and we need each other for eternal exaltation.

So, in answer to the question “Is God a feminist?” I would answer in the affirmative. I would even go so far as to say that He and Heavenly Mother are the ultimate feminists. They work hand in hand as equal partners and they created us to be equal as well.