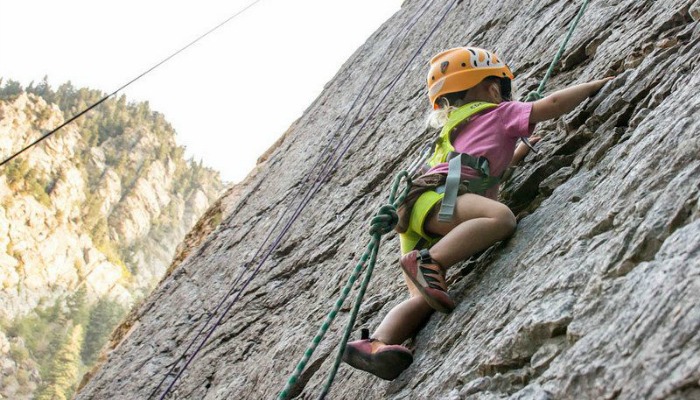 Rock-climbing is an adventure whether you’re an adult or a child, but it’s definitely more traumatizing the shorter and younger you are. The rocks appear bigger and farther apart, the cliffs appear taller and the world seems scarier.

Such was the instance two weeks ago when I went camping with my aunt and uncle and their four young children. We were up near Bear Lake and decided to go explore the ice cave. The ice cave was scary enough for all of us, being dark, cold and cramped, but especially so for my cousins. They held on to an adult’s hands, trusting them to see them through as they clung desperately to their flashlights to see.

All of us made it through safely and we were fine. Then, some of the adults and one of my young cousins wanted to climb out of the cave via the large pile of rocks. My cousin, being six, was absolutely scared to do it, but she wanted to do it. Her aunt went in front of her, me behind.

She’d approach the wall, look at it, back away saying, “I’m scared!” Patiently, her aunt and I would coax her through where to put her foot, where to grab and pull herself up to the next ledge. She would do it, but at the next interval to climb, she’d panic all over again.

Yet, somehow, every time, she mustered the courage to climb each and every ledge until she got to the top. We were all congratulating ourselves on a job well done when my cousin tugs on my shirt. “Can I do it again?” she asked.

Surprised, I said yes, and we went back through the whole thing, this time much faster and this time, I hardly had to help her at all. She knew that she could do it, and she did!

After this experience, I reflected on my cousin’s trusting nature as she relied on us to help her climb. Practically, in my mind’s eyes, rock climbing was pretty simple. You take it one step at a time by putting your foot in the sturdiest spot with traction, and then you pull yourself up. Looking through my cousin’s eyes, however, she knew she needed help and she relied on us to get her through, but she still had to do it herself.

In the scriptures, we often read about becoming like a little child.

In the New Testament, Christ teaches in order to enter into the celestial kingdom, we must become as little children:

“And said, Verily I say unto you, Except ye be converted, and become as little children, ye shall not enter into the kingdom of heaven.”

And in the Book of Mormon, we remember well King Benjamin’s speech on overcoming the natural man by becoming as a child:

“For the natural man is an enemy to God, and has been from the fall of Adam, and will be, forever and ever, unless he yields to the enticings of the Holy Spirit, and putteth off the natural man and becometh a saint through the atonement of Christ the Lord, and becometh as a child, submissive, meek, humble, patient, full of love, willing to submit to all things which the Lord seeth fit to inflict upon him, even as a child doth submit to his father.”

After seeing my cousin trust me and her aunt to get her through safely, I understand a little bit more about what it means to become like a little child. 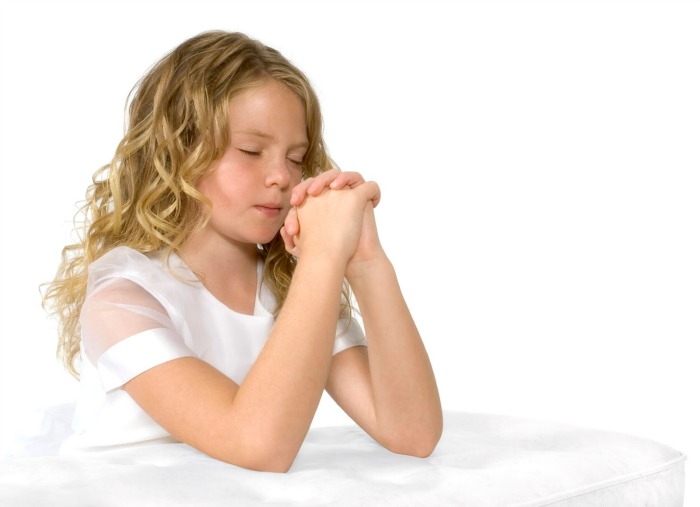 It wasn’t until my mission that something shifted in my head. Teaching children taught me about being childlike. So many of the children we taught loved learning about the gospel. They wanted to follow their Savior into the waters of baptism and follow Him throughout their lives.

The best example of this came early on in my mission. In my very first area, we were teaching a nine-year-old boy about the gospel. One of the times we were over there, his slightly older cousin was there for a visit. We originally planned on teaching some of the commandments, but after we noticed the older child didn’t know anything about the gospel, we switched to the plan of salvation.

And, as we unfolded our little puzzle with the pre-mortal life, the spirit world and all the rest, his eyes were literally opened. He asked the most sincere questions I’d ever heard and he really listened to what we were saying. He wasn’t trying to argue, he genuinely wanted to know for himself. He demonstrated childlike faith.

“…suffer the little children to come unto me, and forbid them not: for of such is the kingdom of God.”

Much like how my cousin came and asked for help, and listened, we need to listen to our Father in Heaven when we ask Him for help. He will not withhold things from us.

Following in the footsteps 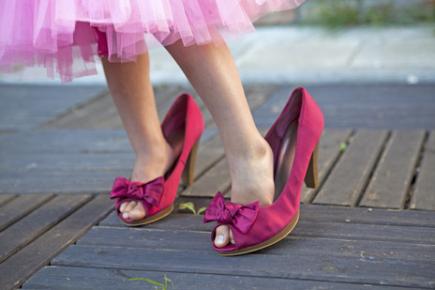 One of the amazing things that impressed me with my cousin was how she was willing to follow our footsteps to climb the rocks. She could have gone her own way, but, trusting our judgment, she chose to follow in our footsteps.

My cousins love to try on my shoes, their mom’s shoes and anyone’s shoes that’s older than they. When I see their tiny feet in the gigantic shoes, I can’t help thinking about who they’re following.

The Savior left us a path for us to follow. He knows the best way to scale up the cliffs of life. Do we trust Him to guide us through? Do we trust Him with childlike faith that His footsteps will lead us on the best path?

Sometimes, we can receive an answer that may possibly lead us down a wrong road. Sometimes we can question the path that we are on and throw a tantrum at the obstacles that are placed before us. But despite the fact that we have so many unanswered questions, there is a comforting truth that I love in the Book of Mormon:

“O how great the holiness of our God! For he knoweth all things, and there is not anything save he knows it.”

God knows all things. Big or small. He knows the best route over the mountain. And He will always take care of His children as they place their trust in Him. 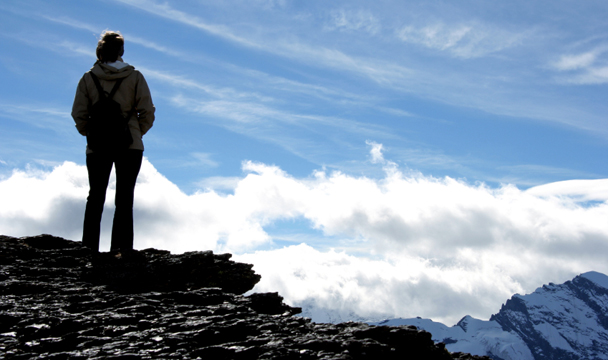 The thing most amazing to me though about this whole experience was that my cousin wanted to go climb the mountain again, after she had conquered it. How many of us can say after a trial, “That was hard, I want to go do that again!”? I know I don’t.

But there is something to be said about seeing our growth after our trials. For instance, one of my hardest trials occurred with roommates during my freshman year at school. Every day was a struggle to find peace and happiness with my dorm situation. And I was so relieved to get out of that dorm at the end of the year.

It forced me to grow. It forced me to be in an uncomfortable situation, just like my cousin was in when she climbed that mountain. I could see, once I had made it to the top of my mountain, that the experience, although painful, helped me learn. And if God asked me to go through something similar, I could do it because He would see me through. 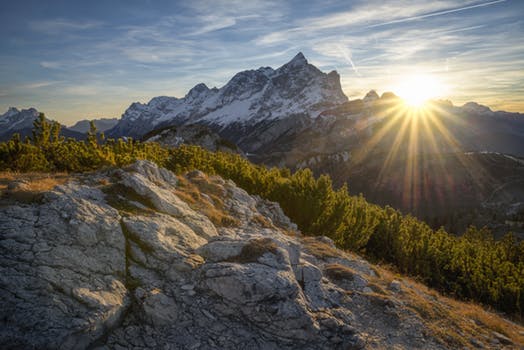 That day, my cousin taught me a life-changing lesson on becoming childlike. She trusted that we would help her to the top, despite her fears. And, after she had accomplished an impossible task, she willingly wanted to climb that mountain again. This life is full of many mountains that God asks us to climb. But He won’t ever leave us as we scale mountain after mountain. Each one makes us stronger, and each one brings us closer to Him. He is the ultimate Father and we are ever striving, as His children, to come home.