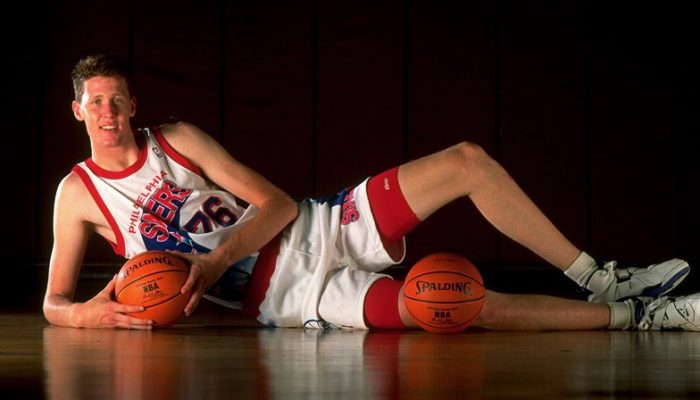 The 30 for 30 documentary series by ESPN features BYU legend and member of The Church of Jesus Christ of Latter-dy Saints Shawn Bradley. The 7-foot 6 center entered the NBA in 1993 after serving a two-year mission for the Church in Australia and breaking records at BYU as a freshman. Bradley had a relatively disappointing NBA career, despite his promising beginning. He became the target of many players in the league as the best player to Posterize. But the short documentary shows that there is more to life than basketball and success is not defined by highlights and low lights of a career.

Shawn never reached his full potential in part because basketball was never his first priority. He always placed faith and family first. After basketball Shawn worked at Westridge Academy, a place for troubled teens. His joy and passion in helping others, supporting his family and living his religion is inspiring.

Watch the 12-minute documentary below: