Faith Belief Repentance, Atonement, and a Galaxy Far, Far Away 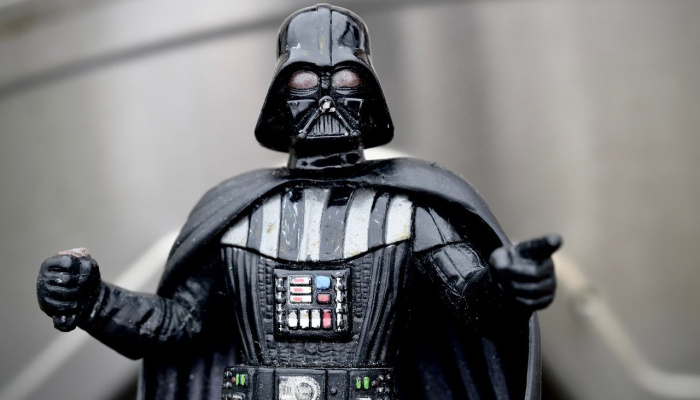 My family loves “Star Wars” movies. It is the classic saga of good vs. evil. Among my favorite themes is that people can change—even the really evil ones, like Darth Vader and Kylo Ren. It’s a refreshing outlook in a world that celebrates revenge, darkness and seeing people get their comeuppance for things they do wrong. “Star Wars” shows us that even the most lost of souls still have goodness in them. They can choose a different path, and their wrongs need not define them forever. In the real world, the ability to choose a different path and not be defined by our wrongs is made possible by repentance through the Atonement of Jesus Christ. And the battle waged is for the souls of men, not control of the galaxy.

But we can learn a few lessons from Darth Vader, Kylo Ren, and others in the “Star Wars” universe about the courage it takes to choose a different path, the assurance that we are not too far gone and the power of our belief in another’s goodness. Rather than celebrating revenge and comeuppance, we can learn to embrace the power of change. Let me explain.

Repentance, for lack of a better word, in the “Star Wars” saga is often dramatic and followed by death—at least it is for Darth Vader and Kylo Ren. But their change of heart did not occur in one single moment in the heat of battle. Rather, there were preceding events that caused them to ponder their path. It is often the same for us. Rarely is there one big “aha” moment where our hearts turn. More often, it is subtle and repeating recognition of the need for change. The For the Strength of Youth manual states,

Repentance is more than simply acknowledging wrongdoings. It is a change of mind and heart. It includes turning away from sin and turning to God for forgiveness. It is motivated by love for God and the sincere desire to obey His commandments.

And it begins with the recognition of the need for change. This can come as a feeling of guilt, a prompting, or loving correction from another. Inherent in this recognition is the acknowledgment that these commandments come from God. And that, in the world today, is often a sticking point.

Related: 9 Additional Lessons One Latter-day Saint Learned from Losing and Regaining His Faith

The Commandments of God

In the scriptures we see time and again that when the people embrace wickedness, at best they ignore the prophets’ call to repent, and at worst the people cast out and kill the Lord’s servants. Elder D. Todd Christofferson explained,

“… The message of repentance is often not welcomed. Some profess that if there is a God, He makes no real demands upon us (see Alma 18:5). Others maintain that a loving God forgives all sin based on simple confession, or if there actually is a punishment for sin, “God will beat us with a few stripes, and at last we shall be saved in the kingdom of God” (2 Nephi 28:8). Others … deny the very existence of Christ and any such thing as sin. Their doctrine is that values, standards, and even truth are all relative. Thus, whatever one feels is right for him or her cannot be judged by others to be wrong or sinful.”

On the surface, as Elder Christofferson points out, these philosophies seem appealing because they give us license to do whatever we want without concern for the consequences. But God did not give us commandments based on His whims. He gave us commandments because He knew that obedience to them would help us find happiness. Not the fleeting kind, but the eternal.

‘Seduced’ by the Dark Side

The scriptures teach us that there must be opposition in all things. Light and darkness. Sweet and bitter. Happy and sad. Right and wrong. Without the two, there would be no choices. And that is why we came to earth, to learn how to follow God’s plan for us no matter what. Without temptation and sin, right and wrong, there would be no test. To pass a test requires knowledge. One of the most descriptive lines in “Star Wars” is when Obi-Wan Kenobi told Luke Skywalker that his father “was seduced by the Dark Side of the Force.” Merriam-Webster’s online dictionary defines “seduced” as …

: to persuade to disobedience or disloyalty.

: to lead astray usually by persuasion or false promises.

Anakin Skywalker was taught how to use the Force for good. But he was distracted by his love for Padmé and fear of losing her. Supreme Chancellor Palpatine used those emotions to seduce Anakin to the Dark Side with empty promises. The consequences of Anakin’s choices cost him everything he loved. Elder Christofferson said,

Without repentance, there is no real progress or improvement in life. Pretending there is no sin does not lessen its burden and pain. Suffering for sin does not by itself change anything for the better. Only repentance leads to the sunlit uplands of a better life.

Satan knows this and seeks to keep us distracted so that we will not repent. Sometimes even making us feel that it’s too late for us to repent, that we are too far gone. President Henry B. Eyring taught,

Satan wants us to be miserable as he is. And he knows that we can only have that true happiness if we are washed clean through faith in the Lord Jesus Christ, by deep and continuing repentance…. 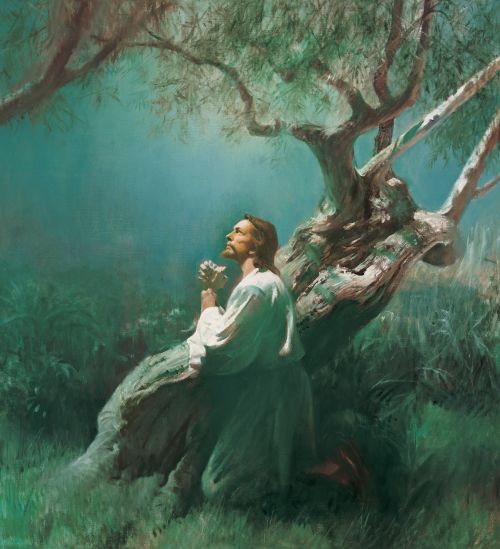 Repentance comes through Jesus Christ and His ultimate sacrifice for us. Elder Christofferson taught,

“Repentance exists as an option only because of the Atonement of Jesus Christ. It is His infinite sacrifice that “bringeth about means unto men that they may have faith unto repentance” (Alma 34:15). Repentance is the necessary condition, and the grace of Christ is the power by which “mercy can satisfy the demands of justice” (Alma 34:16).”

Repentance requires faith in the Lord Jesus Christ, recognition of our sins and sorrow for them, confession, restitution to those we have wronged, and not repeating the wrong. But, Elder Christofferson cautions,

Attempts to create a list of specific steps of repentance may be helpful to some, but it may also lead to a mechanical, check-off-the-boxes approach with no real feeling or change. True repentance is not superficial.

The scriptures teach that those who are truly repentant will confess and forsake their sins (see Doctrine & Covenants 58:43).

Related: How Believing in Jesus Christ Changes the Way We Think about God

Seeing the Goodness in Others

True repentance helps us to soften our hearts and see not only the good in others but other people as the Savior sees them: with love and compassion. Padmé and Luke saw the good of Anakin Skywalker lurking in the depths of Darth Vader. Han Solo, Princess Leia, and Rey saw the goodness of Ben Solo through the evil deeds of Kylo Ren. And they never gave up hope of seeing the good triumph. When Darth Vader and Kylo Ren made the decisions to fight evil instead of embracing it, their loved ones celebrated the change. They forgave the past and embraced the future. We must do the same. Elder Dieter F. Uchtdorf said,

The pure love of Christ can remove the scales of resentment and wrath from our eyes, allowing us to see others the way our Heavenly Father sees us: as flawed and imperfect mortals who have potential and worth far beyond our capacity to imagine. Because God loves us so much, we too must love and forgive each other.

If the “Star Wars” saga teaches us anything, it’s that you never know when someone will find the courage to change their ways and embrace the light side of the Force and that it’s not too late to start on a new path. Elder Uchtdorf said,

Remember, heaven is filled with those who have this in common: They are forgiven. And they forgive.

Both require us to repent—and to allow others the opportunity to do the same. And “Star Wars” shows us that both are possible.

Related: Does Being Mocked Build or Destroy Your Faith in Jesus Christ?