Faith Belief How Can You Know If This Article’s True? 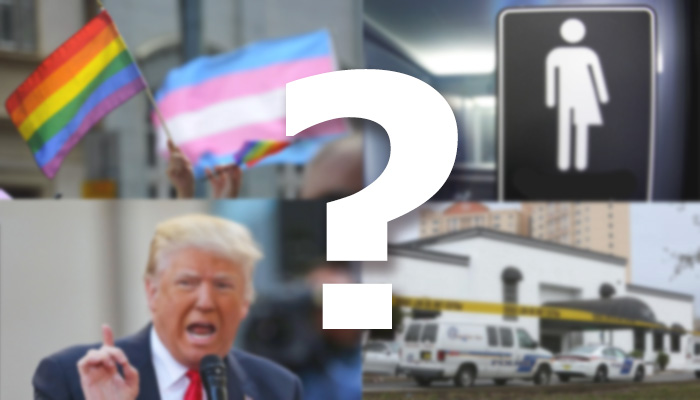 We live in the awesomely dangerous age of instant information. With such easy access to knowledge at our fingertips, as a society, we’ve become self-proclaimed know-it-alls.

But, do we really?

Especially on social media, opinions about nearly every situation or event are all over the map. I think of Pontius Pilate’s rhetorical demand, “What is truth?”

Even things that are true exist in varying degrees. Some true things are trivial and unimportant. Other true things are vital to our eternal existence. Today, truths are postulated and theorized, improved and reformed, modified and adjusted.

We live in a time where the “war of words and tumult of opinions” extends far beyond the revival tent.  As a society, we draw instant conclusions based on our life experiences and spout judgments about things we actually may not know anything about. Then we cling to our opinions like Nephites sleeping on their swords.

Joseph Smith’s approach to the cacophony of opinion swirling around him demonstrated not only humility, but an openness to seek and find truth. “I often said to myself: What is to be done? Who of all these parties are right; or, are they all wrong together? If any one of them be right, which is it, and how shall I know it?”

Importantly, we not only should, but are commanded to cleave to things, those iron rods in our lives. But we have to correctly distinguish the swords from the iron rods. Being able to discern truth from fiction, or even trivial truths, enables us to fulfill the Lord’s reproof to “judge not according to the appearance, but judge righteous judgment.” To do this, the Holy Ghost must permeate our lives.

Elder Eduardo Gavarret candidly shared a missionary experience where he and other missionaries were blindfolded and told to follow a particular voice, instead of dissenting voices, into the cultural hall.  They heard the voice and then started to walk.

After some distracting chatter, Elder Gavarret heard a voice again. He “felt confident [he] was following the right voice.”  Finally, at the end of the journey, he took off the blindfold and realized he hadn’t followed the right voice. “It sounded so much like the right one.”

Joseph Smith taught the Saints how the Holy Ghost sounds. “It will whisper peace and joy to their souls; it will take malice, hatred, strife, and all evil from their hearts; and their whole desire will be to do good, bring forth righteousness, and build up the kingdom of God.”

The scriptures provide great examples of people who received truth and people who did not.

After Lamoni, the queen, Ammon, and all of the other servants — except Abish — sunk to the floor in their revelatory conversion experience, Abish recognized an immense opportunity to share the Gospel. She gathered everyone in the community. She told the Lamanites what happened.

These were their deductions.

1-“A great evil had come upon them, or upon the king and his house” because he let a Nephite stay in the land.

2-“The king hath brought this evil upon his house, because he slew his servants who had had their flocks scattered.”

3-Those who scattered the flocks rebuked those in the #2 group because they were angry at their defeat at Sebus.

4-A man whose brother Ammon slew at Sebus, angrily decided to slay Ammon, but fell down dead when making the attempt.

6- Ammon was the Great Spirit.

7- Ammon was sent by the Great Spirit.

8- Ammon was a Nephite monster sent to torment them.

9-Ammon was sent by the Great Spirit to torment them because of their iniquities.

10-The Great Spirit was partial to saving the Nephites in war, but preferred to destroy Lamanites.

What was the outcome after hearing from at least 3 witnesses?

“And as many as heard his words believed, and were converted unto the Lord. But there were many among them who would not hear his words; therefore they went their way” (Alma 19:31-32).

Can you imagine the words and reasonings of those who went their way? Well…but…that’s not…

They weren’t the only people to cling to incorrect opinions.

Clinging to Incorrect Opinions and Not to the Iron Rod

When God commanded Jonah to preach to Nineveh, Jonah’s perception of the place was so set that he ran the other direction.  After a pretty intense turnabout, Jonah preached in Nineveh.  But, apparently, he presumed Nineveh’s destruction. Jonah was more upset about the wilted gourd than Ninevah. The people’s repentance annoyed Jonah and garnered God’s chastisement. I wish we knew the rest of the story—did Jonah open his mind?

Saul, consumed by fear and paranoia, sought to kill his righteous successor. David repeatedly affirmed that because Saul was the Lord’s anointed, David would not kill Saul to acquire the throne. Saul could not let it go. He slept on his sword. He ultimately actually killed himself with his own sword.

Some people choose their swords in the face of miraculous events.  The Jews and Roman soldiers, who knew of Jesus’ resurrection, could have received the truth and changed. But, they didn’t.

Laman and Lemuel contended, more than once, that the Jews were righteous. This is so interesting to me. Here were these covenant people living what they deemed the covenant lifestyle.

Clearly, the Jews were wicked, right?  Jeremiah felt pretty strongly that they were. They worshipped false idols—the works of their hands. They were proud. They failed to heed the prophet’s counsel to repent, because they didn’t think they needed to. They were wise in their own eyes.

Apparently, Laman and Lemuel really felt justified in their lifestyle and attitude. And so did their wives and brother-in-laws’ families. “And we know that the people who were in the land of Jerusalem were a righteous people; for they kept the statutes and judgments of the Lord, and all his commandments, according to the law of Moses; wherefore, we know that they are a righteous people; and our father hath judged them” (1 Nephi 17:22).

They followed the wrong voice. Laman and Lemuel slept on their swords, calling those swords the iron rod.

Laman and Lemuel stop me in my tracks when I feel justified in my righteousness, smug in my spirituality, or vindicated because of my beliefs. All of those feelings confirm I am following the wrong voice.

It’s a reminder to tread carefully to make certain I am not deceived. After all, a nation professing to be God’s chosen and covenant people not only didn’t recognize or receive their God, they crucified Him.

We are in a day of decisions. “Decisions determine destiny” as President Monson likes to say. How we respond in stressful situations helps identify if we’re clinging to the iron rod or our swords.

What do you do when you find yourself on the contentious side of truth?

What do you do on a heated Facebook thread?

What do you do in an argument with your spouse?

Return to and Follow the Path of the Iron Rod

Following the right voice in seeking and disseminating truth necessitates the humility to receive the Holy Ghost and adjust course when necessary.

When we discover, like Alma, that we are on the wrong course, we can course-correct. Alma’s dramatic conversion showed that he received truth, repented, and changed. I bet he experienced a lot of social repercussions, but he remained faithful.

The Lord promises that as we confidently hold to the iron rod, we can know all truth. “He that keepeth his commandments receiveth truth and light, until he is glorified in truth and knoweth all things.”

May we hold to the iron rod, receive the Holy Ghost, confirm we’re listening to the right voice, and accept, learn and live eternal truth.