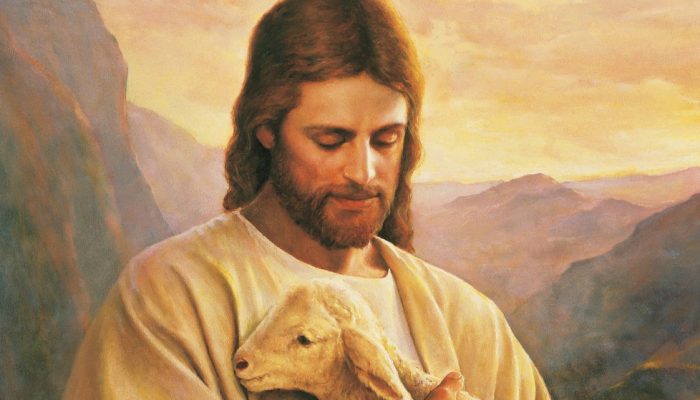 Part of LDS.net’s coverage of the

When I was almost four, I was the oldest of my harried mother’s three children. With my infant sister in one arm, she was trying to corral my unruly toddler sister with the other. I decided that I was hungry, and asked my mother to get me something. “I would,” she told me, “if I had eight arms. But since I don’t, I can’t.”

Now, I was no longer in nursery or sunbeams, which meant I was getting the spiritually deep stuff in my CTR 4 class. And recently we had learned that if there is something you really need, you can pray and ask God for it.

I was already something of an expert in prayers. I used it often to bless the food, or thank God for a good day before bed, but this advanced prayer feature suddenly seemed useful, because I really needed a snack. So I settled in next to my bed, bowed my head and prayed that my mom would grow eight arms. Or perhaps that she would grow six arms and have eight in total–I can’t remember the arithmetic exactly.

And so I waited. I wasn’t sure what suddenly sprouting limbs would sound like, so I walked back out to our living room to watch my mother. And alas two arms like always. But that was okay, because I remembered something about the Lord’s timing. And in all the excitement of waiting for my mom to grow new arms, I wasn’t nearly as hungry as I had been.

But since my newest sister was born, my mom’s arm deficiency had become something of an ongoing problem, and I thought that perhaps new arms simply took a while to grow. Maybe they would sprout up in the morning, and become full size by the end of the week or so. I was very patient for a four year old.

And so I waited. Two days later the newest Zoobook came in the mail. Zoobook was far and away my favorite magazine. I dug into the beautiful pictures and fascinating diagrams. What I didn’t do was read it, because I couldn’t read.

Since we started getting them earlier that year, every time the new Zoobook came in the mail, my mother would sit down and read it to me, so that as I continued to peruse it throughout the day and night I would know what was going on. With magazine in hand, I dutifully reported to my mother. But once again she had an infant in one hand, and used the other hand to balance a toddler on her knee. She begged my patience.

So I sat down with the magazine, and began to investigate the pictures by myself. It was the new world monkeys issue, and one of the pictures near the front had a family of spider monkeys, with a picture to the side of a tarantula spider. Well since I was already anticipating my mother would have eight arms soon, my imagination was off to the races, as I thought of the spider monkeys swinging from limb to limb with eight arms. Surely when my mother had eight arms, she would have one to spare for 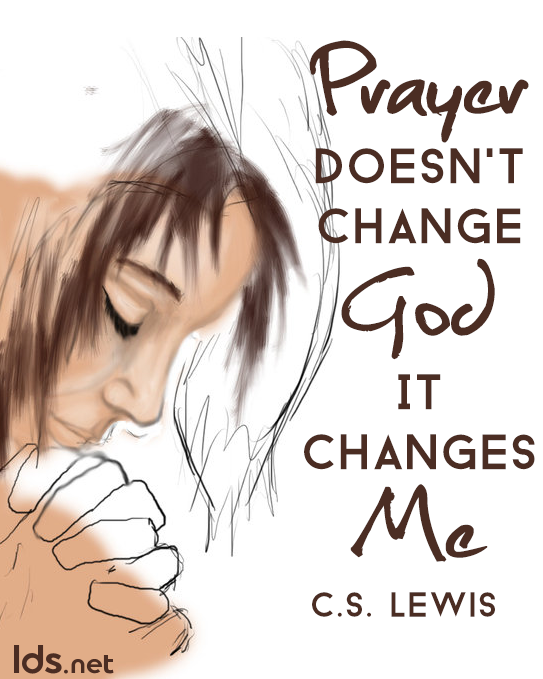 reading to me. And I had an entire month for them to grow before the next Zoobook came.

And so I waited. And waited. I vaguely remember registering disappointment months later when my mother’s extra arms never came, but mostly the entire experiment faded away. Just the first in a long life of unanswered prayers.

As the Bible Dictionary aptly reminds us, “The object of prayer is not to change the will of God.” Rather when we submit to a prayerful life, we turn our will over to God. We put ourselves in the cocoon of His protection. Well cocoon probably isn’t the best metaphor here is it. Not when our no answer comes to a prayer to save the life of a child, or to have a child, or to relieve debilitating personal pain. No it’s more like a prayerful life puts us in the crucible of the Lord’s protection. A place uncomfortable and painful, that may at times feel totally without meaning.  But when we live our lives with prayer, we can know that the Lord is with us, and that all these things will work together for our good.

God didn’t give four year old me the eight-armed mother I’d asked for. But He had a much bigger perspective, and He gave me what I needed. I hope that I have enough faith today to realize that He still works the same way.