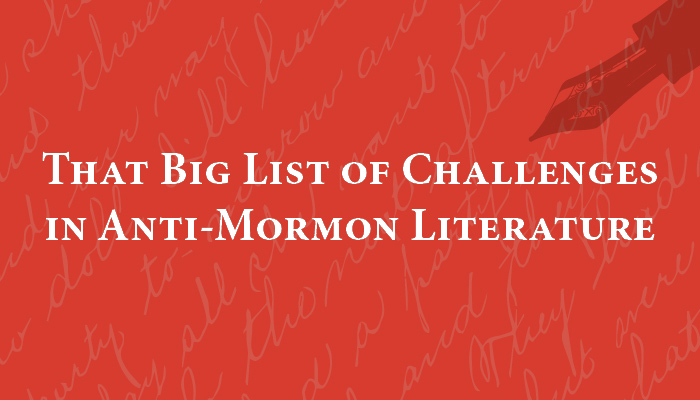 Any member who has undergone a faith crisis knows that there are many critics on the Internet who are happy to share a Big List of Mormon Problems to help facilitate one’s exit from the Church. These lists can serve as the catalyst for the initial testimony damage, or contribute the final straw in a “death by a thousand cuts” (the “Big List of Mormon Problems” is not the real name of any list but designates features which all of these lists have in common).

Such lists were around long before the Internet was invented but received limited interest and distribution. While some of the works found their way into member or investigator homes, into the hands of missionaries, or even into local libraries, much of the material was picked up only by those critics or LDS apologists (defenders) who found the topics interesting.

Today, however, anyone can create a quick Big List of Mormon Problems, convert it to a pdf, and post it online. Depending on the creator’s writing abilities and social networking skills, a well-written piece by an outgoing author could quickly attain viral status.

The Marketing of Doubt in Anti-Mormon Literature 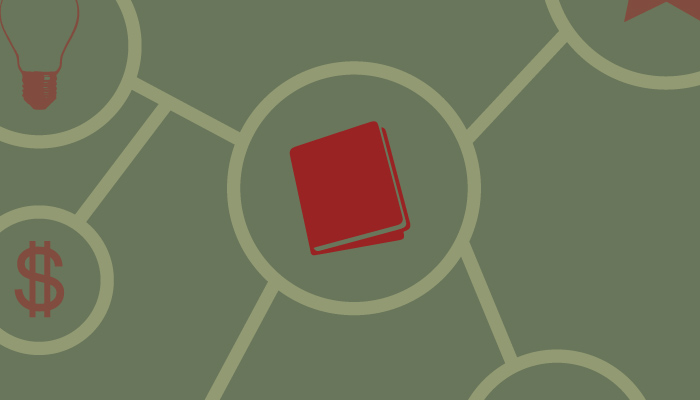 Good marketing often follows the K.I.S.S. principle—an acronym supposedly invented by the Navy in 1960—which means “Keep It Simple, Stupid.” Now this this doesn’t mean that the marketing or material is stupid, but rather that information is generally more effective if it’s simple instead of complex. The current rash of Big Lists of Mormon Problems are good examples of following the K.I.S.S. principle.

Such LDS-critical lists are often not much more than expanded bullet lists of all the things which the critic finds distasteful, supposedly inaccurate, or otherwise damning to Mormonism. The bulleted items need not fully engage all of the issues; it’s usually sufficient to make the accusation, and convince the reader that list provides the only reasonable interpretation of the data.

If the author feels the need to note opposing interpretations, the typical response is along the lines of: LDS apologists don’t officially speak for the Church so their arguments are moot; LDS apologists are not real scholars but are simply biased believers; or LDS apologists engage in mental gymnastics by twisting the text rather than sticking with the plain reading of documents.

The charge that apologists don’t speak for the Church is answered in my previous article, “Where are the ‘Official’ Answers to My Question?” The claim that LDS apologists are not real scholars was dealt with in my book Shaken Faith Syndrome and is also soundly trounced by the website MormonScholarsTestify. And, of course, any claim that there is a “plain” reading to a text—especially an ancient text or a purported translation of an ancient text—demonstrates a naïve understanding of the ambiguity of language (which was also addressed in Shaken Faith Syndrome).

A critic’s Big List of Mormon Problems can, unfortunately, plant the seeds of doubt in LDS testimonies—and that is precisely the intent of such lists; plant doubt and make someone questions their beliefs. If you find a single strange hair on your pizza, you call the waitress over and request a new pizza. The entire pizza is tainted. The Big List need not convince you that every item on the list has equal merit, only that there are enough troubling issues to taint the entire Mormon claim to religious truth.

In my high school psychology class the teacher would always call out students who answered a question with long rambling responses drawn from quips of previous lessons. He compared such answers to throwing trash against the wall in the hopes that something would stick.

In a 2008 FairMormon Blog post I discussed research which explained the difficulty of removing whatever garbage stuck to the wall—even if it wasn’t true. In that post I quoted non-LDS scholar Shankar Vedantam who wrote,

“The conventional response to myths and urban legends is to counter bad information with accurate information.  But the new psychological studies show that denials and clarifications, for all their intuitive appeal, can paradoxically contribute to the resiliency of popular myths.”

In other words, trying to point out that the accusations are false can, in some cases, actually cause some people to more easily accept the accusations. This happens all the time when someone is charged with criminal behavior (especially, it seems, with criminally deviant sexual behavior). Psychologist Dr. Ruth Mayo (and her team), for example, has shown that in time, our memories may turn denials into facts. “‘John did not harass the secretary’’ will activate associations of harassment and John might be remembered as the one who did harass the secretary.”[i]

Years ago the owner of a popular restaurant in Utah was accused, by a young female employee, of groping her at work. The charges were later dropped (suggesting the owner’s innocence) but most people still thought of him as the guy who groped his employee. When critics charge Joseph Smith with sexual licentiousness in his plural marriages, it’s difficult to undo the mind’s-image once the impression has been implanted.

How do People Decide what is True? 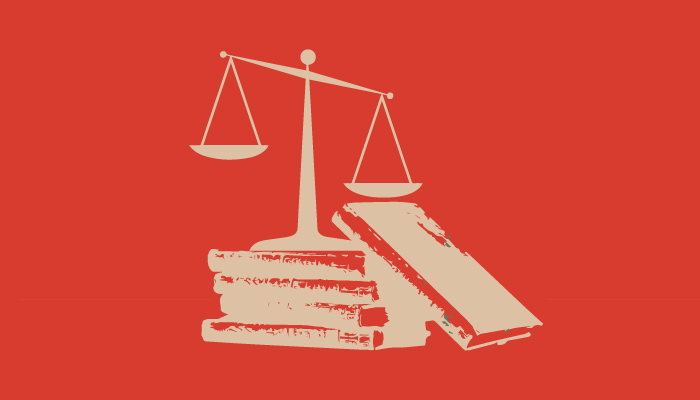 Through experimentation, scholars have discovered that people often believe that statements are true based on criteria that are not accurate for determining truth. Research demonstrates, for instance, that humans often determine the truthfulness of a claim based on how familiar it feels. When we are exposed to information, we must process the data with information stored in our fallible memories. Our imperfect memories are actually pretty poor at retrieving accurate information but rely, instead, on big picture images. When the new data finds some connection with this big picture, we tend to trust its accuracy.

Scholars are aware, for example, of the “illusory-truth effect” wherein “subjects rated repeated statements as more probably true than new statements.”[ii] When a claim is repeated, it makes an impression on our memory. When it comes up again, we unconsciously tend to feel that it is true because it blends with our memory of the claim.

Big Lists frequently repeat (either explicitly, implicitly, or in different ways) some of the same general claims: the Witnesses never really handled physical plates, Joseph Smith was known as a con-man before acquiring the plates, non-Mormon scholars laugh at LDS attempts to demonstrate that the Book of Mormon took place in ancient America, Joseph Smith was a womanizer.

By repeating these claims—often subtly throughout the text, even in places where some other issue is being discussed—the mind automatically latches on to the claims; it becomes more familiar, and therefore more believable. 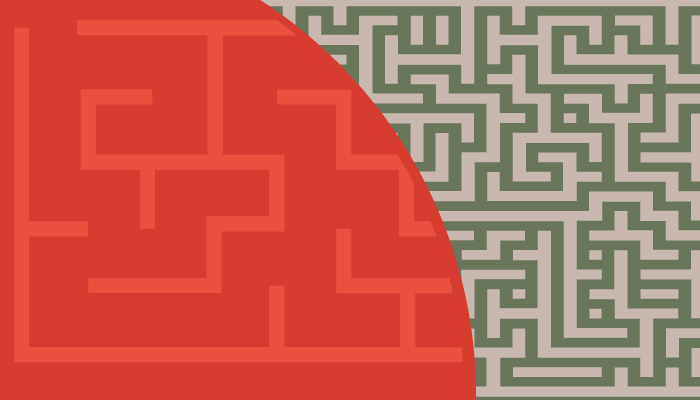 Another element that makes the Big Lists successful in damaging testimonies is known by psychologists as cognitive fluency. Research demonstrates that we will tend to believe something if it’s easy to understand (once again, it feels familiar). This is the psychological equivalent of the K.I.S.S. principle. “Simpler writing,” notes Dr. Daniel Oppenheimer, “is easier to process, and studies have demonstrated that processing fluency is associated with a variety of positive dimensions” including “…higher judgments of truth, [and] confidence….”[iii] His research showed that easier to understand texts (fluent and familiar) score higher confidence on accuracy than complex texts. “…statements that are easy to process,” write Drs. Reber and Schwarz (who ran their own experiment on the theory), “are experienced as familiar…, thus leading participants to feel that they have heard or seen this before, suggesting that it is probably true.”[iv]

The cognitive fluency element affords an advantage to the Big List and a disadvantage to the LDS apologists/scholars. It is much easier to make a claim or an accusation than it is to respond to the claim or accusation. It’s simple, for instance, to claim that the Book of Mormon is false because horses were unknown in the Americans until after the arrival of the Spaniards (contrary to what is recorded in the Book of Mormon).

To respond to the claim, however, requires much more detailed and complicated information, including discussions on the limits of archaeology, the possibility that horse bones (dating to the correct period) have been found, as well as a detailed discussion on loan-shifting (the application of a familiar name to an unfamiliar item). Critics brush these more complicated answers aside as “mental gymnastics,” but in reality, complex discussions and answers are what we find in real scholarship and real science.[v]

The Value of Learning More 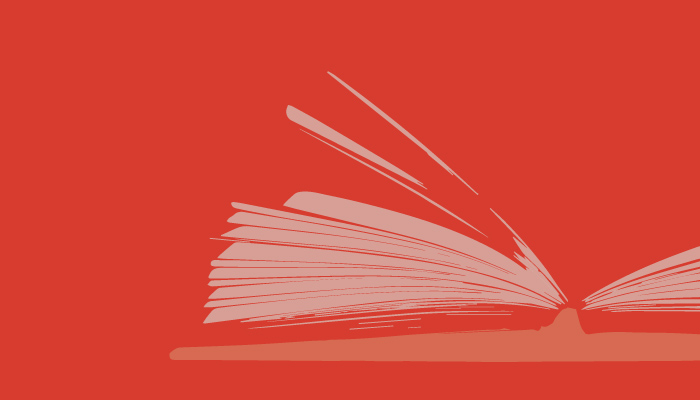 So how do we overcome the cognitive problems when confronted with the Big List? Unfortunately, there is no absolutely foolproof and universal solution that works for everyone. All of us are different. Each person must decide—based on evidence, feeling, cognitive skills, impressions, and so on—what reasons we will accept to believe or disbelieve. Being aware of the tactics used by critics, and recognizing that answers (yes, sometimes complex answers) respond to the critic’s claims, is a good first step.

The biggest stumbling block which I’ve seen to a believer’s testimony is not too much information, but rather too little information. The more we approach things with an open mind (as open as humanly possible), the more we recognize that we can accept seemingly damning information from within a new paradigm (worldview) that not only explains the challenging discoveries but incorporates them into a paradigm of belief. Such expanded worldviews can ultimately strengthen our testimonies and may increase our confidence that God’s truth is universal and envelopes both the secular as well as the sacred.

Big Lists offer sugar to diabetics; they are intended to shock the system rather than to provide anything of nourishment. Real nourishment—a real understanding of the issues—requires effort, time, and energy. It’s my hope that Latter-day Saints who stumble from the supposed problems of a Big List, will invest the necessary effort to form conclusions based on a full examination of all the data, rather than accepting a simplistic and repetitive formula that bases much of its effectiveness on feelings as opposed to evidence.

[i] Ruth Mayo, Yaacov Schul, and Eugene Burnstein, “‘I am not guilty’ vs ‘I am innocent’: Successful negation may depend on the schema used for its encoding,” Journal of Experimental Social Psychology (2004): 40, 446.

[v] It should be noted that not all critics simply brush such things aside. There are educated critics who engage in these complex discussions and dialogues with LDS scholars.