Faith Challenges to Faith Can Be Terrifying, but … Faith Couldn’t Exist Without... 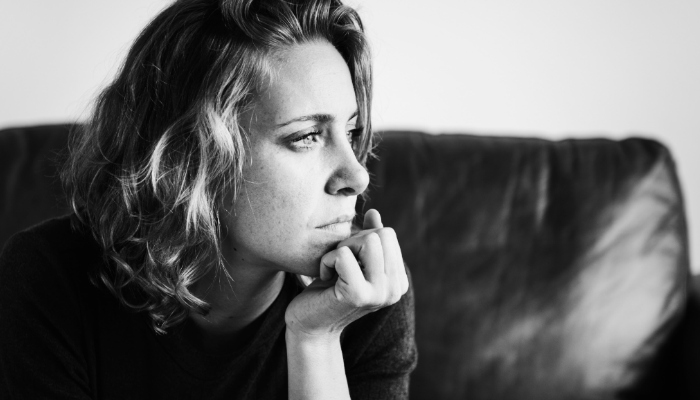 If you take just one idea from this article, I want it to be this: Faith is not faith if reason forces you to adopt it. In order for faith to be faith, it must be chosen in spite of understandable alternate options. Those alternate options must exist. They can be scary, they can be challenging, but they can be stepping stones, rather than stumbling blocks.

Netflix actually illustrated this idea quite well in their new series, Messiah (probably by accident). The premise of the show is quite simple (spoilers ahead): A man in the Middle East starts to gain a following, and people are claiming he is the Messiah. The main characters of the series (along with you, the viewer) are left to come to their own conclusions about the man. Is he divine? Or, is he a charlatan?

What struck me is that every time the man performs a “miracle,” you’re given a reason to believe why it may not have been a miracle at all. For instance, when arrested and questioned by a CIA officer he’s never met, the man addresses her by her first name. At first, this seems miraculous. How could he have possibly known her name?

Moments later we discover that the officer’s name was actually obscurely written on her bracelet. And thus we’re presented with the choice: Did the man simply spot her name on the bracelet? Or, was it provided supernaturally?

On another occasion the man walks on water—the ultimate miracle, right? But then we learn that the man used to work as a highly-skilled circus magician when he was younger. So, did he actually walk on water? Or was it a hoax? There are two sides to every story, and you have to decide what to believe.

Striving for knowledge at the expense of belief

Too often we want to know something before we believe it. We strive to remove those obstacles that make belief truly a choice. We want to be intellectually forced to believe. We want to expel every reason to doubt. We want that smoking gun which would enable us to finally proclaim to the world (and possibly ourselves), “See! I told you so.” But success in this endeavor would mean the removal of essential cogs from the mechanism of faith, and that we simply cannot do when it comes to many fundamental religious matters. At the macro level, it is not part of the plan. People will always find reasons to say, “Christ was just a great teacher,” or, “The Book of Mormon is a fraud,” or, “The age of prophets is over.”

Faith is what Christ asks of us, and “without faith it is impossible to please him: for he that cometh to God must believe that he is, and that he is a rewarder of them that diligently seek him” (Hebrew 11:6). And on the topic of faith, Alma 32 is clear:

And now as I said concerning faith—faith is not to have a perfect knowledge of things; therefore if ye have faith ye hope for things which are not seen, which are true.

What is it about faith that makes it incompatible with “a perfect knowledge?” It’s the element of doubt. It’s that list of unproven but possible alternate explanations. Was the woman’s name supplied via a divine source, or did he read it off of her wrist? Christ doesn’t ask us to know the answer. He asks something much more difficult: He asks us to choose to believe even when there are reasons not to (“Blessed are they who have not seen, and yet have believed”). And if we have the courage to really step into the world of faith, we have to learn how to be OK with that continual tug-o-war between faith and doubt, because neither could exist without the other.

A summons to engage the heart

But to the skeptic of faith (or our brand of faith), choosing to believe despite the apparent reasons not to believe sounds like blind obedience or outright naivete. Terryl and Fiona Givens touched on that idea (and much more) in their book, The God Who Weeps (pay special attention to the bolded text):

The call to faith is a summons to engage the heart, to attune it to resonate in sympathy with principles and values and ideals that we devoutly hope are true and which we have reasonable but not certain grounds for believing to be true. There must be grounds for doubt as well as belief, in order to render the choice more truly a choice, and therefore the more deliberate, and laden with personal vulnerability and investment. An overwhelming preponderance of evidence on either side would make our choice as meaningless as would a loaded gun pointed at our heads. The option to believe must appear on one’s personal horizon like the fruit of paradise, perched precariously between sets of demands held in dynamic tension.

Faith is not blind. It’s an informed choice we make in the wake of ambiguity. The authors continued,

For most of us, at least, there is neither a choir of heavenly heralds proving God exists, nor a laboratory of science equipment proving He doesn’t. Rather, we find a persuasive body of evidence on both sides of life’s competing propositions…. The call to faith, in this light, is not some test of a coy god, waiting to see if we ‘get it right.’ It is the only summons, issued under the only conditions, which can allow us fully to reveal who we are, what we most love, and what we most devoutly desire. Without constraint, without any form of mental compulsion, the act of belief becomes the freest possible projection of what resides in our hearts…. The greatest act of self-revelation occurs when we choose what we will believe, in that space of freedom that exists between knowing that a thing is, and knowing that a thing is not. This is the realm where faith operates, and when faith is a freely chosen gesture, it expresses something essential about the self.

God wants us to choose Him because our hearts and hopes align with His plan, not because the evidence simply compels us to believe. That’s not the kind of belief that God is after. That creates drones, not disciples.

How is faith a reflection of our hearts?

The Givens shed some important light on the purpose of faith in those quotes (above). They say that faith is less about guessing the right answers in a game of doctrinal trivia, and more about revealing ourselves to God. But what exactly does that mean?

Let’s try breaking faith down into two categories (an oversimplification, but let’s roll with it) and see if we can make some headway on that question.

Passive faith could be defined as a simple statement of belief. For instance:

Those beliefs are all well and good, but how valuable is my belief in Jesus Christ when “the devils also believe, and tremble?” At this point, these statements of faith may indeed be factually correct, but they’re not doing me much good. Surely passive faith reveals something about your character to God, but hopefully your character is better served by the next phase of faith:

Active faith answers the “therefore, what?” question of a passive statement of belief. For example:

Passive faith: I believe Jesus Christ is the Savior of mankind. [Therefore, what?]

Active faith: Because I believe Jesus Christ is the Savior, I repent of my sins, I am more merciful and loving towards others, and I try to comfort those that stand in need of comfort.

Passing the test of life

The plan of salvation aims to help us become like Jesus Christ. We make progress down this road in mortality as we strive to develop Christ-like attributes. But when it comes to developing faith, we’re often less concerned about living faithfully (active faith) and more concerned about making correct statements of faith (passive faith). This is largely the content of any given religious debate. It’s a volley back and forth of, “You don’t believe the correct things.” “Your statements of faith are wrong.”

And while believing in correct information is surely very important, I am inclined to believe that God is much more interested in the results of our active faith. I doubt there will be a quiz after this life filled with theological trivia questions. I’d rather be Christ-like and wrong about some things, than be right about everything and yet an “unprofitable servant.”

What you may view as obstacles to faith may actually be part of the ground that allows faith to flourish. That opposition can either sink your ship, or fill your sails. Having both options is essential, as your choice expresses to God more about yourself than words ever could.

Wherever in life great spiritual values await man’s appropriation, only faith can appropriate them. Man cannot live without faith, because in life’s adventure the central problem is character-building—which is not a product of logic, but of faith in ideals and sacrificial devotion to them.

Has a challenge to your faith every actually strengthened your faith? What does passive/active faith look like in other aspects of your life? Let us know in the comments.