Buzz Is the Dead Sea Healing According to Prophecy? 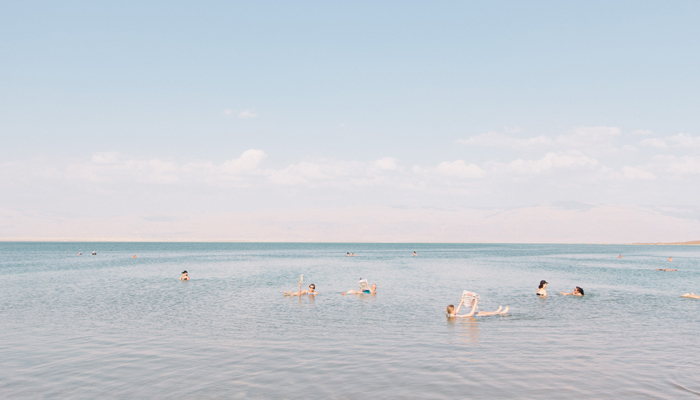 On July 27, 2016, Breaking News Israel reported that the Dead Sea is healing itself according to Old Testament prophecies found in Zechariah 14:8 and Ezekiel 47:8-9.

Then said he unto me: ‘These waters issue forth toward the eastern region and shall go down into the Arabah; and when they shall enter into the sea into the sea of the putrid waters the waters shall be healed. And it shall come to pass that every living creature wherewith it swarmeth whithersoever the rivers shall come shall live; and there shall be a very great multitude of fish; for these waters are come thither that all things be healed and may live whithersoever the river cometh (The Israel Bible).

The Jordan Rift Valley, where the Dead Sea is located, is the location of a huge fault, running north and south through its center. Another fault runs from it to the west through the Mount of Olives. Mountains line the sides of the Jordan Rift. The mountains on the west are those that include the Mt. of Olives and divide Jerusalem from the Judean wilderness. Qumran and Masada are found in these mountains. The mountains on the east side of the Dead Sea are the Mountains of Moab and are located in the country of Jordan.

When the five cities of the plain were destroyed at the time of Abraham (including Sodom, Gomorrah, Admah, Zeboim and Bela), this verdant, lush plain became a literal hell-hole. There were already tar pits in the area, proving its seismic activity, but now it sunk to new lows, literally. The location of the Dead Sea is already the lowest point on earth at an elevation of more than 1300 feet below sea level. The Dead Sea itself is about that deep.

How Salty is the Dead Sea?

The Great Salt Lake can support life. It is the habitat for millions of native birds, brine shrimp, shorebirds, and waterfowl. But what about the Dead Sea? Called in Hebrew the “salt sea” or the “sea of death,” the Dead Sea has a salinity of 340:1000 parts, or over 34% salinity. Actually, people have died choking on its contents.

Only tiny quantities of life have been found in the Dead Sea, and these are just hardy bits of bacteria and tiny fungi.

But recently, people have been seeing fish. And ducks.

Fresh Water in the Dead Sea?

The water level of the Dead Sea has been going down; it’s been shrinking. That’s because water has been diverted from the Jordan River that feeds it, and because of the effect of evaporation as the salt is harvested. As the sea has been getting smaller, sinkholes have been opening up around its edges.

As the briny water recedes, fresh groundwater wells up and dissolves layers of salt, creating large underground cavities, above which sinkholes form (LiveScience.com). “…many of the craters developed along seismic fault lines in the Jordan Rift Valley. Inside these faults, the dissolved salts are less stable and more susceptible to invading freshwater, which hollows out the gaping holes.” These holes are dangerous for tourists and even automobiles.

Some of these sinkholes line the very shores of the Dead Sea. They contain fresh water and are beginning to support life.

Do these Findings Support Prophecy?

The mountains west of the Dead Sea where Ein Gedi is located are lush oases with waterfalls and freshwater ponds galore.

When it rains, flash floods often occur that endanger cars driving the highway on the west side of the Dead Sea. Fresh water can come from there or from underground aquifers.

This moving water has always been there, however. So this water filling up sinkholes doesn’t seem to be a harbinger of the Second Coming. But what about in the future?

Israeli leaders have been considering (and debating) two huge water-power projects. One is called the Med-Dead, where a waterway would be constructed bringing water from the Mediterranean to the Dead Sea. The other is called the Red-Dead, where a waterway would be built from the Red Sea to the Dead Sea. Now, we are talking about a large amount of water!

Afterward he measured a thousand; and it was a river that I could not pass over: for the waters were risen, waters to swim in, a river that could not be passed over.

Ezekiel was talking about a huge amount of water, but it originates from under the temple.

Water under the Temple Mount in Jerusalem

Rumors of water beginning to flow from under the temple mount have been flowing (ahem) for decades. Any trickle of water from between the ancient stones sets off a flood of messianic fervor among religious Jews and Christians alike.

But The Temple Institute, which is doing its best to prepare for the Third Temple to come, cannot find an original source or any real witnesses to prove that this is happening or has happened in the recent past.

But What if the Third Temple is not on the Temple Mount?

Aha! That would change things. An upstart archaeologist, Vendyl Jones, who passed away in 2010, proposed that the best location for the Third Temple would be Gilgal, near Jericho and the Jordan River just north of the Dead Sea. The land would be uncontested by rival religions, and is the place where the Israelites crossed the Jordan into Israel, and where they anointed their kings.

One could certainly imagine a flood of water flowing southward into the Dead Sea from there, especially if the Jordan Rift Fault should shift a bit. 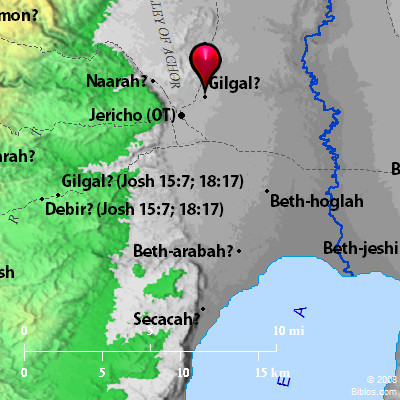 What do you think? Are we seeing the Signs of the Times occur before our very eyes, as reported in Israeli news? Add your voice in the comments below.