Faith Defending the Faith 3 Ways the Tower of Babel Story Will Help You Respond to... 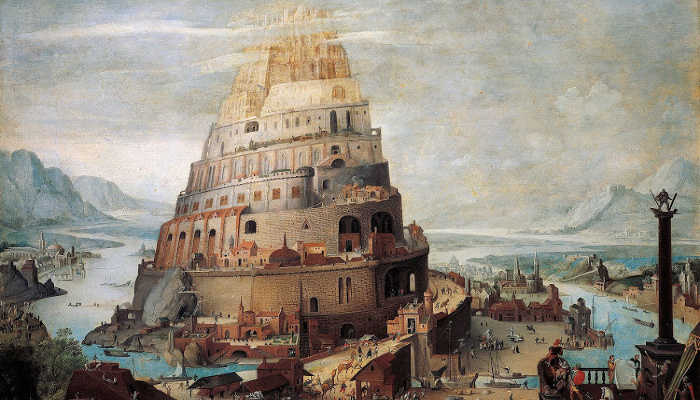 The last time I sat down to read the Tower of Babel story, I remember thinking “was it really that bad?” I mean I get it. Building a tower isn’t exactly how we get into heaven, but couldn’t this just be one of those “A for effort” moments? It seems like mixing up the languages was a little severe.

Then it dawned on me. This story is exactly what all of us need to help us respond to Church critics. By looking at the story under that microscope, all of a sudden, I understood why God did exactly what was necessary.

And what a perfect time to learn that lesson, because as I’m sure you’ve noticed, there’s no shortage of Church critics around us.

So, here are 3 reasons why the story of the Tower of Babel is a perfect guide in responding to Church critics. 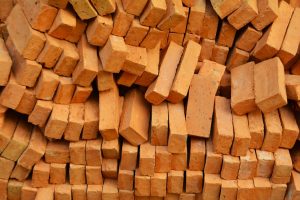 I know, it’s an attractive heading. Don’t blame me. It was the Babylonians.

At first glance, there’s nothing wrong with this notion. We use brick, they use brick. In fact, they even decided to make bricks before they decided to build a tower. How is this a pattern of what we shouldn’t do? A little context helps.

First of all, as hard as it is to believe, baked bricks were the top of the line technology of their day. It was a groundbreaking discovery. Baked bricks hold much stronger than sun-dried bricks. Can you just imagine how popular that TED talk was?

“And they said one to another, Go to, let us make brick, and burn them thoroughly. And they had brick for stone, and slime had they for morter” (Genesis 11:3).

But just like with our technology, there was a right time, and a right place.

When Moses received the commandments, God finished talking to him by telling him that when they build altars, they should be made of natural stone, “for if thou lift up thy tool upon it, thou hast polluted it” (Exodus 20:25).

Further, throughout the Old Testament, we see patterns of temples being made of quarried, not man-made, stones (see 1 Kings 5:15-18). Essentially, when it came to spiritual buildings like alters and temples, God wanted them to be as natural as possible.

So the Babylonians’ mistake wasn’t in the actual building of the bricks and what they call slime. In fact, I’m sure it was God himself who inspired the idea, as He does with all good things. The problem was when they decided to use this new technology in a tower dealing with and leading to God.

How do we use “man-made bricks” in the wrong way when we come across Church critics?

God’s established pattern of conversion is based on faith. No person will ever gain a witness of Christ by “being proven” that He exists, and that His Gospel is true.

I think you can see where I’m going. Our modern technology, like the internet, social media and even cell phones, can be very important in helping God carry out his work. But when we use them to gather evidence and proof, in order to combat those who post in opposition to the Church . . . are we following a pattern established by the Lord?

As tempting as it is sometimes, we should always remember that using our man-made bricks needs to be used at the right place, and in the right way.

Related: How We Can Use Technology Even Better in the Church

2. Making ourselves a name 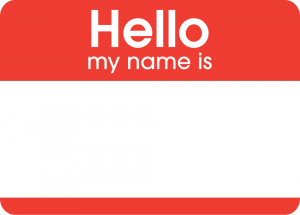 Another fine example of what not to do. Thanks, ancient Babylon. See if you can find the hidden clue about what the Babylonians really wanted.

“And they said, Go to, let us build us a city and a tower, whose top may reach unto heaven; and let us make us a name, lest we be scattered abroad upon the face of the whole earth” (Genesis 11:4, emphasis added).

Ok, maybe I made sure it wasn’t that hidden. But, do you really think that they were that interested in building a tower that reached all the way to heaven?

They certainly wanted to build themselves up, but not because they wanted to be closer to God. At least not primarily. They wanted the whole world to see who they were, and how awesome their tower was. No wonder God wanted to mix up their language and scatter them. Pride always comes before the fall.

A few weeks ago, I had a brief interaction with someone that posted something about the Church on Facebook. He posted an animation that basically implied that it was impossible to “Be a Mormon,” to “Understand Church History,” and to “Be Honest,” simultaneously. I responded. Let’s just say it didn’t go over very well.

Admittedly, I wasn’t that interested in helping him build a little faith, or even defending the faith. I was personally offended by what he was implying, and I wanted to make sure that I defended my name, so my beliefs and character weren’t just “scattered abroad.”

I don’t think there is anything inherently wrong in interacting with those that don’t see eye to eye with us. But what is the purpose of these interactions?

Our goal should always be to draw people closer to Christ, not to build up ourselves and our names.

It is by His name, not ours, that all mankind will be saved.

Do our towers have His name at the top? Or are there other motives by what we do?

Related: There’s a Great Evil Infecting Mormonism, and It’s Time We Got Rid of It

3. Build a barge and set sail

This one almost goes without saying. But I’m gonna say it anyway.

In short, sometimes it’s just best to walk away from the situation.

Right after the Lord mixed up the languages and scattered the Babylon nation abroad (which is ironic since that is what they were trying to avoid), the brother of Jared and his family set sail to the American continent.

They understood that there was no place for them where they currently dwelled. They needed a place to raise their families in true faith, not one that ignores God’s patterns and builds up their own name.

I know this may come as a surprise, but not every interaction with a critic of the Church is going to end positively. In the same way that you are convinced of the truth of the Gospel, they may be convinced of their own thoughts and feelings. This doesn’t mean that we can’t love them and pray to know how to help them, but it certainly means we don’t have to participate in every battle.

Sometimes it’s ok to walk away. Defending the faith does not mean responding to every person that has an argument against the Church.

When Christ was most adamantly opposed, that was when He stayed quiet.

He understood that there is a work that is greater than any of us taking place. Sometimes, we will stand accused and opposed. But God’s work will go forth boldly until everyone has the opportunity to accept His great plan and Christ’s great Gospel.

To help those who don’t yet see the Church as a blessing, sometimes we have to step away and be patient as we let our Heavenly Father prepare them in His own time, and in His own way.

The goal to become one 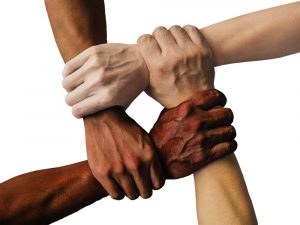 There is nothing more frustrating than trying to reason with someone that just doesn’t understand you. “No, August (my 3-year-old nephew), it’s not ok to plug your baby sister’s nose. Yes, it will hurt her. No, you can’t touch her eye either.” That’s an endless debate I have when I get to babysit.

I can’t even begin to imagine what life was like when God mixed up the language at the Tower of Babel. There was no mutual understanding. The people were scattered abroad, left to fend for themselves.

In a similar fashion, as we ignore God’s established patterns, focus on ourselves, and refuse to not participate in some battles, we are separating and causing confusion, not understanding. At the end of these kinds of interactions, each person leaves more convicted in their own “language,” or way of life.

During His mortal ministry, Christ pleaded unto the Father that all of us may be made one.

As we strive to be the best disciples we can be, we will come across moments where we are called upon to defend our testimonies and faith in Jesus Christ. When we do this, we become united in God’s work and build companionship with the Savior. We can become one with Him.

Even better, when we effectively defend the faith, we can spark desire and faith. We can help others strive to become one with Christ as well.