Faith Defending the Faith So an Atheist and a Mormon Sit Next to Each Other on... 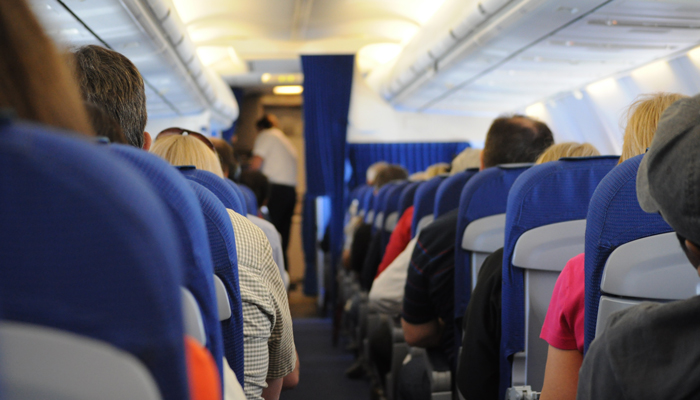 It sounds like the beginning of a lame joke, but that’s how my day started.

You know those stories you hear in testimony meeting about somebody on a bus having the distinct impression to strike up a gospel conversation with the person sitting next to them? They get to talking, the stranger ends up meeting with the missionaries and before you know it—baptism. That’s what I was shooting for.

In my head we’d exchange names and pleasantries. “What’s taking you to Melbourne?” I’d ask. I’d listen intently and then he’d ask me the same question. “I work with the Public Affairs Department in my church and am headed to cover some initiatives underway having to do with The Book of Mormon Musical, which is playing in Melbourne,” I’d say.

Bam. Operation spread the gospel is a go. Or at least, it would have been. Things went a lot better in my head.

In all reality the conversation did start out well, but I quickly learned that the man sitting next to me with the Stark-like goatee was actively Atheist and in fact on his way to Melbourne to see The Book of Mormon Musical. Oh boy.

Unfortunately he’d seen The Book of Mormon Musical before, which meant that he already had a fistful of controversial doctrines, historical events, and unverifiable sources queued up and ready to throw at me. Suddenly the tables were turned. It wasn’t me sharing my faith with him anymore, it was him challenging every aspect of my faith.

Kolob, Priesthood ordinations, Polygamy—the works. “Abort mission! Abort mission!” my brain groaned. He seemed determined to ask every question that we just don’t have all the answers to yet.

He was ecstatic that he was sitting next to a real-life Mormon. I was a novelty to him. He even insisted we take a picture together which he intended to use as proof of my existence to his friends (I should have asked for a copy, sorry). I felt a bit like a Disneyland character.

DISCLAIMER: Usually a disclaimer goes at the beginning or very end of whatever you’re reading, but I wanted to let you know right now that this story doesn’t end with warm fuzzy feelings. I didn’t convince him that his beliefs were incorrect. The Spirit didn’t knock him out cold at the conclusion of my powerful testimony. I wish it did, but if that’s what you’re expecting you’re going to be disappointed.

What do you do when someone looks you in the eyes and says, “You’re wrong”?

That happened about 40 times during our conversation in the form of doubt-filled comments and skeptical facial expressions. So, what do you do?

Well, the first thing that happens is you stop and take a good look at yourself. Not because you necessarily want to, but rather because that’s one of the natural reactions to someone asking “how can you possibly believe that?”

Do I really believe that once I am dead I will live again, for eternity?

Do I really believe that The Book of Mormon is of divine origin?

Do I really believe that there are modern day prophets?

Remember that when times of opposition come it is time to use your testimony, not time to start building it.

So, fortify your testimony now.

It wasn’t in the thick of battle that Captain Moroni decided to reinforce the walls and dig trenches around the city of Noah, it was during peacetime. Prepare now for the opposition on the horizon.

Focus on what matters

It is the keystone of our religion. If you know that The Book of Mormon is true, you’re off to a great start. If you don’t yet have a testimony of it, keep searching. Keep asking. Be patient.

It’s OK that you don’t know everything

You will never have all the answers in this life. You just won’t. That can be tough sometimes, but it really does make sense.

If you’re going on a long backpacking trip, the first things you’re going to pack are the essentials: food, water and shelter. You don’t need to pack your Nintendo DS (even though it might be fun to have). You also don’t need to know the intricate inner workings of your wristwatch. It tells time, and that’s all you need.

Let people disagree with you

One of the wonderful truths about the gospel is the fact that God has given each of his children the freedom to believe what they want. You can’t force someone to believe like you do, the Holy Ghost can’t do it, God won’t do it. If someone chooses to disagree, let them disagree. Remember that you can disagree without being disagreeable.

The end of the story

The man on the plane let me have it. He did his best to rip my beliefs apart one by one and reassured me of how happy he was living a life filled with evidence and facts instead of hope and faith.

All I could do was remind him that I didn’t have all the answers, nor do I need them. That’s not a satisfactory answer to a lot of people, but it is for me.

I have enough. I have what I need to continue on the gospel path in faith.

We can believe in the gospel and we can testify of it all we want, but at the end of the day what really matters is that we live it. That’s something I (and surely you) are still working on. I’m grateful for opposition that puts things in perspective for us, and encourages us to change for the better.

If someone or something is actively challenging your beliefs (sometimes it comes from our own selves), I implore you to fight it with action, because surely “if any man do his will, he shall know of the doctrine, whether it be of God, or whether I speak of myself.”