Faith Defending the Faith Gold Plates: The Rest of the Story 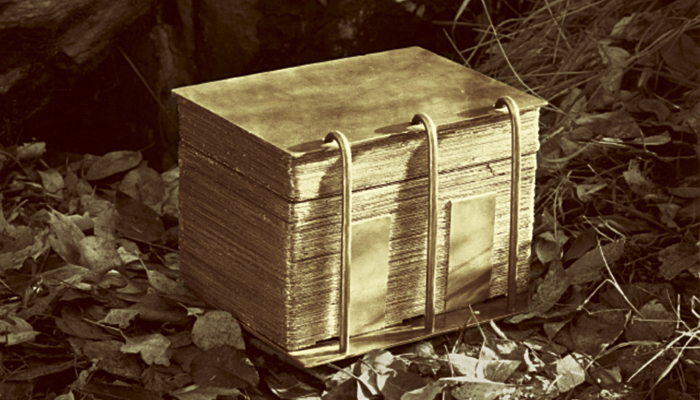 The World News Daily Report recently wrote about BYU archeologists exploring a hidden cavern near the Hill Cumorah site. Not only did they come across an altar and torch soot, but they were able to find a set of gold plates that they speculate to be linked to Joseph Smith. The story generated great interest on social media and was spread widely by believing Latter-day Saints.

There’s only one problem: The story is a lie. World News Daily Report is a site devoted to tricking gullible people into clicking their sensational and made-up headlines.

Many stories like this have circulated throughout the internet. The one thing many of these stories have in common is a picture of gold or metal plates. No matter what a person’s belief is concerning the Mormon Church, it cannot be denied that writing on plates was a very common ancient practice.

As Mormons, our church history is very special to us. The world has always found our religion to be controversial, especially when it comes to the Golden Plates.

We believe that Joseph Smith unearthed them in upstate New York at the direction of the Angel Moroni. They were a record of ancient immigrants to the Americas who came from the Middle East. What we know about them comes only from the few people who were permitted by the Lord to see them.

11 male witnesses have given their testimonies in defense of the plates. Mary Whitmer and Emma Smith were the only women who were permitted to see them. Emma’s description is, perhaps, the most flowery of them all though.

“They seemed to be pliable like thick paper, and would rustle with a metalic sound when the edges were moved by the thumb, as one does sometimes thumb the edges of a book.” —Emma Smith

About 70 years ago the Etruscan Gold Book was discovered in a tomb in Bulgaria. This country, like Israel, is in the Mediterranean region of the world. Astoundingly, the book dates back to the same time period as when Lehi left Jerusalem, the year 600 BC, and was most likely used as a prayer book.

This was the first ancient book to have been found that fit the description of the Golden Plates. It’s discovery tells us several things:

Plates From The Middle East

One of the more recent religious archaeological discoveries is 70 lead plated books, dating from the year 200 BC to 600 AD. They were found by Jordanian Bedouin in caves that were once home to Christian refugees after the fall of Jerusalem .

Although some consider these plates to be a bigger find than the Dead Sea Scrolls, their legitimacy is not yet known. Archaeologists are debating whether or not these books are forgery or if they are the “most important religious [discovery] of the past”.

Jeff Chadwick, a BYU professor, says that they could be just Jewish medieval amulets and calls the plates “silliness”.

Other professionals disagree. Some are interested in the deep Hebrew-Christian connection that the books seem to have. If that connection does exist then it would most definitely have a small connection to The Book of Mormon, which professes to have a similar connection.

Thanks to Edward Thompson, an archeologist, the Peabody Museum at Harvard has one of the best Mesoamerican collections. Very few people know that among these artifacts extracted from Mexico are golden plates. Most of which were made from a copper-gold alloy and have Mayan hieroglyphs and other symbols on them.

No major studies have been done on the plates, but it is assumed that they were not used for record-keeping purposes, like the Golden Plates.

Some LDS apologists believe that there is a strong connection between Mesoamerica and The Book of Mormon. They even think that the tradition of writing on gold means that Moroni was a Mesoamerican scribe.

On my mission to Oklahoma I had the opportunity to meet many Native Americans. They would tell me stories about their great-great-grandparents who, less than two hundred years ago, were forced to move to the territory of Oklahoma. Their exodus became known as the Trail of Tears.

At one time my companion and I were sitting down with an older Native American couple from the Creek nation. Now, it is well-known that many Native American stories correlate with those told in the Book of Mormon, and this story would prove to be no different.

The couple told us a story about an Indian prophet from their tribe’s history. His job was to carry with him and to protect two sacred plates with Egyptian-looking hieroglyphs inscribed on them. He was the only one allowed to handle these plates.

For his protection, he always had two guards, but the exodus was a dangerous time for his people. When they were forced to leave their homes, he feared for the safety of the plates and so buried them, intending to return and retrieve them later.

One day, at the migration camp that they were dwelling in, the United States Army purposely gave them blankets infected with smallpox. This caused the death of many, including the prophet. Today, the plates are most likely still in the ground somewhere, almost forgotten about by both the tribe and, especially, the world.

No Need For Physical Evidence

No matter how many plates are dug up from the earth, gold or not, nothing will ever tell us that our church history is true. Nothing, that is, other than the voice inside us that says “It is true.” It is more important for our testimonies to be engraved on our hearts than for a set of Book of Mormon era plates to be discovered by today’s archaeologists.

I encourage you all to find your own testimony of Joseph Smith and of the Golden Plates. Through a prayerful study of both The Book of Mormon and Joseph Smith’s History, I know that you will obtain a testimony that will strengthen you enough to overcome the doubts of the world and serve as a more powerful evidence to you than any historian, anthropologist, or archaeologist could ever give you. 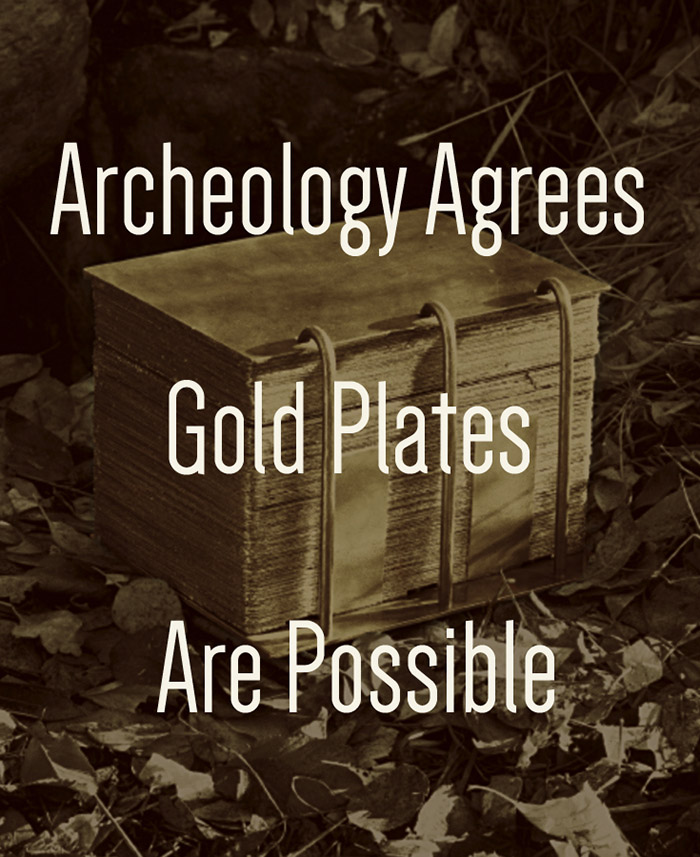