Faith Defending the Faith Henry B. Eyring Shares Love for his Wife of 52 Years in...

UPDATE: Henry B. Eyring’s talk he gave at the Vatican is now a chapter in a new interfaith book, regarding traditional marriage, according to Deseret News. The chapter is titled, “To Become As One, A Mormon Perspective.” Other prominent religious leaders also authored chapters within the book. For more information on the book, and Eyring’s chapter, visit deseretnews.com.

Today President Henry B. Eyring spoke as a witness at The International Interreligious Colloquium on ‘The Complementarity of Man and Woman’ at the Vatican titled “To Become as One.”

As a witness, Eyring was invited to “draw from the wisdom of [his] religious tradition and cultural experience as [he] attested to the power and vitality of the complementary union of man and woman.”

Eyring opened his address by saying that, “The evidence I offer is personal, yet I trust my recital may trigger in your memories what you have seen that would point to a general truth beyond the experience of one couple and one family.”

The majority of his address revolved around the love he has for his wife Kathleen Johnson, as he shared the story of meeting her 53 years ago and knowing he would “give anything to marry her.” On his marriage of 52 years, he said,

Most remarkable to me has been the fulfillment of the hope I felt the day I met my wife. I have become a better person as I have loved and lived with her. We have been complementary beyond anything I could have imagined.

Eyring shared that from their six children came 31 grandchildren, and their first great-grandchild, who was born while he was attending the colloquium. 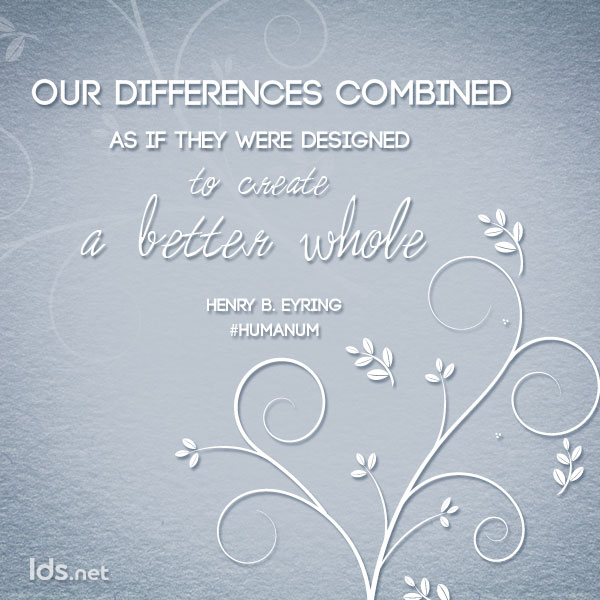 Sections of “The Family: A Proclamation to the World” were quoted and Eyring reminded the attendees that the fight for traditional marriage will take strength from families and quoted Professor Lynn Wardle who said,

The task we face is not for summer soldiers or weekend warriors who are willing to work for a season and then quit.

Eyring was bold and loving in his thoughts on marriage and urged families all over the world to stand up for the institution of marriage. 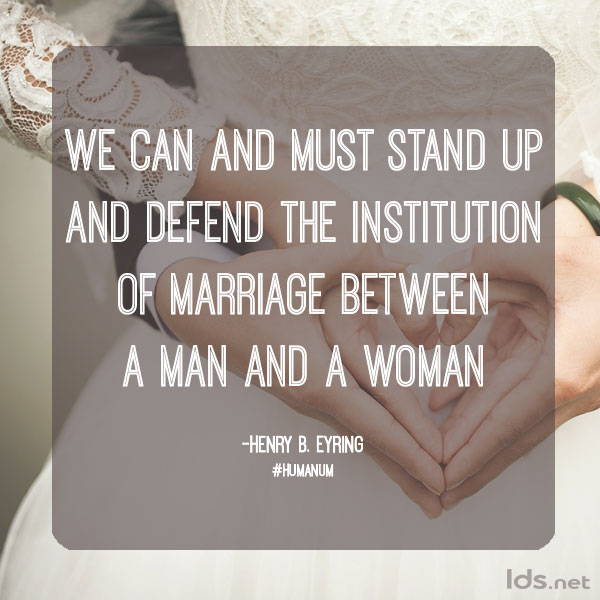 Eyring was one of 17 leaders to act as a witness at the colloquium. Elder L. Tom Perry and Bishop Gérald Caussé also attended the event and met with Deseret News for a Q & A session about their thoughts on attending the colloquium.