Faith Defending the Faith Is Elder Holland a Liar?

According to former member of the Church, Bill Reel, he is. In a Mormon Discussion podcast titled Elder Holland —Liar Liar Pants on Fire, Mr. Reel leveled accusations of deceit against Elder Holland that deserve to be addressed—and dismissed.

Mr. Reel claims to have corresponded with Elder Holland at least once over the course his gradual exit from the Church that ended in his excommunication in December 2018.

The alleged “lying,” not misstatements or inaccuracies, covers a nine-year span of a very public person who has made both prepared and off the cuff statements that must number in the tens of thousands if not hundreds of thousands. Of those thousands of statements, Mr. Reel claims that Elder Holland lied on five different occasions. Each one of these incidents will be addressed in order. 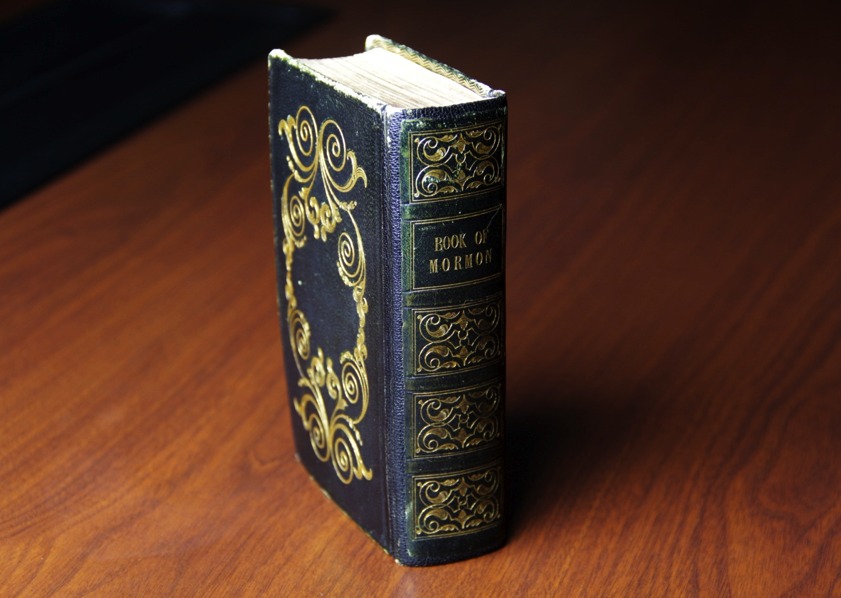 Mr. Reel represents that “Elder Holland claims to hold the very copy of the book of Mormon that Bethsheba [sic], Hyrum Smith’s wife, had in her possession from which Hyrum Smith, the prophet’s brother, read to her and had turned the corner of the page down from where he read.  The problem is that the copy Elder Holland holds up in his hand at General Conference is distinctly different from the copy in the Church History department claimed to be the same book.”

Did Elder Holland lie about the book?

Elder Holland said, in October Conference 2009, “May I refer to a modern “last days” testimony? When Joseph Smith and his brother Hyrum started for Carthage to face what they knew would be an imminent martyrdom, Hyrum read these words to comfort the heart of his brother:

“Thou hast been faithful; wherefore … thou shalt be made strong, even unto the sitting down in the place which I have prepared in the mansions of my Father. And now I, Moroni, bid farewell … until we shall meet before the judgment-seat of Christ.”

Elder Holland continued, “A few short verses from the 12th chapter of Ether in the Book of Mormon. Before closing the book, Hyrum turned down the corner of the page from which he had read, marking it as part of the everlasting testimony for which these two brothers were about to die. I hold in my hand that book, the very copy from which Hyrum read, the same corner of the page turned down, still visible.”

According to the Church History department, there are two similar books in question that belonged to the same family, Hyrum’s. One is the book that Elder Holland held up. The other is a book that expert rare book collector, Reid Moon, obtained a full two years after Elder Holland’s address, and was sitting in a shoebox among a Smith descendant’s things until that time.

The book obtained by Reid Moon is interesting, which is a story in and of itself. A strong case can be made that it is the actual book Hyrum read from at the time in Carthage. Among other compelling evidence for it being the book Hyrum read from is that Hyrum Smith’s name is embossed on the book’s spine, which is typical of the time.

The strongest evidence for the actual book that Hyrum read from being the one that Elder Holland held up during conference is that it has a statement of provenance written inside the back cover of the book dated December 25, 1898, and signed by Joseph F. Smith, that it was, in fact, the book that Hyrum read from and dog eared. What makes this book suspect is that the provenance was written in 1898 witnessing what Joseph F. Smith is recalling as a young boy 60 years later.

Back to the real issue: Did Elder Holland lie when he claimed the book he held up was the actual book? Not even close. A case can be made, based on the statement of provenance, that Elder Holland did, in fact, hold in his hand the actual copy of the book that Hyrum read from.

Even if could be determined that the copy of the book obtained later by Reid Moon is the actual book, Elder Holland can hardly be accused of deceit because he was surely told by a church historian who also had every reason to believed that he did have the actual copy that Hyrum read to his brother, and the Hyrum embossed copy was not even known to exist until years after Elder Holland’s address.

No Money to Proposition 8

Mr. Reel claims that “Elder Holland, when asked about the Church’s contribution to Prop 8, says that the Church did not give “One Red Cent” to the fight against Same-Sex Marriage in California.  Problem is it gave a reported amount of almost $200,000. Some want to debate over whether it was cash or in-kind donations but to battle over rhetoric seems to be a sly way to find a loophole.”

Elder Holland made the claim during a question and answer session following an address he gave to the Harvard Law School in 2012. Elder Holland readily acknowledged that individual members of the Church, as citizens, were free to give to that cause, and many of them did so in support of Prop 8 and suffered for it.

The highest probability of what happened here is, given distributed apostolic financial oversight responsibilities, that Elder Holland would have had no idea that some expenditures for travel (which was one of the bigger line items in the financial disclosure) or other expenses ever happened in support of Prop 8.

Mr. Reel is claiming a bullseye yet there is a high probability that Elder Holland knew nothing of these ancillary expenses. In a question-and-answer setting without any research in hand, he may have been wrong, but it would be wildly speculative and irresponsible to suggest that his statement was a lie.

Elder Holland’s main point in the full answer to the question asked at Harvard is true—it was Church members who stepped up financially and personally, in some cases experiencing persecution for doing so. 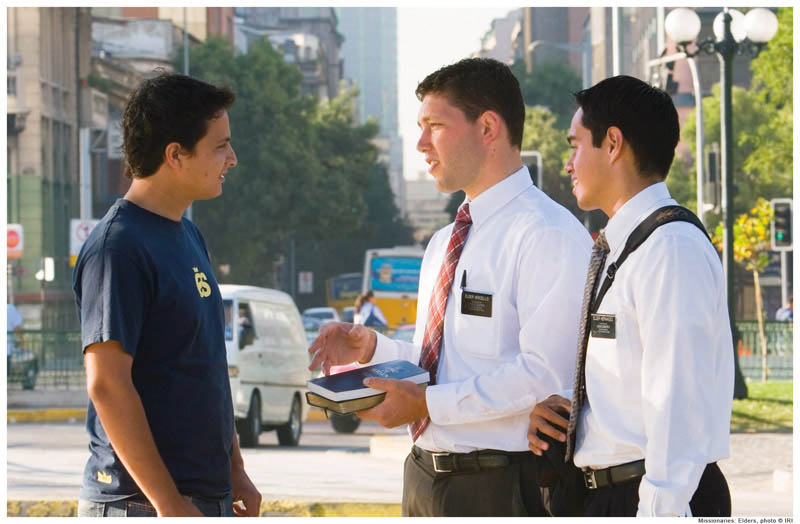 Did Elder Holland lie in an annual Mission Presidents’ Seminar, when he told the story of a missionary being led by the spirit to find his estranged brother?

There was no intent to deceive. Elder Holland told this story as he heard it from those who knew the family. When it was learned that a family member informed him of some of the inaccuracies in this version of the story, Elder Holland publicly withdrew the story as told and asked that it not be shared. Any suggestion that he intended to deceive is baseless.

Mr. Reel claims that “Elder Holland when asked directly whether Mitt Romney would have made penalty oaths in the temple answers NO.  Problem, such is a flat out lie.”

It should be noted that permission to do the hostile interview was granted under false pretenses. The Public Affairs Department of the Church was told by the network sponsoring the interview that it would be “A review of a typical day in the life of an apostle,” when in actuality, it was a hit piece intended to damage the Romney presidential campaign by showing that his religion is weird.

During the taped interview, Elder Holland was asked if Mitt Romney would have sworn an oath in the temple to say that he would have to “slit his throat” if he revealed temple secrets. Elder Holland responded, “That’s not true. We do not have penalties in the temple.” Elder Holland then explained that we used to have penalties and that we don’t any more. So the core question is, as phrased by the interviewer,  “Is Mitt Romney bound by an oath with a penalty that he will slit his throat if he reveals “the secrets here [the temple]”

The only way for Elder Holland to answer this accurately is to answer “That’s not true,” or “No” because 1. Mitt Romney was no longer bound by the “vow” to not reveal the contents or the ordinance as per the previous language due to changes in the temple ordinance, and 2. A promise not to reveal the “the secrets here” never was part of the vow. As Elder Holland points out in the video, the oath to not reveal refers to the specific ordinance, and 3. The former language never contained the exact language that contained a suicide oath.

Mr. Reel’s contention that Elder Holland’s answer is “a flat out lie,” is demonstrably false. A “yes” answer to the exact phrasing of the question asked by the interviewer would have been inaccurate. Elder Holland could have made a fuller explanation by adding context and nuance that would have helped the interviewer ask a different question, however context and nuance would have to include specifics of temple ordinances that are reserved to be discussed only in the temple among endowed members. Any form of “yes” answer to that question would have led to matters that could not be discussed publicly, and a “no” answer was accurate. It is also clear that the interviewer was more concerned about producing a sensational story than about obtaining the truth. 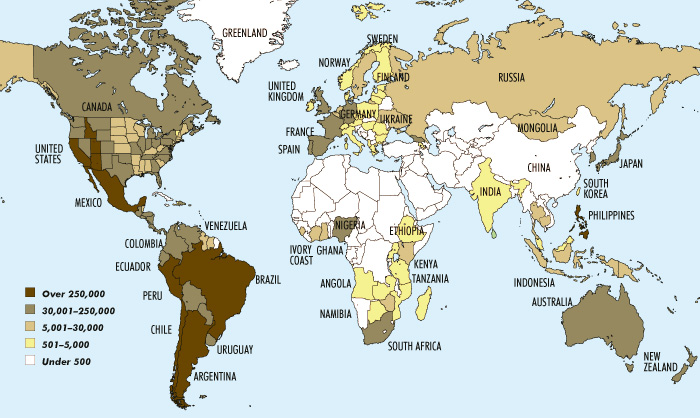 Mr. Reel claims that “Elder Holland in a Regional meeting claims that the Church is growing in such a rate that it is creating Double Digit NEW Stake creation “every week of our lives.”  The Problem is that the Church every year tells us the number of stakes in the Church at year end of the previous year. Elder Holland made this claim in early 2015 And from 2015 through 2017 the Church consistently averaged 1.6 new stakes per week.  This makes a fifth lie with this one being deeply demonstrable.”

Elder Holland’s statements from the video are: “A week ago Thursday we created 15 stakes.” “The week before, it was 12.” “It might be 8.” “We are creating double-digit stakes every week, every week of our lives.”

If you were to insist on treating his speech as written text, intended not to be coloquial, but statistically defensible, you could say that “every week” of his life is an exaggeration but that would be nitpicking.

This obvious smear attempt might lean Elder Holland toward more guarded speech to avoid other such pettiness. I hope not: I will take Elder Holland, unfiltered, any day.