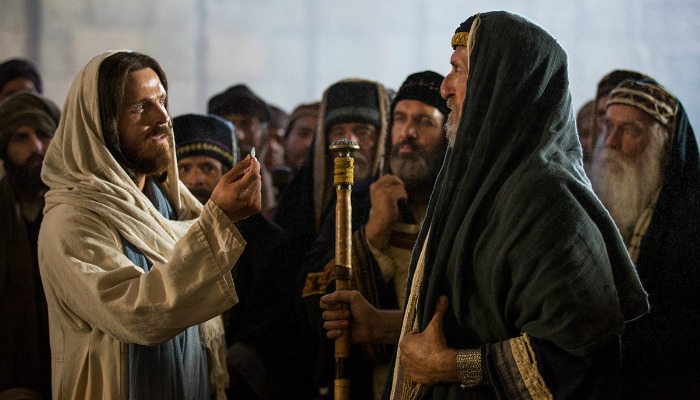 A few months ago, around Christmas, a man in my ward gave a talk about Jesus Christ that completely blew me away. Seriously, I’ve been thinking about ever since. He said something to the effect of, “You know, we talk about how Jesus Christ was so kind to everyone and how He loved everyone, but the reality is that He actually offended a lot of people because He cared more about the truth than being liked.”

If you could have seen my face when he said that, you’d have been like, “Ew,” because my eyes were probably bulging out of my head and my mouth was likely wide open. I mean, honestly, my personal mantra is basically the Michael Scott quote, “Would I rather be feared or loved? Uhm… easy. Both. I want people to be afraid of how much they love me,” so the idea of someone not liking me? It doesn’t sit well with me, to say the least.

But it’s true — Jesus cared way more about telling people what was right than He did about being “chill.” (Am I hip or what?) I think sometimes we focus so much on how He loved people that we forget that part of loving people is being truthful, even when it’s uncomfortable. And He did that. Like, a lot. The doctrine He taught offended people so much, in fact, that He was killed for it.

Honestly, if Jesus were here on Earth today, I don’t think it’d be all that different. I’m pretty confident that some of His preachings wouldn’t be too popular.

I guess the point I’m trying to make, then, is that we shouldn’t be surprised when our beliefs don’t have us winning any “most-liked” awards, either.

Who Did He Offend? And Why?

The Pharisees: We hear a lot about the Pharisees at church, but do we actually know who they are? Here’s a quick recap: “Pharisees—A religious party among the Jews. The name denotes separatists. They prided themselves on their strict observance of the law and on the care with which they avoided contact with things gentile.”

Even though the Pharisees believed in a lot of the things Jesus taught (such as the resurrection of the body, life after death, etc.), they often didn’t like the way He taught them. He was too lax when it came to tradition and He was too blunt (remember when he called them “hypocrites“?). But the crowning reason they hated Jesus so much was because He was going to make the Romans mad at the Jews… So basically, they didn’t like Him because His teachings weren’t going to be popular to a wider audience. (Ring any bells? We often are scared today to share our beliefs because we know the media, Hollywood, our friends, our classmates, etc. aren’t going to like them.)

To put it simply, the Pharisees didn’t like Jesus because they knew living the truths He preached, or preaching those truths themselves, would likely result in persecution.

I’ve grown up hearing up this story a ton, but I never really understood what these people (the “money-changers”) were doing. Honestly, I always kind of assumed they were gambling. (Full disclosure: I thought that until today, when I looked it up. My b!) But to understand why these people were so mad at Jesus, it’s important to fully comprehend what actually happened in the temple.

First of all, we have to note that when this happened, it was Passover, so a ton of out-of-towners were in Jerusalem — so this was a major money-making opportunity for the money-changers. In the courtyard, where the whole “cleansing” thing went down, a bunch of these money-changers had set up tables. Their job was to take people’s everyday currency and exchange them for “temple coins” (the only type of coinage they would accept in the temple) which they charged a lot of money for simply because they could. There was only one Jewish temple, so they could charge as much money as they wanted for these coins since they had a monopoly on them.

The coins were then used to buy animals, which they also had in the courtyard, for sacrifice upon the temple alters. (Again, the pilgrims were a huge source of money since they couldn’t exactly bring a bunch of animals with them from home.) Basically, the money-changers were involved in a shady business of overcharging people who only wanted an opportunity to praise the Lord.

So when Jesus came in and overturned their tables and drove all the animals out, He was essentially ruining their ability to make money — a lot of money. And that made the Sadducees incredibly angry.

“First of all, we plainly see that the Jesus who some have imagined, a man so tolerant and accepting that he would never presume to judge, reject or exclude anybody, is non-biblical. The New Testament Jesus was indeed gentle, kind and loving, and his love is our only hope of salvation. Still, on this occasion, he took the time to calmly make a whip out of cords and then waded in among the money-changers and drove them out . . .”

Once again, Jesus cared far more about doing what was right than He did about making everyone happy.

These are usually the groups we think of when we consider whom Jesus offended… But they definitely weren’t the only people Jesus rubbed the wrong way. Included in the list of people He made mad are His hometown (they basically thought, “Who does this guy think he is, telling us how to live? We saw him grow up; he’s just Joseph and Mary’s son. He doesn’t have any right to tell us what to do!”); moochers (I can’t think of a better way to describe this, so don’t judge, but Jesus called out people for only listening to Him preach because they wanted free food); and many others.

While He was loved by His followers, the general consensus was not in His favor. He wasn’t well-liked by any stretch of the imagination.

Who Would He Offend TODAY? 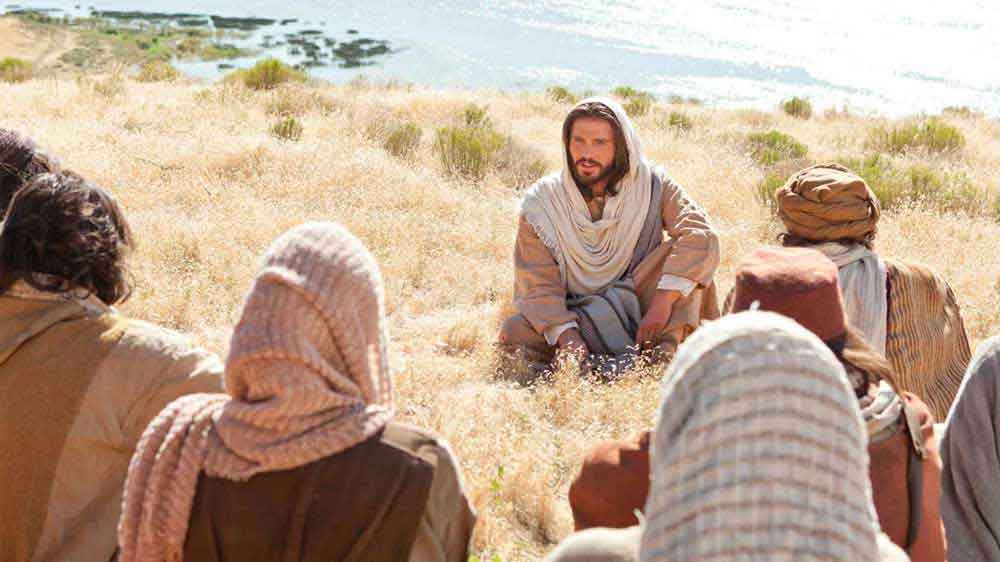 “Woe unto them that call evil good, and good evil; that put darkness for light, and light for darkness; that put bitter for sweet, and sweet for bitter!

Much of today’s world seems to subscribe to the idea that morality is relative; that there is no across-the-board right or wrong. Moral relativism suggests that what is “right” is based on culture, upbringing, and a number of other factors. It shuns the idea of absolute truth—truth and standards that apply to everyone, everywhere.

So who would Jesus offend in our day? Like the title of this post suggests, He’d offend a lot of people — people who believe in moral relativism, people who believe that everyone will be saved regardless of their choices in this life, people who condone and support sexual promiscuity, and about a billion others.

Sarah Cy wrote an article I L-O-V-E about Jesus’ kindness, and how it can sometimes be mistaken for “being nice” or not offending people. She wrote:

And in 1 Corinthians 13, love is described as patient, kind, not envious, not boastful, not rude, selfless, not easily angered, and ungrudging.

Unlike niceness, which is focused on outward consequences (a desire to not ruffle feathers or to minimize conflict); kindness comes from inside (love for others and desire for their well-being).“

Let me say this again (seriously, I’d shout it from the rooftops if I could do so without being arrested): Jesus cared far more about doing what was right than about pleasing everyone.

Handle Opposition with Kindness AND Truth 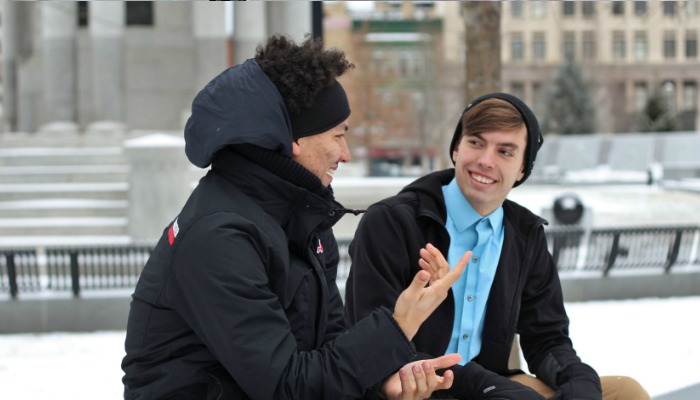 Just as people didn’t like Jesus’ beliefs, remember that some people aren’t going to like your beliefs, and while that stinks (see my personal mantra above), it’s okay. We weren’t made to be like everyone else! We were made to stand out, to speak up, and to serve our King — even when it’s difficult.

But that doesn’t mean that we should throw caution to the wind, climb on our soapboxes, and scream at everyone that they are wrong. When your beliefs are called into question by others — and they will be — you can be truthful and kind at the same time.

Elder Jeffrey R. Holland gave fabulous advice (as if he could ever give any other kind!) on this very topic. He said:

“With admiration and encouragement for everyone who will need to remain steadfast in these latter days, I say to all and especially the youth of the Church that if you haven’t already, you will one day find yourself called upon to defend your faith or perhaps even endure some personal abuse simply because you are a member of The Church of Jesus Christ of Latter-day Saints. Such moments will require both courage and courtesy on your part. . .

Be strong. Live the gospel faithfully even if others around you don’t live it at all. Defend your beliefs with courtesy and with compassion, but defend them” (emphasis added).

Showing courtesy when others don’t understand or appreciate your beliefs doesn’t show lack of conviction or faith. It shows restraint, love, and genuine kindness. We should be sensitive to others’ unique situations, struggles, and hardships, letting them know that we love them always. But remember that being kind doesn’t mean condoning. Jesus loved everyone, but that doesn’t mean He ever approved of sinful behavior because He didn’t. He loved people enough to tell them the truth, even when it was contrary to their lifestyle.

Similarly, remember that Jesus didn’t typically just walk up to people and say, “You’re wrong!” Often, He pointed out others’ errors when they approached Him and asked for His advice or opinion. He wasn’t afraid to preach to anyone, but He also recognized that it’s not always the appropriate time or place to do so — so don’t think that just because Jesus offended people, that it gives us license to offer our unsolicited opinions on others’ lives or choices.

But when someone asks our opinion or the appropriate time comes to share them, we can, like Christ, show love by firmly holding our ground — even when someone else doesn’t like it. Jesus’ beliefs offended lots of people, and His beliefs are our beliefs, too! Knowing that, it shouldn’t be too surprising when our morals and tenets make others mad.

The Savior Himself said:

“If the world hate you, ye know that it hated me before it hated you. If ye were of the world, the world would love his own.”

But here’s the good news: although the world may struggle with your beliefs and become offended when you express them, their opinion doesn’t hold a candle to the Savior’s. His opinion of you is the only one that matters.