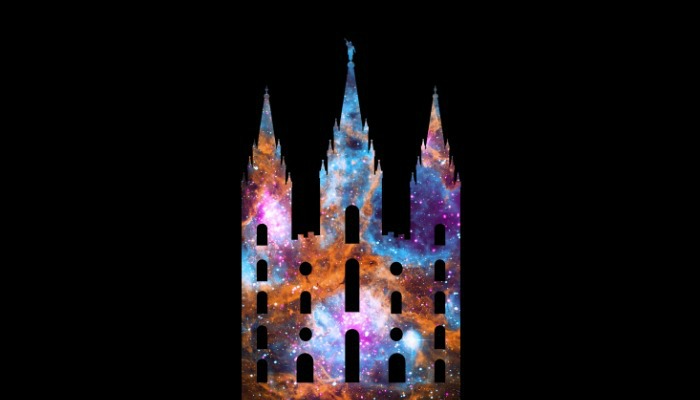 Rumors and misinformation about The Church of Jesus Christ of Latter-day Saints come and go. For example, I think the misconception that we’re not allowed to drink caffeine is slowly dying out. But there are some misconceptions that have been around for decades that are still alive and well. If you’re a member of the Church, I’m sure you’re familiar with them. If you’re not a member of the Church, hopefully we can clear a few things up for you. Let’s do this thing.

1. The Temple Garment is NOT magic underwear (but here’s why people think that)

You’ve heard this one before—that the Garment can stop bullets in their tracks, working as some supernatural armor for the wearer. Yeah, no. Not true. And please don’t attempt to prove me wrong.

But guys, I learned something really cool about the possible origin of this misconception the other day. Travel with me back to Carthage, Illinois, on June 27, 1844. Joseph and Hyrum Smith, Willard Richards, and John Taylor were imprisoned at Carthage Jail when a horde of enemies swarmed the building. Historical evidence suggests that at the time, Joseph, Hyrum, and John were not wearing the Garment (if you’re curious about why, read this FairMormon article).

Joseph and Hyrum were killed. John was shot in his thigh, knee, arm, and hip. His pocket watch stopped another bullet, probably saving his life. Willard, on the other hand, escaped unscathed. He was the only man wearing the Garment. Coincidence? Probably. But people probably didn’t see it that way at the time.

A dude named Hubert Howe Bancroft didn’t help the situation after publishing the following in a book called History of Utah:

This garment protects from disease, and even death, for the bullet of an enemy will not penetrate it. The Prophet Joseph carelessly left off this garment on the day of his death, and had he not done so, he would have escaped unharmed.

Well, good job Hubert. You really screwed that one up. Anyway, the Church has since tried to make it very clear that the Temple Garment serves as protection against temptation.

For more on the Temple Garment and other sacred religious clothing, check this out:

Which leads us to another common misconception with roots in the Restoration.

OK so, temples in a nutshell: In order to live with our Heavenly Father again, we Mormons believe there are sacred rites or rituals we must perform, called ordinances. Yeah, the word ‘ritual’ is kind of freaky, but you’re familiar with at least some of them. For example, baptism. That’s not so foreign, right? Anyway, temples are where we do most of those ordinances, and we literally want everyone in the world to go.

We want everyone to go so bad that we also perform vicarious ordinances for people that have died who never had the opportunity. We believe that they (wherever they are) will have the option to accept those ordinances or not.

The idea that temples are “secretive” stems from the fact that 1. we don’t talk about some ordinances outside the temple and 2. there are standards of worthiness to live by before you yourself can enter.

Just because we don’t talk about what happens inside doesn’t mean it’s a secret. I understand where the misunderstanding comes from, but really I don’t talk about temple ordinances outside the temple for the same reason I don’t live-stream the sacrament every week at church. Some things are still sacred in this world, and by gosh that’s OK.

And if that still sounds secretive to you, here’s a two-minute video because I know you’ve got things to do:

But seriously, we’re not building temples around the world at a rapid pace just to hide some malevolent secret. We want you to go.

3. Joseph Smith was not a con man

The title “con man” traditionally stands for “confidence man,” or, according to the World Wide Web, “a man who cheats or tricks someone by gaining their trust and persuading them to believe something that is not true.” If that’s the definition we’re going with, this rumor is totally untrue.

The idea that Joseph Smith was a con man likely comes from an 1826 court case involving Joseph and one Josiah Stoal (also spelled “Stowell”). But it wasn’t Stoal who brought Joseph to court. It was Stoal’s nephew, who complained that Joseph had swindled his uncle after Joseph had been hired to help search for Spanish treasure. Joseph was never convicted, probably due to the fact that when Josiah Stoal himself took the stand, he defended Joseph. That’s pretty hilarious, if you ask me. Oh, and Stoal later joined the Church (and stayed for the rest of his life).

Anyway, I get the feeling that when some people accuse Joseph of being a con man they may simply be meaning to call him a “convicted” man, which is equally tough to prove. If you want a comprehensive look at Joseph’s life in court, read this article. If you don’t want to do that you can just take my word for it: According to the article, Joseph Smith was involved in nearly fifty criminal cases and never once convicted. I guess people really just had it out for him.

If you’re set on believing that we’re not Christians, I’m probably not going to be able to change your mind. But if your definition of “Christian” matches that of the ever-so-nondenominational Merriam-Webster Dictionary (ahem, “one who professes belief in the teachings of Jesus Christ”), then I’ll just leave this scripture from The Book of Mormon right here:

In fact, according to an old Ensign article, The Book of Mormon mentions Christ almost 4,000 times, “an average of every 1.7 verses in the Book of Mormon.” And we haven’t even scratched the surface of other canonical books yet. Like the Bible.

Jesus Christ is our Lord and Savior. The Son of God. The Redeemer of mankind. We love Him, learn of Him, and try to live like Him.

5. Mormons DO believe in the Holy Bible

In 1842, Joseph Smith wrote down 13 “Articles of Faith” that detail some of the core beliefs of Mormonism. Number eight says this:

The Bible is essential. Yes, we believe in additional scripture, but that doesn’t downplay the importance of the Bible. It’s not meant to replace the Bible in any way, but rather to work hand in hand with it. I don’t know any other way to clear up this misconception than to say with all the resoluteness I can muster through a combination of words, the Bible is just as important to Mormons as it is to any other Christian denomination.

Learn something new? Have anything to add? Know someone who should read this? Leave us (or them) a comment.