Faith Defending the Faith Is Mormonism a New Religion 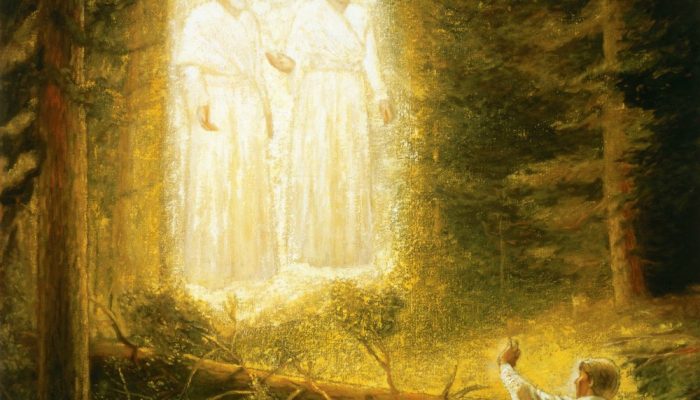 Is Mormonism a Religion?

A basic definition of the word “religion” is “the belief in and worship of a superhuman controlling power, especially a personal God or gods.” Based on that definition, all of the major faiths throughout the world could be classified as religious sects. That should also include Mormonism, the doctrines and practices of The Church of Jesus Christ of Latter-day Saints (inadvertently referred to as the Mormon Church by the media and others), however, there are many people who do not view Mormonism as a “religion” in the Christian sense of the word, but rather they view it as a practicing cult. 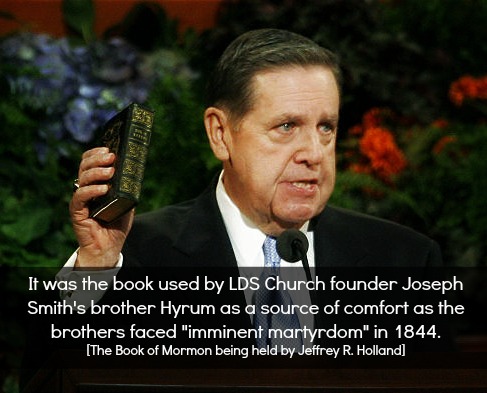 Merriam-Webster.com defines the word “cult” as “a religion regarded as unorthodox or spurious to include its body of adherents.” Another definition of the word “cult” is “a relatively small group of people having religious beliefs or practices regarded by others as strange or sinister.” Both of these definitions could adequately describe how many people view The Church of Jesus Christ of Latter-day Saints and its members, known as Latter-day Saints (but often referred to as Mormons), with the exception that the membership in The Church of Jesus Christ has grown significantly since its inception both in number of members and area covered. In 1830 when the Church of Jesus Christ was just beginning, there were only 6 members, but today there are over 14 million members worldwide.

It is interesting to note that Merriam-Webster uses the word “religion” in its definition of the word “cult.” Of equal interest is that suitable synonyms for the word “cult” are worship, religion, and adoration. Members of The Church of Jesus Christ of Latter-day Saints worship and adore Jesus Christ, the same Jesus Christ whose teachings are found in the Christian Holy Bible, and whose name the Church itself bears. Therefore, it would seem that after all the pieces of the proverbial puzzle are conjoined, it would prove more precise to say that Mormonism is a religion, but it is a religion that is misunderstood by many.

Is Mormonism a “New Religious Movement”?

Wikipedia, the free encyclopedia, defines a “New Religious Movement” as:

A new religious movement (NRM) is a religious community or ethical, spiritual, or philosophical group of modern origins, which has a peripheral place within its nation’s dominant religious culture. NRMs may be novel in origin or they may be part of a wider religion, in which case they will be distinct from pre-existing denominations. Scholars studying the sociology of religion have almost unanimously adopted this term as a neutral alternative to the word cult, which is often considered derogatory. [1]

Use of the term “New Religious Movement” normally requires that the group with whom the term is associated be both of recent origin and different from existing religions.

Some scholars also have a more restricted approach to what counts as “different from existing religions”. For them, “difference” applies to a faith that, although it may be seen as part of an existing religion, meets with rejection from that religion for not sharing the same basic creed or declares itself either separate from the existing religion or even “the only right” faith.

NRMs vary in terms of leadership; authority; concepts of the individual, family, and gender; teachings; organizational structures; and in other ways. [1]

Based on the aforementioned information, Mormonism could be thought of in a sense as a “New Religious Movement, but not necessarily as a “new” religion.

What distinguishes The Church of Jesus Christ from other Christian churches?

Many may classify Mormonism as being non-Christian because some of its doctrinal teachings differ from those of mainstream Christianity. One doctrine in particular is the doctrine of the Godhead. Much of Christendom, not all of it, believes in the doctrine of the “Trinity” – a term which is not found within the entire text of the Holy Bible.

The word “Trinity” comes from the Latin noun “trinitas” meaning “three are one.” Therefore, the doctrine of the Trinity expresses the belief or idea that God is one being made up of three distinct personages – the Father, the Son, and the Holy Spirit – who are co-equal in existence, as well as co-eternal in communion. Mormons, or Latter-day Saints as they are properly called, believe and teach as part of their doctrine that God the Eternal Father, His Son, Jesus Christ and the Holy Spirit are indeed distinct personages of the Godhead, and they are indeed one, but one in purpose and in mission, but not one in the same person.

Stephen Edward Robinson, a religious scholar and apologist, and a member of The Church of Jesus Christ of Latter-day Saints, commented in his May 1998, New Era magazine article titled Are Mormons Christian?

What Latter-day Saints do not believe is the non-Biblical doctrine formulated by the councils of Nicaea (A.D. 325) and Chalcedon (A.D. 451) centuries after the time of Jesus—the doctrine that God is three coequal persons in one substance or essence. We do not believe it because it is not scriptural. As Harper’s Bible Dictionary states: “The formal doctrine of the Trinity as it was defined by the great church councils of the fourth and fifth centuries is not to be found in the New Testament.”

Jesus didn’t teach the Nicene doctrine of the Trinity. The New Testament writers didn’t have any idea of it. The doctrine itself wasn’t invented until centuries later. So one can’t say the Latter-day Saints are not true Christians for not accepting it, unless one also excludes Jesus, his disciples, and the New Testament Church, who similarly did not know or teach it. [2]

Does the use of additional scripture indicate that Mormonism is a new religion?

There are those who will contend that the Bible contains all the scripture that man needs. They further profess that there are no new revelations as God no longer speaks to man as He once did. Such preconceived notions supposes that the Heavens have been closed. Latter-day Saints believe that the Heavens are not closed and that God’s Word never ceases, therefore, He still speaks to the hearts and minds of men today, as He did in times past.

I have frequently asked non-LDS critics exactly which Book of Mormon teachings about Jesus Christ they disagree with. Invariably the response has been that it isn’t what the Book of Mormon says that is offensive to them—it is the Book of Mormon itself. Most anti-Mormons reject the LDS scriptures without knowing or caring what those scriptures actually teach about Christ. [2]

Conclusion: Is Mormonism a “new” religion?

The question that begs an answer is not necessarily, “Is Mormonism a “new” religion?” but rather, “Does Christendom accept Mormonism as a religion?” And if Mormonism is accepted as a religion, then the follow-on question might be, “What is it that causes many Christians to criticize this one religion as they do?” Perhaps it is exactly as Stephen Edward Robinson stated in his article:

You see, it isn’t really the LDS doctrine of Christ that is objectionable; rather, it is the claim that Joseph Smith was a prophet of God, that the Book of Mormon is God’s word, and that the gospel has been restored to the earth in the latter days. [2]

Scripture teaches, “Ye shall know them by their fruits. Do men gather grapes of thorns, or figs of thistles?” (Matthew 7:16; compare 3 Nephi 14:16). And so, you are cordially invited to “Come and see” for yourself what Mormonism truly teaches by visiting and worshipping with a local LDS congregation near you.

The Lord Jesus Christ in Mormonism

Request a Free Book of Mormon

You Are Invited to Worship with a Local LDS Congregation