Faith Defending the Faith The Problem with ‘Yeah, but’ Discipleship 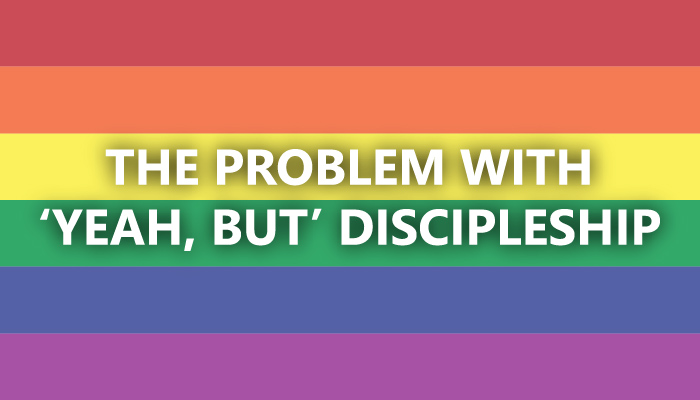 In recent months, the Church has issued statements on three issues of public concern. The first dealt with Syrian refugees, the second with handling same-sex marriages involving Church members, and the third with the occupation of a federal building in Oregon by an armed militia composed partially or totally by members of the Church.

In each case, the Church’s statements were unambiguous. And in each case, some Church members were rubbed the wrong way by what our leadership had to say. I’ve spent some time (more than the situation merited) reading comments online from purported members of the Church regarding all three of these statements (one a letter, one a change in the Church handbook, and one a press release), and I’m surprised at the level of “Yeah, but” discipleship that those responses reflect.

The Church says to love and support the refugees. “Yeah, but, I think Muslims are all terrorists, and I can’t support this invasion of America. The Church leaders are being naive.”

The Church reaffirms that same-sex marriage is inconsistent with Church doctrine and puts rules in place for handling children of such marriages. “Yeah, but, I think Church is behind the times on this. I think people have a right to marry who they want.  The Church leaders are being homophobic. And this isn’t consistent with how I think the atonement works.”

The Church unequivocally states that an armed takeover of a federal building is contrary to revealed scripture and inconsistent with Church teachings. “Yeah, but, I only need to support Constitutional governments, and I don’t think that the federal government is complying with its own laws. Besides, the federal government was nasty to the Church in the 1800s, so they should be supportive of what these patriots are doing. The Church leaders don’t understand their own scriptures.”

Or, my own personal weakness: “Yeah, I’m supposed to go to high priests’, but those meetings drain my soul like a dementor’s kiss.”

All of us doing it, however, doesn’t make it right, and “Yeah, but” discipleship is a particularly dangerous form of doctrinal diversion. It amounts to a rejection of core elements of what makes us Latter-day Saints.

First, it demonstrates a distorted view of our relationship with God. The Plan of Salvation is our Heavenly Father’s plan by which we have the best (and only) opportunity to become like Him. The rules of the mortality game are well-established by our Father, but our arrogance and pride elevate our self-image to the point that we believe we know a better way.

We are wiser, more modern, more progressive, more compassionate, more “whatever” than our Father in Heaven, and consequently we demand that He conform to our expectations of Him. It is the equivalent of Christ entering the room and us demanding to see his driver’s license. But our progression in this life is determined by our following the path that the Father has set out for us, not by blazing new trails based upon our limited view of the landscape.

Second, it rejects what we teach about priesthood authority and acting within the scope of our stewardship. Too 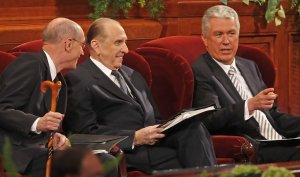 many well-intentioned members of the Church believe that they have had more relevant revelation on certain topics than the established priesthood leadership. They invoke overused hypotheticals (what if the prophet claimed to have a revelation that you should jump off a cliff/kill your neighbor/marry a monkey?) and conclude that not only should we seek personal confirmation of what priesthood leadership tells us, but if we don’t get such confirmation, we need to convince our leaders of the error of their ways.

Church leaders are too old, too white, too stodgy, too bald, and too male in order to really know what they are talking about. I, on the other hand, am educated, enlightened, and good looking. Therefore, I know the way. Such is not the “wisdom and order” that our Father in Heaven has established for His Church. While asking questions, even challenging questions, is wholly appropriate, imposing our own answers on the Church is not.

One of the interesting things about “Yeah, but” discipleship is that expressions of its dogma are almost always followed with the word, “I.” It becomes, “Yeah, but. I” discipleship. I think differently.  I don’t agree. I have had more relevant experiences. I understand the scriptures better. It is an unequivocal announcement of our own pride, in which our views, thoughts, and opinions are placed higher than the expressed word of the Lord. It is a declaration that we have written and intend to follow our own preferred plans of happiness and expect to get the same result (or better) than we will get from the Plan set forth by an all-knowing and all-loving Father in Heaven. 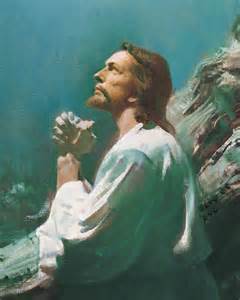 No mortal ever has been faced with a more difficult celestial chore than Christ in the Garden of Gethsemane. If ever there were a time for “Yeah, but” discipleship, this was it. “Yeah, but there has to be another way!” Instead, our Savior demonstrated perfectly how to respond to difficult directives: “Father, if thou be willing, remove this cup from me: nevertheless not my will, but thine, be done.” Even the Great I AM placed His will second to that of the Father. If Christ was unwilling to overwrite God’s instructions, we should be far more hesitant to do so. 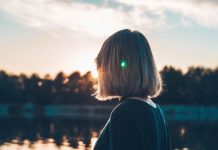 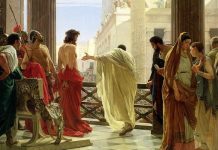 John 10: Who Caused Christ to Die? 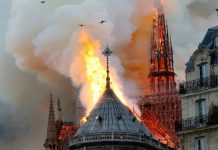 Sometimes, Like Notre Dame, God Lets Us Burn; Here’s Why