Faith Are You Willing to Dwell in the Valley of Lemuel? 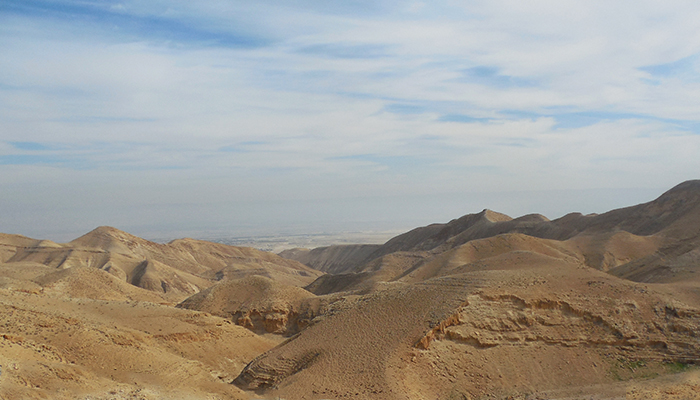 Dwelling in the Valley of Lemuel is a crucial first step in Lehi and his family’s journey to the promised land.

Their journey begins in this valley, just a few days outside of Jerusalem.

From here Lehi’s sons go back to Jerusalem to get the plates, and then go back again to get Ishmael’s family. It is here that they build an altar to give thanks; speak with great power; know the mysteries of God; have dreams of the tree of life; find the Liahona; and receive commandments, guidance, and the assurance that God is taking them to a promised land.

Repeatedly Nephi reminds his reader, “And all these things did my father see, and hear, and speak, as he dwelt in a tent, in the valley of Lemuel.”

What is so important about dwelling in the Valley of Lemuel? Why does Nephi dedicate 16 chapters to their time here? What did they need to learn and prove before receiving the command and the tools to continue on their journey into wilderness and to the promised land?

What is the Valley of Lemuel?

When first arriving in the valley, Lehi chooses to call it after his son Lemuel. He then admonishes Lemuel to be like the valley “firm and steadfast, and immovable in keeping the commandments of God.”

Something that is immovable not only won’t be moved; it can’t be moved.

It is impossible to move a valley. Even a mountain can be moved, but not a valley. It can be dug deeper; it can be covered, but it cannot be moved. Nothing is more firm, steadfast and immovable.

Lehi is imploring his son to be this immovable in his obedience—so deeply committed that it is impossible to not obey, death would come first.

How Do We Dwell in the Valley of Lemuel?

Nephi explains how his father captured this vision when he describes, “He was obedient unto the word of the Lord, wherefore he did as the Lord commanded him.”

In other words, Lehi had the attribute of obedience, so naturally the actions of obedience followed. He was obedient, period. No matter what the Lord asked him to do, he would do it. He was immovable in keeping the commandments of God.

Lehi was dwelling in the valley of Lemuel.

Shadrach, Meshach and Abednego were commanded by King Nebuchadnezzar, along with all the rulers of his kingdom, to worship a golden image or be thrown in the furnace.

As the cornet, flute, harp, sackbut, psaltery and dulcimer began to sound, the entire congregation fell to their knees, except three lone and completely conspicuous figures. As promised, these three young men were  brought in front of a fiery furnace and a furious king. But instead of throwing them in immediately, he gave them a second chance to bow down to the idol and save their lives.

In that critical moment, they did not need to pause to deliberate—they immediately and definitively answered, one speaking for all of them. Each knew without question that his companions were immovable, so one could answer to life or death for all.

Years later, under the control of another Kingdom, Daniel also faced the choice of obedience or death. King Darius signed an unalterable decree stating that anyone who shall petition any God or man besides the king for 30 days shall be cast into a den of lions.

“Now when Daniel knew that the writing was signed, he went into his house; and his windows being open in his chamber toward Jerusalem, he kneeled upon his knees three times a day, and prayed, and gave thanks before his God, as he did aforetime.”

The King’s decree did not change anything for Daniel. He could not be moved, no matter the cost. He did not justify 30 days of silent prayers, nor did he close his windows and continue his worship privately. Nothing changed.

When we likewise commit to absolute, immovable obedience, our journey to the promised land has begun. God can do something with people like that.

When we have proved ourselves in the Valley of Lemuel, He can take us through years in the wilderness and storms on the sea, knowing that we will not falter along our own paths to the promised land.