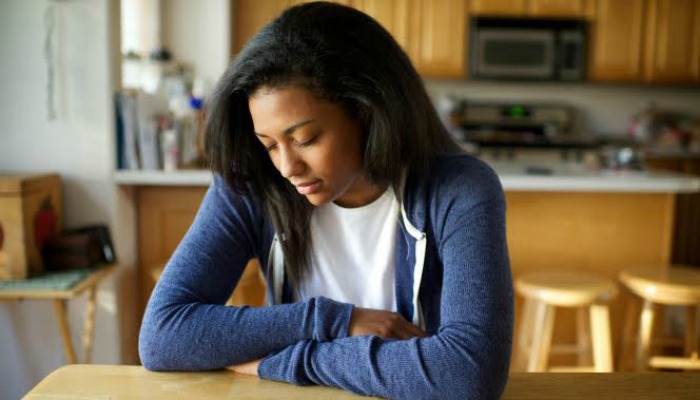 I heard it in seminary. I heard it in institute. I heard it in devotionals, in religion classes, and in Sunday School. By the time I’d finished my religion credits at BYU – Idaho, I was probably mumbling it in my sleep and setting it to music.

It’s a truth we all know: faith precedes the miracle.

It’s been proven over and over, from Daniel being cast into the lion’s den to Nephi breaking the cords that attempted to hold him captive, set in place by his always-congenial older brothers. First Daniel and Nephi had faith; then they were delivered from their trials.

Joseph Smith was delivered at the last moment from Satan’s grasp in the Sacred Grove. Only when he cried out to God was he set free from the darkness that engulfed him. Though the scenario might have been different, the outcome was the same for Alma the Younger, who was liberated from his intense suffering after finally crying out to Christ.

Faith Isn’t All that Comes Before a Miracle

So there we have it. The formula is simple. Faith → Miracles.

All of these stories have something else in common. And it’s not something obscure, like that maybe they all really liked pizza, so you have to have faith + pizza to enable a miracle.

It’s that they all had struggles. Every single account we read of a miracle occurring in the scriptures is the direct result of a trial through which the individual or group had to endure faithfully.

Daniel was thrown into the lion’s den after refusing to worship the king. Nephi was tied up by Laman and Lemuel because he tried to talk to them about obedience to God. Joseph Smith was enveloped by the power of the adversary. Alma the Younger faced the awful torment that was the consequence of his sins.

Something else they had in common? None of these men suffered for just five minutes before Heavenly Father delivered them. True, Nephi and Joseph may or may not have suffered for a short time in the particular experiences mentioned, but they also dealt with a great deal of personal sorrow and suffering throughout their lives.

Enduring something rarely applies to a 60-minute window. Often it means enduring for a long time and enduring with patience and faith.

We’ve all had issues and trials that we’ve had to deal with, and I’m certainly not exempt from that.

I grew up on the East Coast, but I decided to attend school at Brigham Young University – Idaho. It was 2,000 miles from my home and I knew less than a handful of people there. I was scared and lonely, but I knew I would grow to love it.

Then I got sick.

I began having extreme stomach pain daily, which was only made scarier by the fact that I had no family around. I was diagnosed with a virus that would last about two weeks. The doctor advised me to let it run its course and assured me that I would be feeling better soon.

But I didn’t. That was six years ago, and to this day I still get excruciatingly painful stomach aches. I’ve been blessed to have medical help that’s alleviated some of the pain I feel on a day-to-day basis, but it still isn’t completely gone and it probably never will be.

I wish I could say that I’ve always endured this affliction with strength and grace; that I’ve never questioned why Heavenly Father lets me suffer through this trial. There have been times where I’ve felt abandoned and wondered where on Earth was MY miracle? Why wasn’t Heavenly Father curing my illness and allowing me to be a normal person?

In spite of my moments of doubt, I did have faith and I certainly was facing a large struggle. So I felt that my miracle was just about due.

But the miracle I felt I deserved — having this affliction lifted from me — has yet to be fulfilled.

Yet I’ve had other miracles: being able to successfully complete a mission in spite of health issues, finding medications that have reduced my pain, finding a spouse who is loving, understanding, and kind — especially when I’m feeling sick.

Miracles, even if they weren’t the ones I prayed specifically for, came. But they only came — and I only recognized them — because of the trial I’ve faced.

Yes, I still have days when I just yearn to be a “normal person” who doesn’t have to abruptly leave dinner with friends because my stomach hurts so badly. I still cry about it sometimes and I still get frustrated. But understanding that miracles only come as a direct result of my trial combined with my faith encourages me and allows me to see beyond the present with hope.

God Gives Us the Miracles We Need

We learn in 2 Corinthians 12 that Paul had a “thorn in the flesh,” or some trial that came as a result of mortality. Just as I did, Paul asked the Lord to take his trial from him. But the Lord didn’t.

Instead of becoming bitter, Paul chose to become better. He recognized that the Lord strengthens us through our trials, which make them, in their own way, blessings. Paul said, “Most gladly therefore will I rather glory in my infirmities, that the power of Christ may rest upon me.”

Paul had faith in the Lord and in His plan. He wrestled and struggled with his “thorn in the flesh,” but then was able to feel God’s grace and receive the miracle of peace and hope that allowed him to “glory in his infirmities” because he knew that his trial brought him closer to God.

Now that doesn’t mean that every time Paul suffered, he went out and purchased balloons and streamers so that he could throw a party. It doesn’t mean that every time I have a stomach ache, I’m supposed to create a banner that says, “I HEART MY HEALTH ISSUES.” I don’t think Paul necessarily clapped his hands in joy every time he experienced pain because frankly, that seems a little crazy. Rather, I believe that he rejoiced in knowing that his pain and anguish refined him and made him better; that his afflictions and tribulations allowed him to feel closer to the God of miracles.

Yet not one of those miracles came before I struggled. None of them were answered before I suffered and ached and plead with the Lord.

So yes, miracles are wonderful and we pray for and hope for them. But the formula isn’t as simple as faith → miracle.

It’s faith + trials, grief, and a humble heart that allows God to grant us miracles. And the perfect miracle isn’t the one you think you want — it’s the one that God knows you need.